Ahead of the start of the season, West Ham United have added Nayef Aguerd from Stade Rennais and Flynn Downes from Swansea City. They are yet to sign a high-quality attacker despite being linked with many names throughout the summer. It is something the club manager, David Moyes, is keen to address. Despite signing Downes from Swansea City to bolster the midfield, the Hammers, along with a few other Premier League teams, are interested in bringing in Lille OSC midfielder, Amadou Onana. 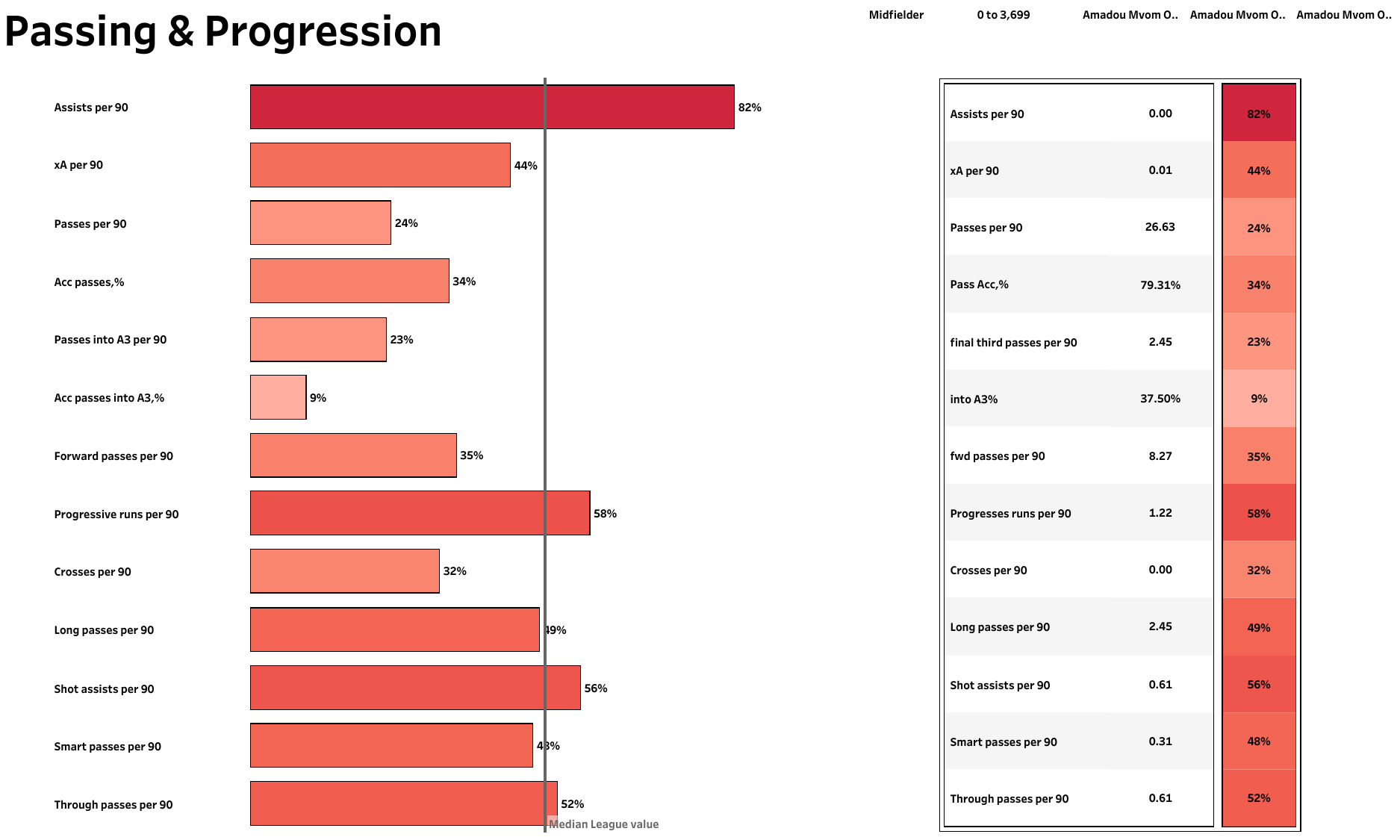 Onana featured in 42 matches across all competitions for Lille last season, including all eight UEFA Champions League matches. He started only two games and was used as a substitute in the remaining six. as a result, he could accumulate only 255 minutes in the competition. In the limited game-time he received, Onana attempted nearly 27 passes per 90 at just 79.3% accuracy, placing him in the bottom third among midfielders in both categories. With just eight forward passes per 90, he did not progress the ball as well as other midfielders. His 1.22 progressive runs per 90 put him in the upper half among midfielders, but only barely. The same can be applied for shot assists per 90 and through passes per 90. 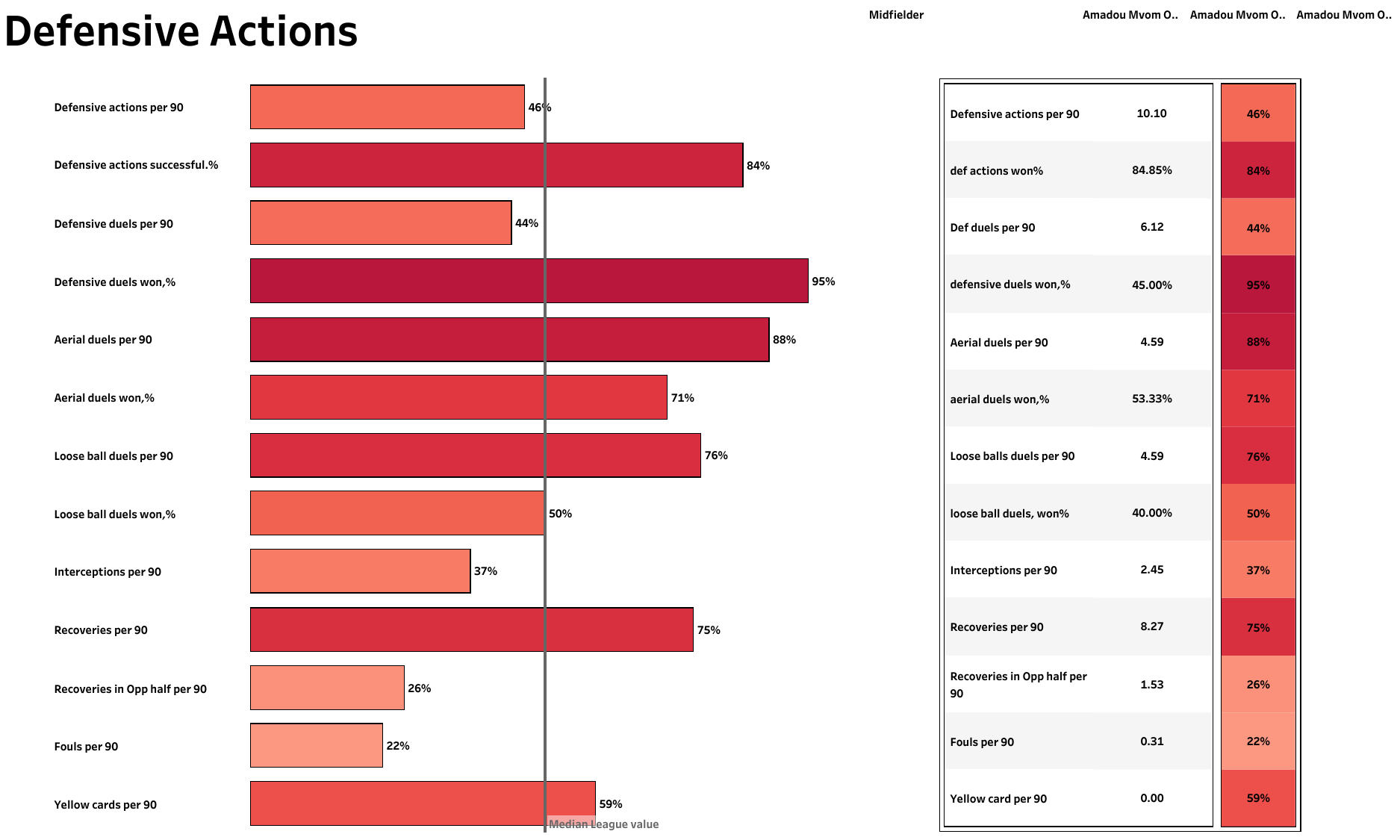 Onana put up just above 10 defensive actions per 90 but was highly successful as he won nearly 85% of his actions. He attempted only 6.12 defensive duels per 90 but had an enormous 45% success rate, the latter placing him in the 95th percentile for midfielders. The Belgian midfielder, who was born in the Senegalese capital of Dakar, used his massive height of 195 cm to attempt 4.6 aerial duels per 90, though he could win only 53.3% of them, which is a bit lower than expected. He won 40% of his loose ball duels, which is exactly the median value for midfielders. With 8.27 recoveries per 90, he was placed in the upper quartile. 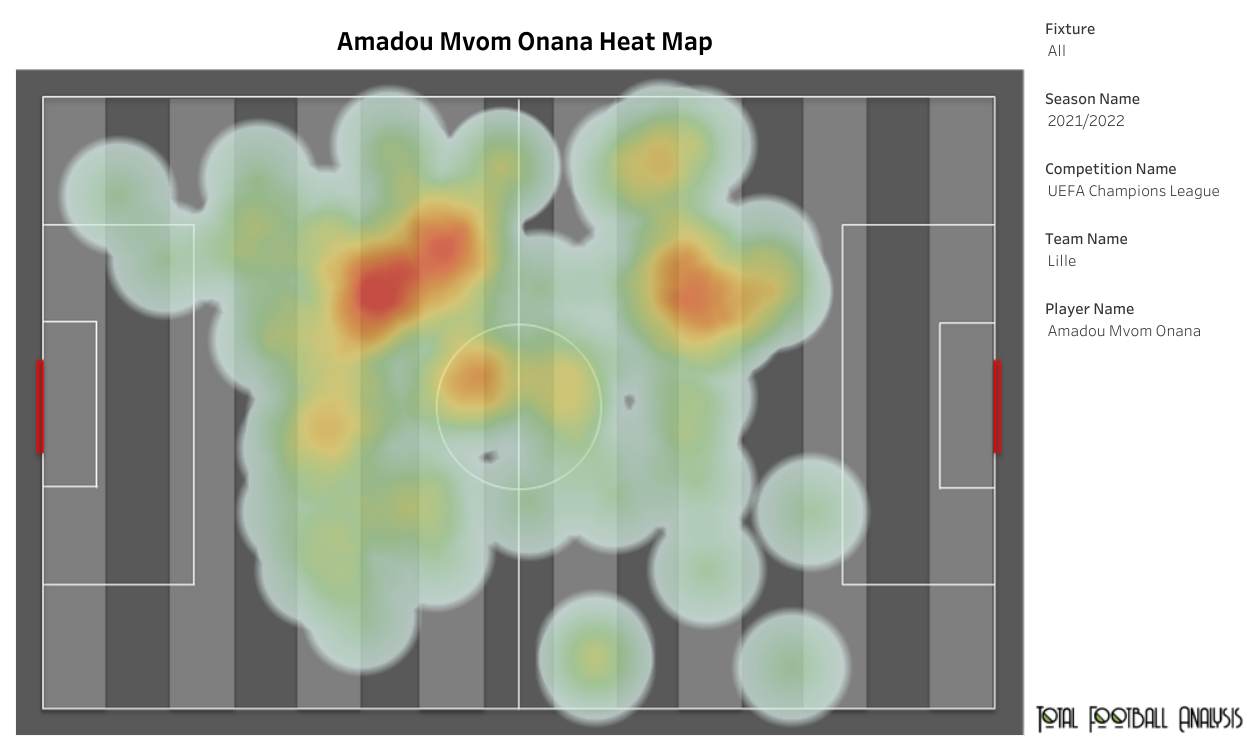 Onana mostly occupied the base of the midfield and often spent a lot more time in his half than in the opposition’s half. During his limited game-time, he completed five progressive passes, 11 balls into the final third and four progressive carries. He also registered four touches in the attacking penalty area and took two shots, though not even one hit the target. 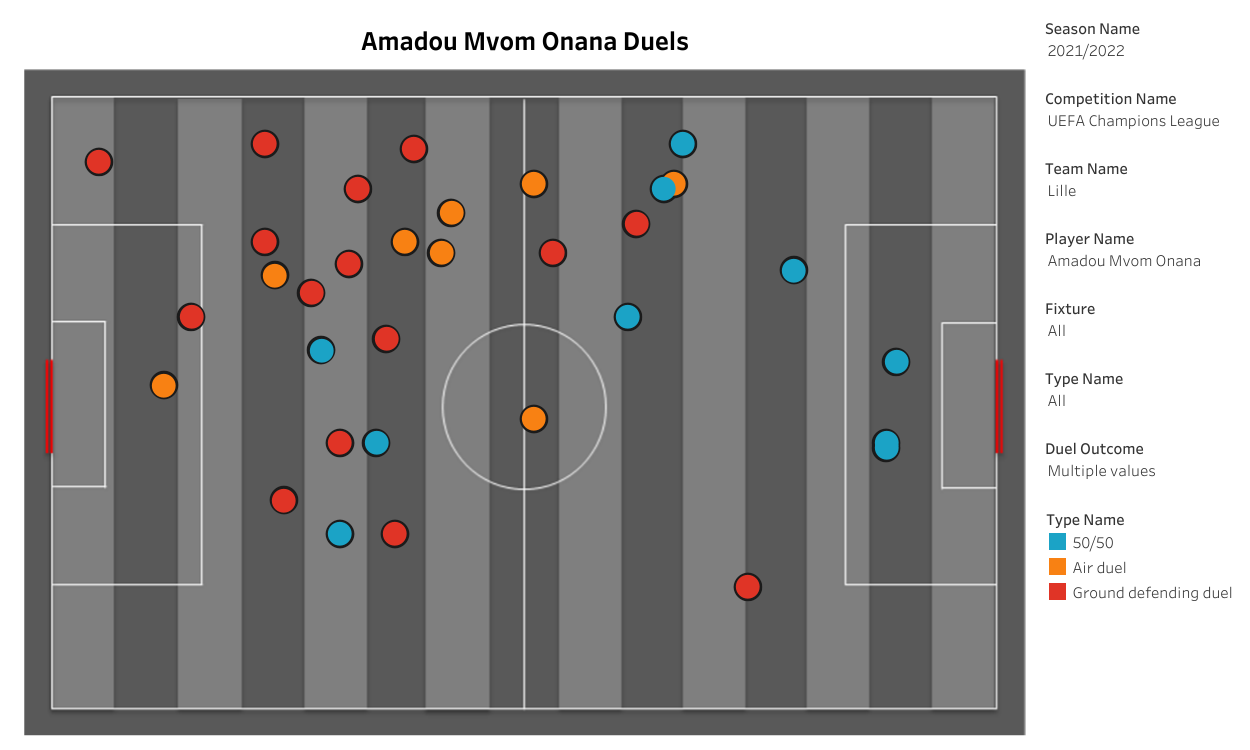 In his limited game-time, Onana won more ground-based defending duels and 50/50s than aerial duels. He attempted 53 pressures (22 of which were successful), 13 tackles and interceptions, six clearances and four blocks.

Amadou Onana’s bid by West Ham United was recently rejected by Lille. And with the signing of Flynn Downes, the Hammers do not really need the Belgian midfielder. He is more likely to go to another Premier League team or stay with Lille than join the London Stadium.