Having once challenged for a top-four finish last season, West Ham United will be disappointed with a seventh-place finish. While Declan Rice looks set to stay at the London Stadium barring a miracle, other areas of the Hammers squad need reinforcements ahead of the start of the season, most notably in the attacking areas. Jarrod Bowen, Said Benrahma and Michail Antonio are the only out-and-out forwards in the squad. To add depth and provide competition to these players, West Ham are reportedly targeting Burnley’s Dwight McNeil. 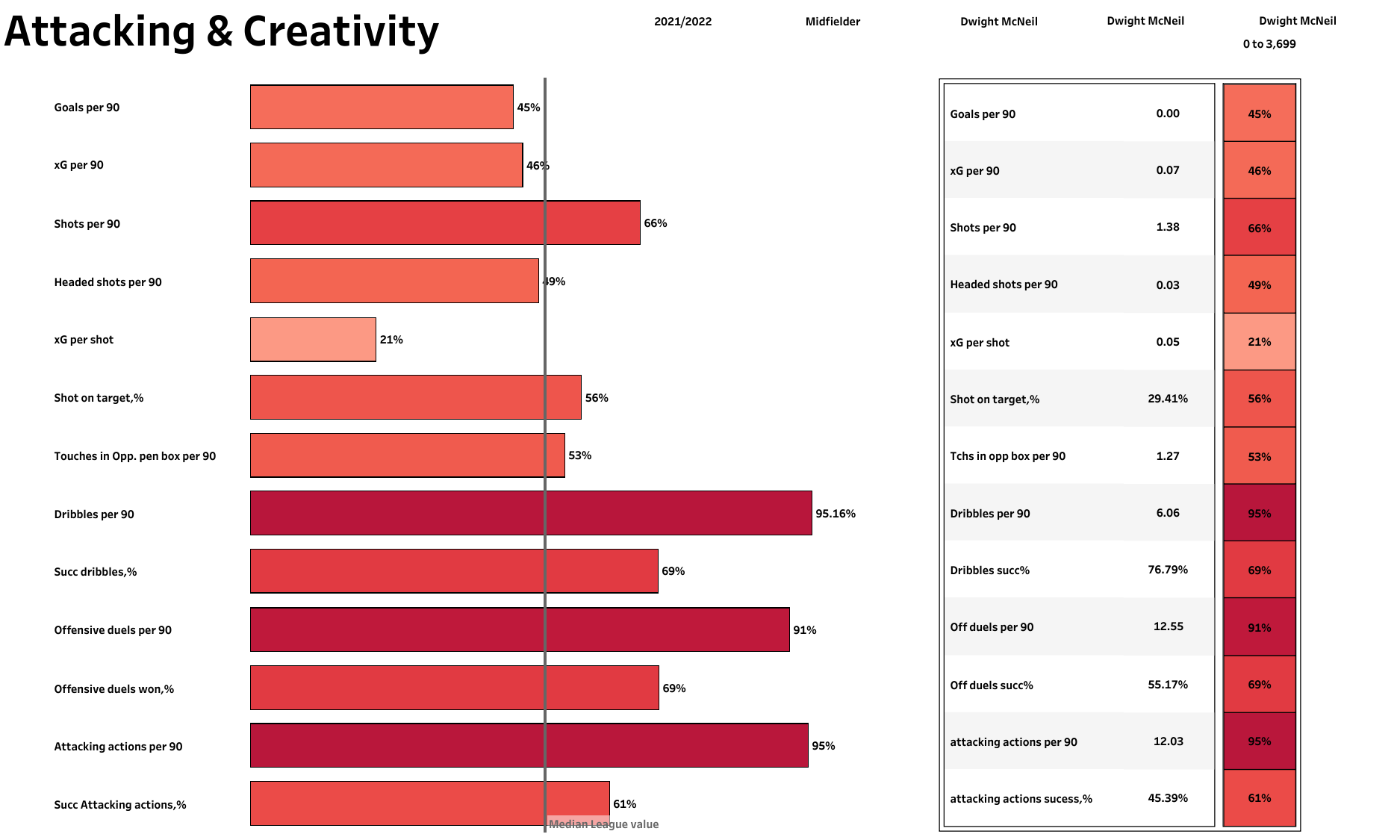 McNeil featured in all 38 games for Burnley in the recently concluded 2021-22 Premier League season where they were relegated. He failed to score even once despite having an xG of 2.3, according to FBREF. He fired off 1.38 shots per 90 but could muster only 29.4% of them on target. McNeil attempted just over six dribbles per 90 and completed nearly 77% of them. He contested in over 12 offensive duels per 90 and won slightly more than 55% of the encounters. Similarly, he was involved in just above 12 attacking actions per 90 and succeeded in 45% of them. 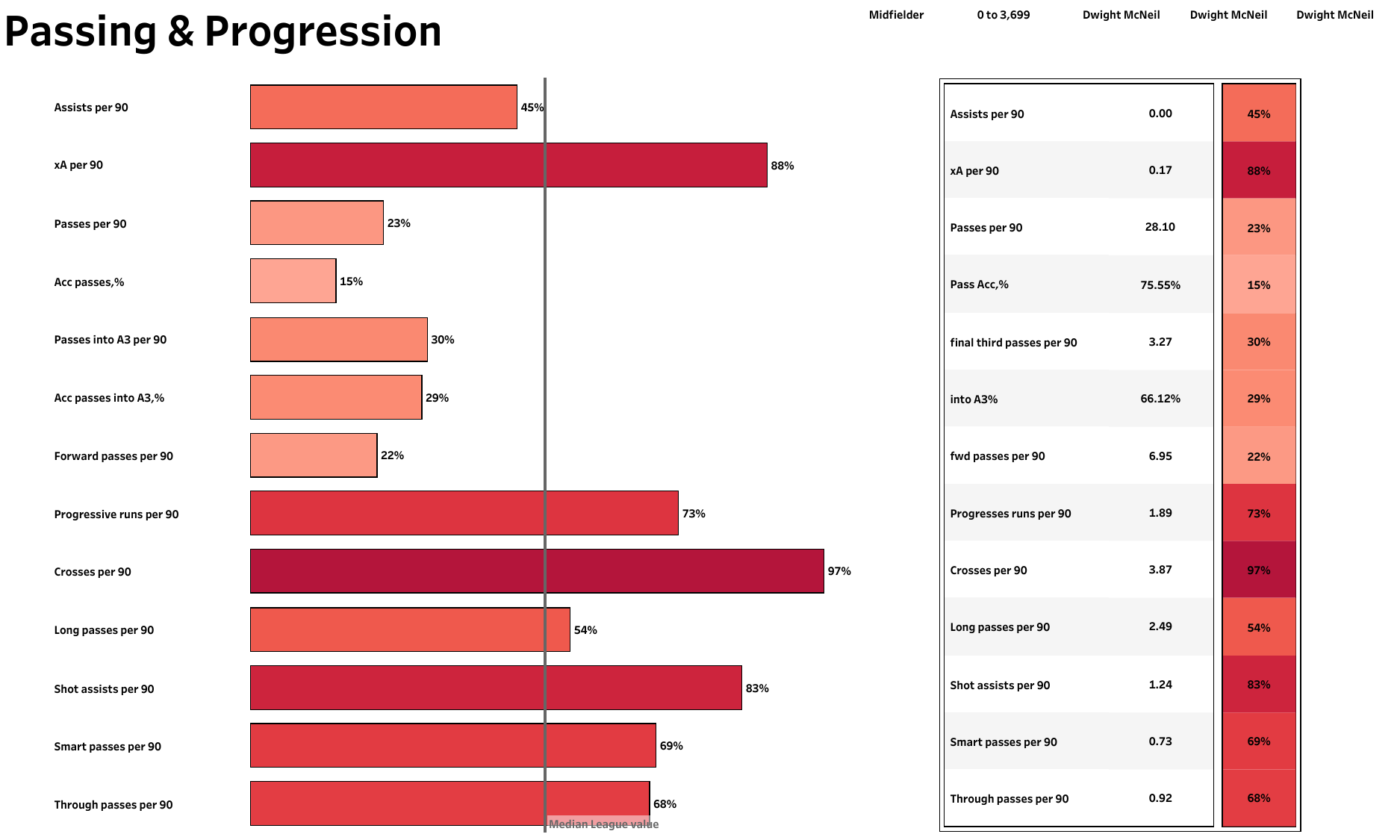 If McNeil underperformed against xG, then he vastly underperformed against xA as he provided only one assist despite generating an xA per 90 of 0.17. For perspective, the latter put him in the top 12%. He had very little involvement during the game as he averaged only 28 pass attempts per 90 at a pitiful 75.5% pass accuracy, ranking him in the bottom quartile in both categories. He did not perform well in ball progression as well, as he attempted only 3.2 passes into the final third per 90 and only two-thirds of them found a teammate. However, the Englishman completed 3.87 crosses per 90, which placed him in the 97th percentile. He also managed to generate 1.24 shot assists per 90, putting him in the upper quintile. 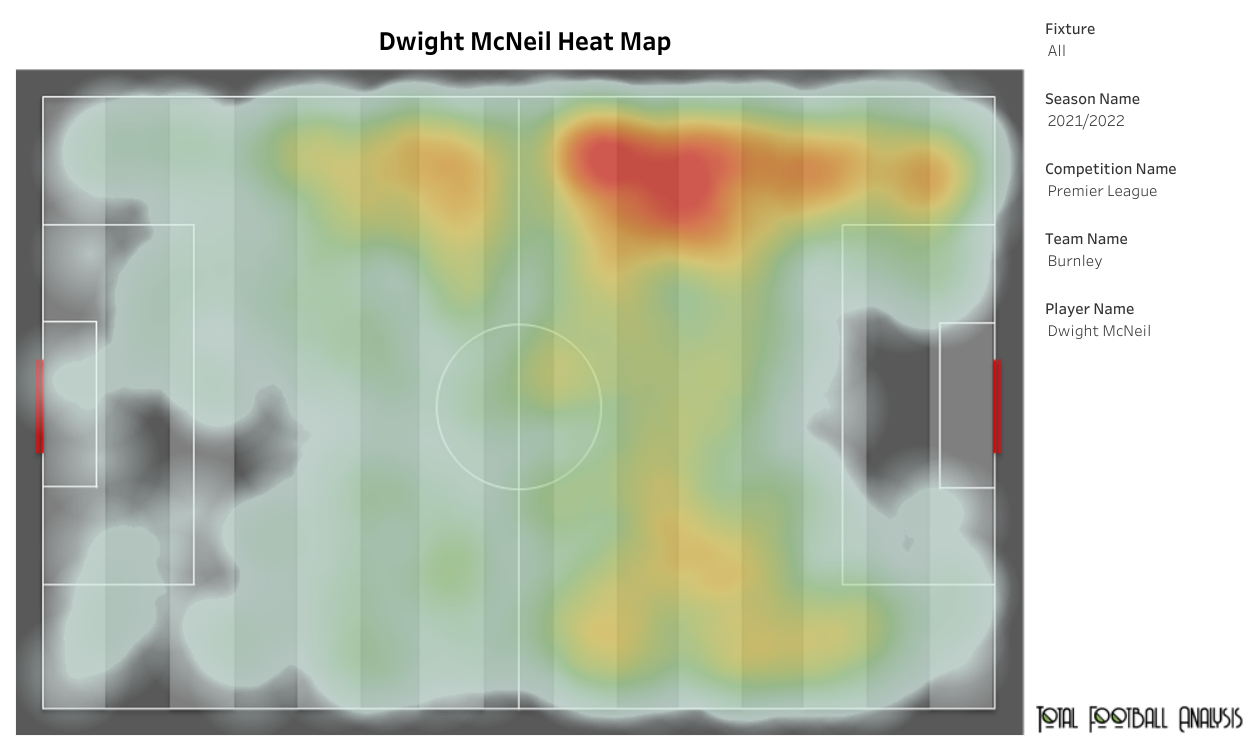 As shown in the heat map above, McNeil was most active on the left wing in the final third for Burnley. He even played 11 times on the right flank throughout the campaign. Despite his attacking inefficiencies, the Englishman worked hard off the ball as he attempted 19.7 pressures per 90, 3.91 tackles and interceptions per 90 and 2.38 blocks per 90. 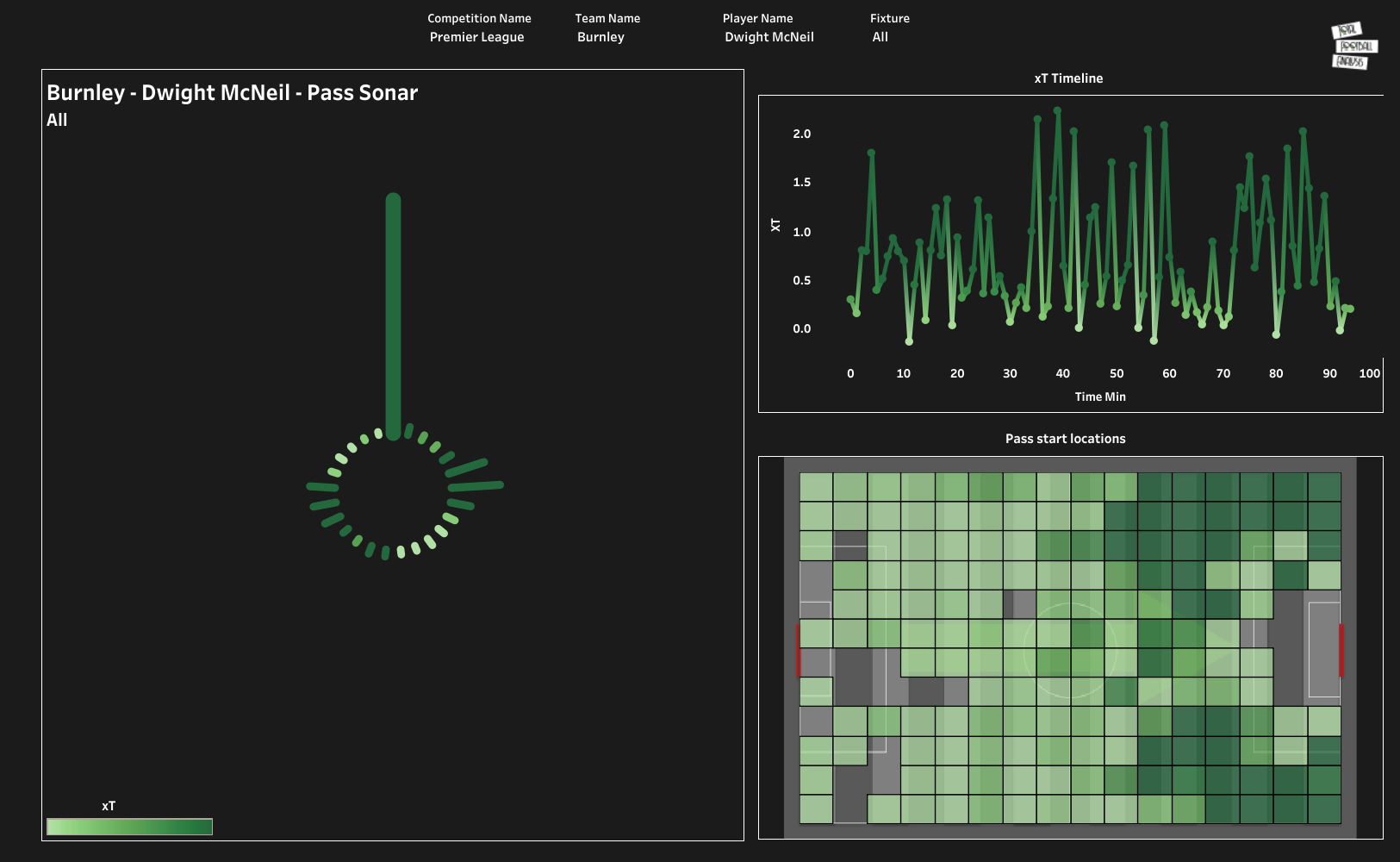 Had Dwight McNeil performed close to what xG and xA had predicted, he would have added to the attacking depth. However, as he vastly underperformed against the two metrics, the Hammers might be making a mistake if they sign the 22-year-old player.