Emmanuel Dennis has been one of the very few shining lights for Watford this season as the Hornets were relegated from the Premier League after just one season. The Nigerian striker finished the season as the club’s top goalscorer as well as the top assist provider. The Abuja-born man has formally requested to leave Watford this summer. One of the destinations he has been linked with is West Ham United. With that in mind, let us review the Nigerian’s season at Vicarage Road. 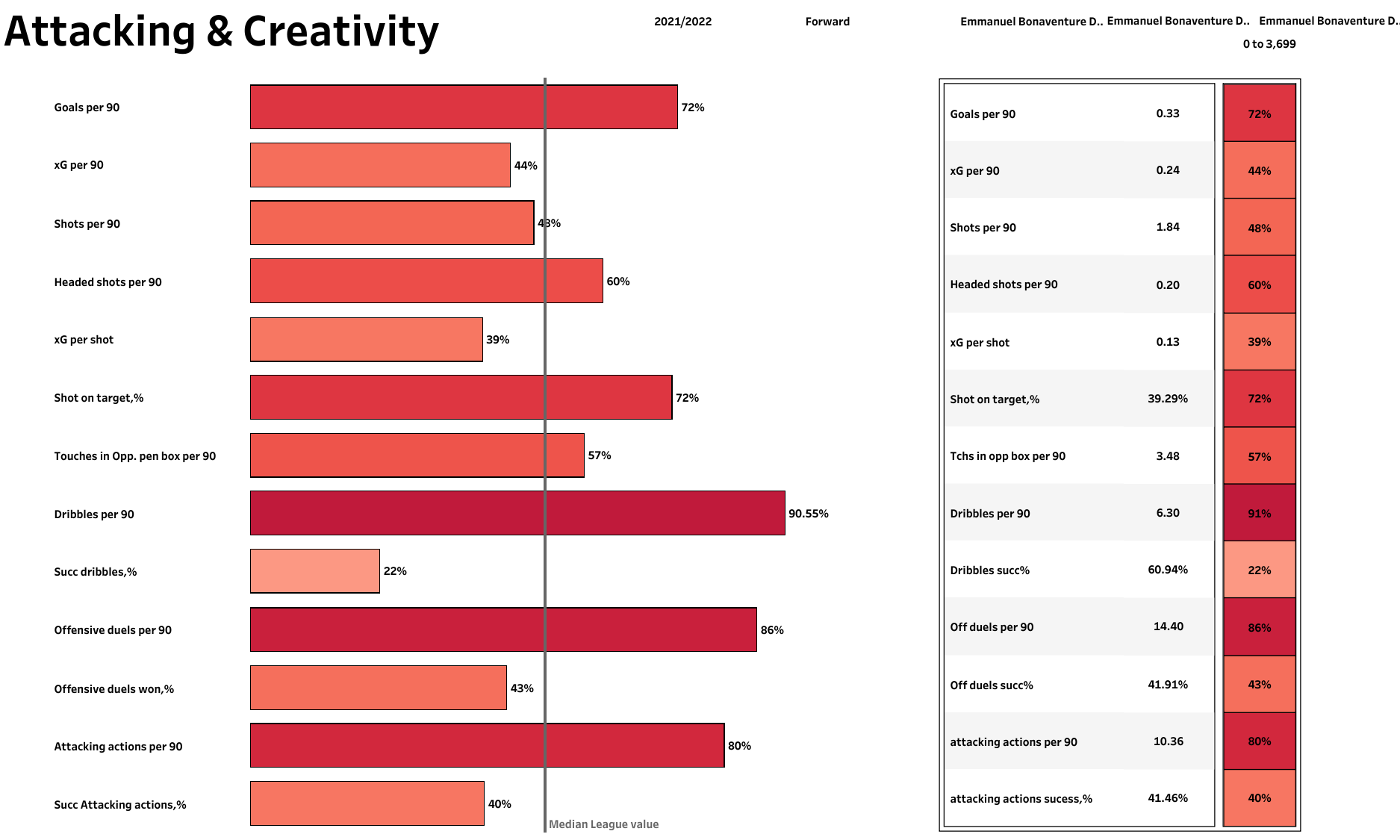 Dennis joined Watford from Belgian league champions, Club Brugge, in the summer of 2021. He ended the campaign as the team’s top scorer, with 10 strikes to his name, but could not prevent the Hornets from being relegated. Dennis has netted at a rate of 0.33 goals per 90, which is higher than his xG per 90 of 0.24. The Nigerian has attempted 1.84 shots per 90, which is below the league median value. But keep in mind, this is a Watford team that scored only 34 goals all season. Dennis attempted 6.3 dribbles per 90 this campaign at a success rate of nearly 61%. 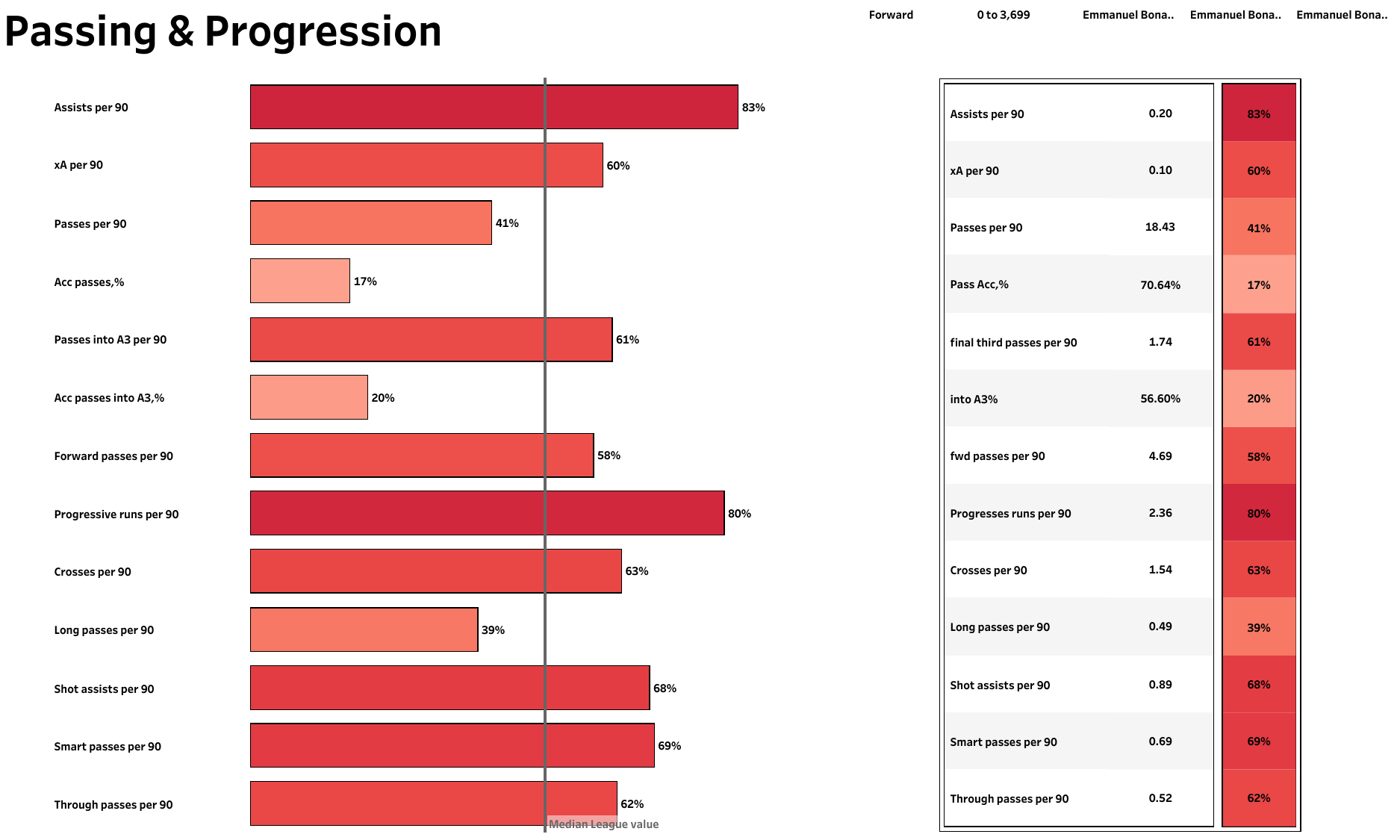 Dennis has not only been Watford’s top scorer this season, but he has also been the top assist provider. The Nigerian has had six assists at a rate of 0.2 per 90. This is twice the rate of his xA per 90. Even though he was the highest assister in his team, he did not get involved much in the match in other areas, as he attempted only 18.43 passes per 90 at a low pass accuracy of 70.64%. He did, however, make 2.36 progressive runs per 90, which puts him in the top quintile of this category. 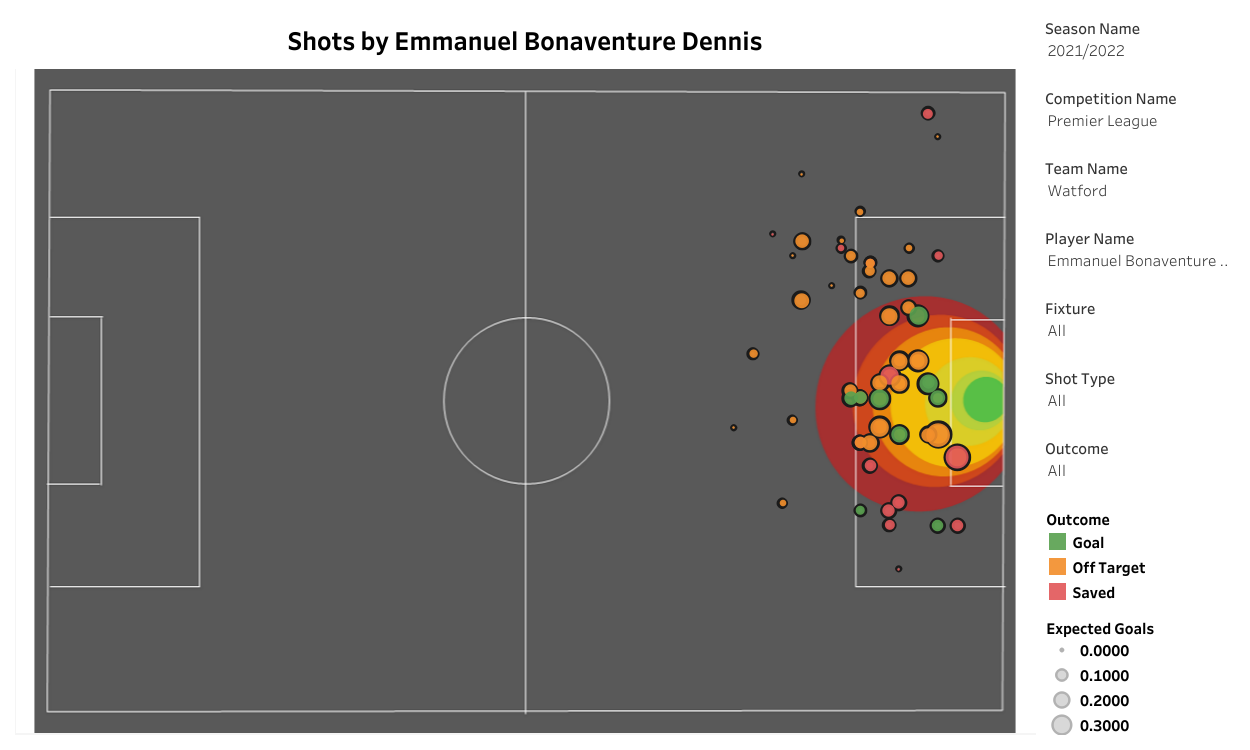 Shown above is the shot map of Dennis for Watford in the Premier League this season. The Nigerian hitman scored 10 times for the Hornets. All but one of his goals came from inside the opponents’ penalty box. Dennis overachieved on his xG for the season, which was 7.5. Overall, the Nigerian striker attempted 61 shots, meaning he has needed 6.1 attempts to score a goal. 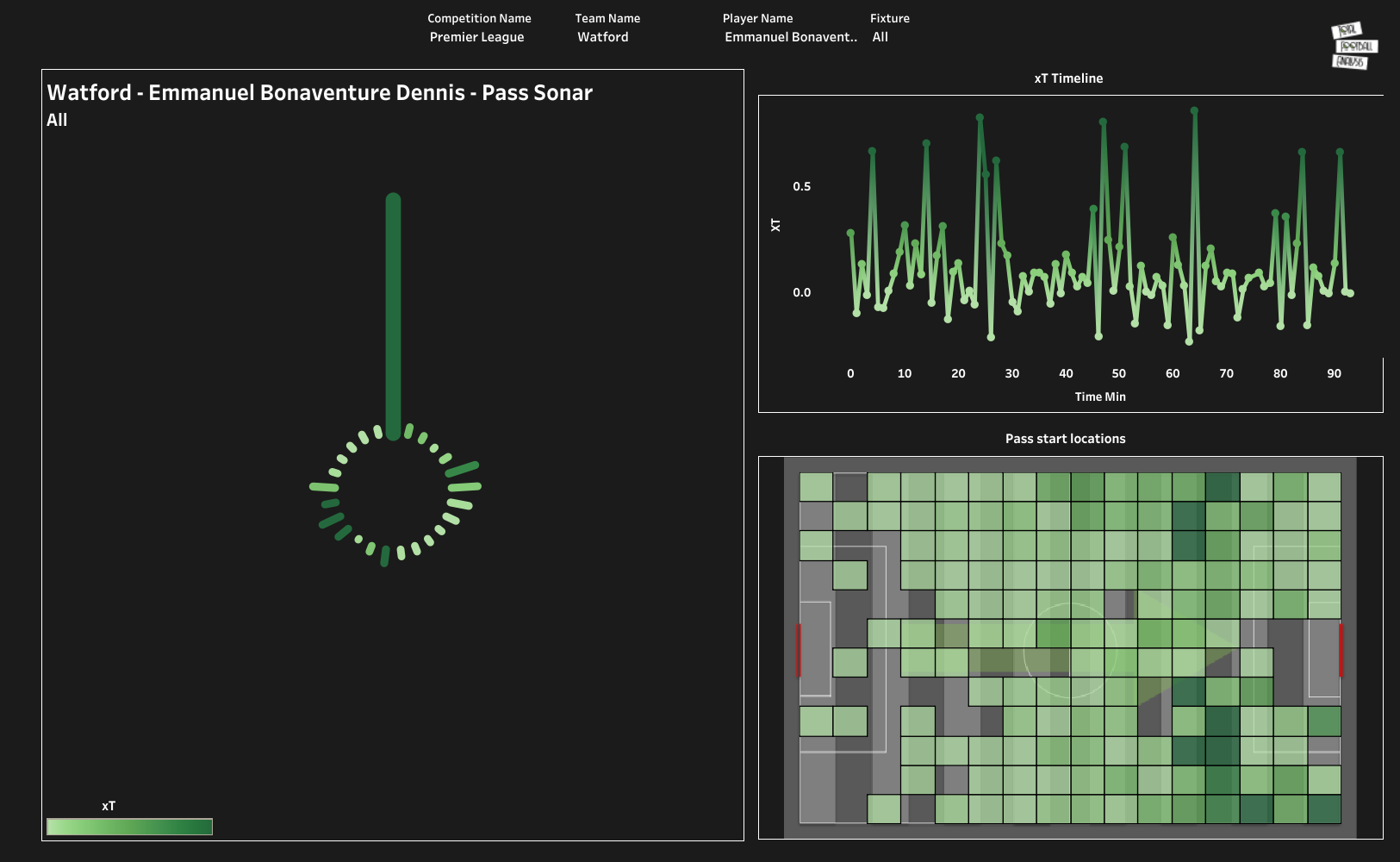 Given above are the pass sonar, xT timeline and xT map of Emmanuel Dennis for Watford this season in the Premier League. Dennis has rarely been involved in build-ups, averaging less than 20 passes per game. But when he has been involved, it has mostly been on the right-hand side of the final third. Occasionally, he has also created threats from the left flank as well.

With several Premier League clubs vying for Emmanuel Dennis’s signature, if West Ham United are to bring in a striker, they need to act quickly and sign the Nigerian hitman as he might displace Michail Antonio from the starting XI if the Hammers secure his services.