West Ham United have qualified for the UEFA Europa Conference League next season after finishing at the seventh spot on the 2021-22 Premier League table. The Hammers scored 60 times this season. An addition in attack will surely help West Ham reach the next level. In the past few days, one such attacker linked to joining the Hammers has been Jesse Lingard, who has played for the club on loan in the past. In this article, we will look at how the addition of Jesse Lingard may strengthen West Ham’s attack. The stats are from the 2020-21 season, where he spent the second half at West Ham on loan from Manchester United. 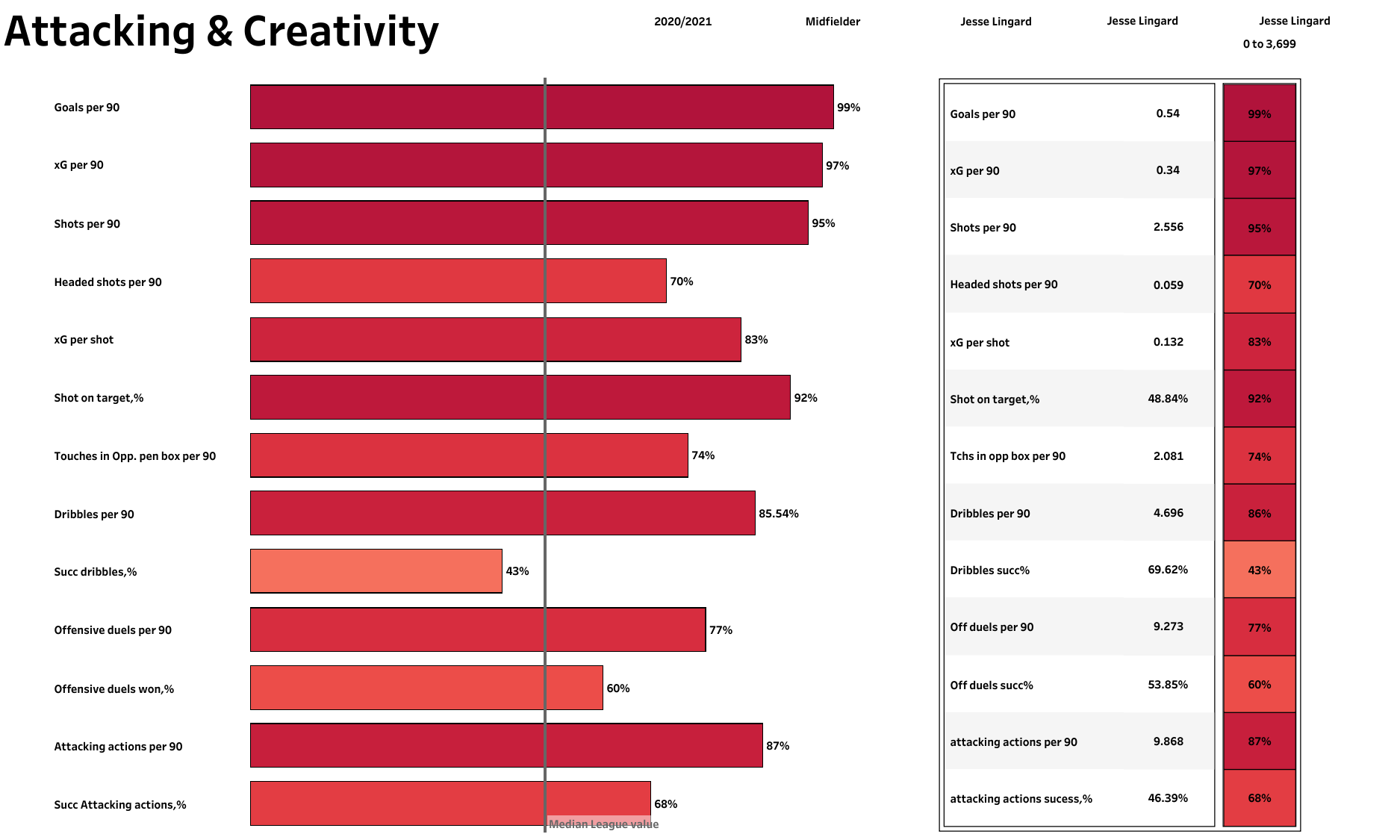 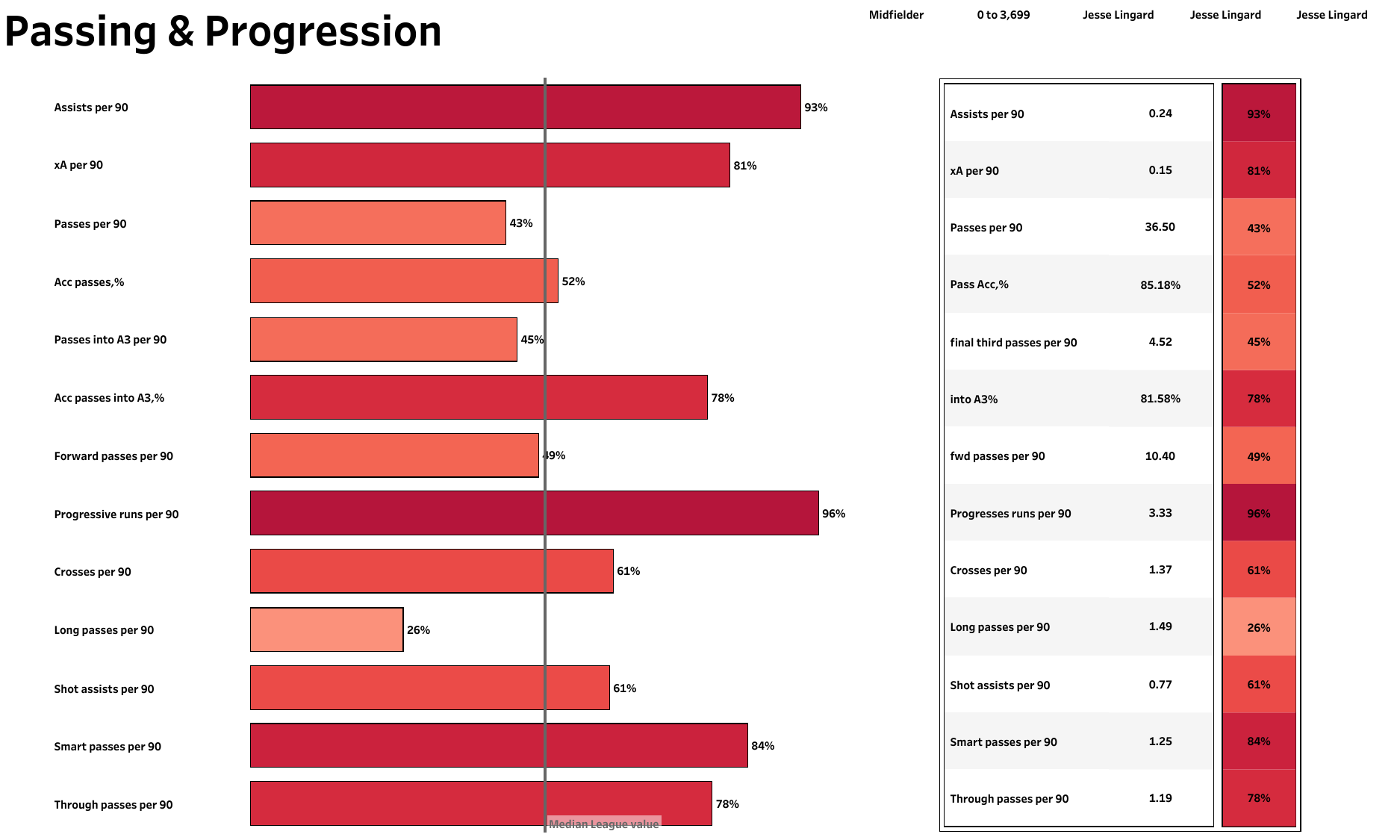 During his stint at West Ham, Lingard did not only outperform his xG output at the London Stadium but also his xA output. His xA per 90 was 0.15, but he managed to hit 0.24 assists per 90. This means that he had five assists in his 16 games, meaning he was involved in a goal every 102 minutes in East London. Lingard’s pass accuracy stood at a solid 85.18%. Despite attempting less than five passes into the final third per game, he completed an excellent 81.58% of his passes into the attacking third. Lingard made 3.33 progressive runs per game, ranking him in the top 4% of all midfielders. 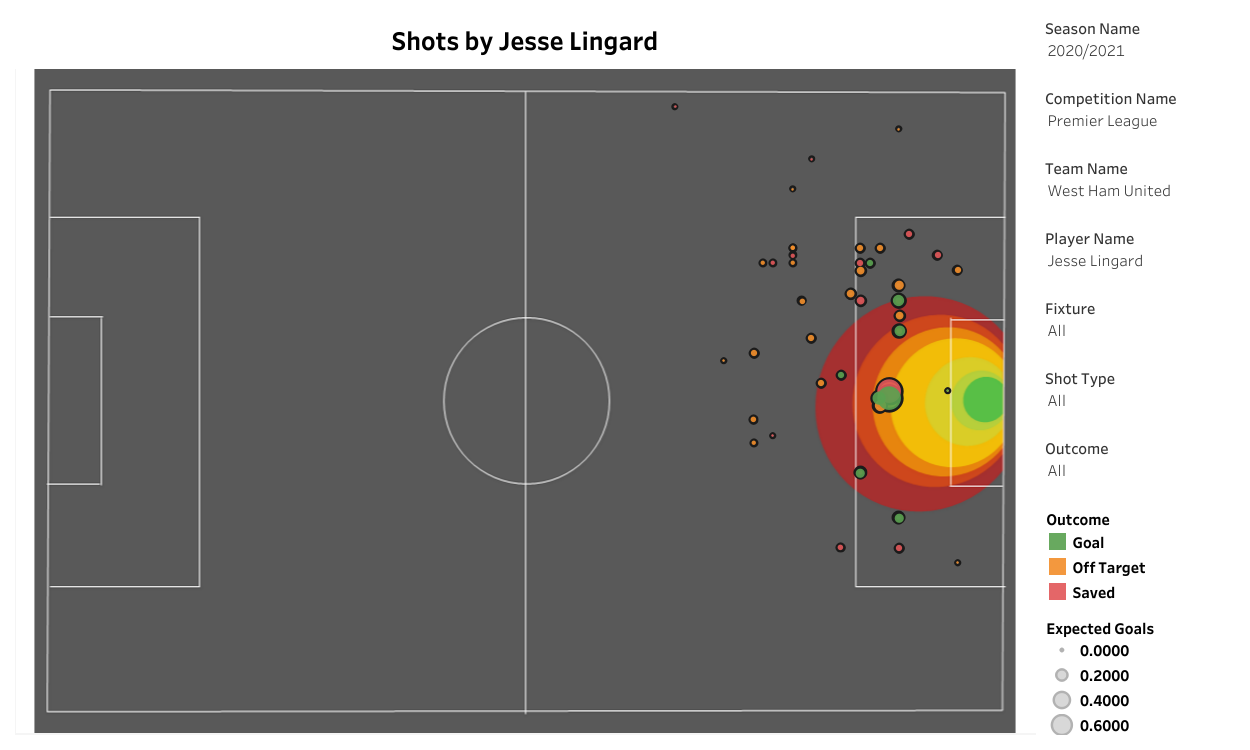 Seen in the above visual is Lingard’s shot map for West Ham United in the 2020-21 Premier League season. All but one of his goals have come from inside the box. Lingard attempted 40 shots for the Hammers, of which 20 were on target. He netted nine times, meaning his conversion rate was 4.44 shots per goal scored. 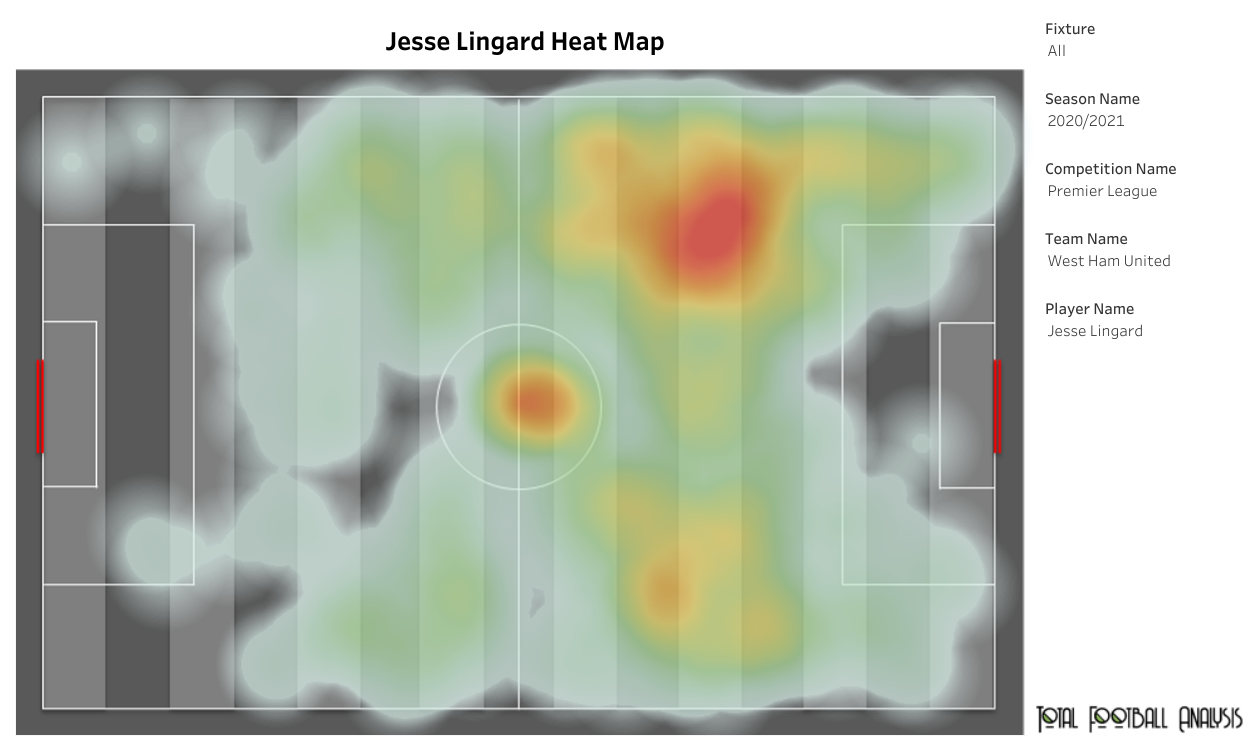 Having played just 367 minutes for Manchester United this season, Jesse Lingard will want to play a lot more minutes if he has any hope of making even the probable list for the England World Cup squad later in the year. And there isn’t a better way forward for the 29-year old than return to West Ham on a free transfer after his contract with Man United expires in the summer.