Having finished seventh in the recently concluded 2021-22 Premier League season, West Ham United will be aiming to break into the top six next season. To do that, they will need to strengthen their squad ahead of the season. The Hammers conceded 51 goals in the season, with an average of 1.34 goals per game. So, defensive reinforcements are needed. One such defender is Nottingham Forest’s Joe Worrall. The Englishman was an important man of the Forest side that won Premier League promotion for the first time in 23 years. With that in mind, let us take a look at what Worrall could provide for West Ham’s defence.

Joe Worrall featured for Nottingham Forest in 39 games in the recently concluded 2021-22 EFL Championship campaign. He missed the other seven games due to calf and rib injuries but played every minute of the campaign except in the matches he was ruled out due to injury. As a right-sided centre-back, he was most influential in the area between his penalty area and the midfield. He often covered for the marauding and adventurous right-back, Djed Spence, whenever the latter advanced high up the pitch. Worrall managed to register one assist throughout the course of the campaign. 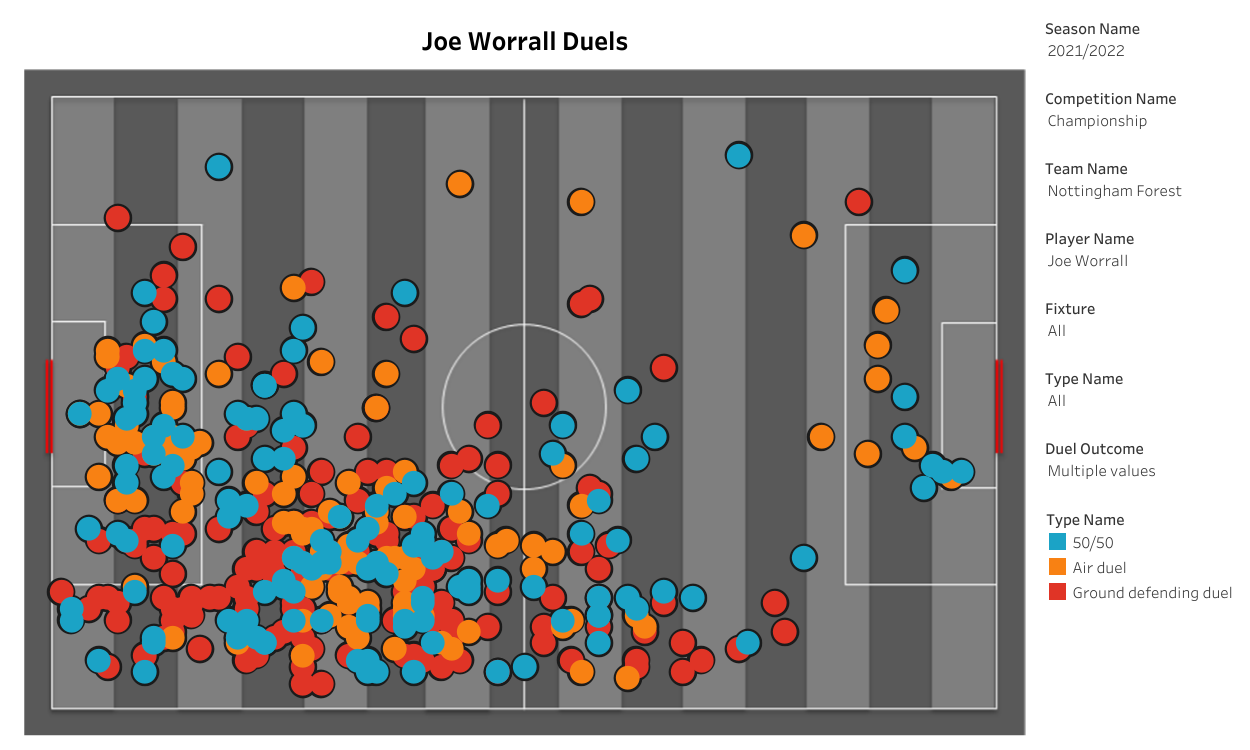 Given above are Worrall’s duels-winning locations. The 25-year-old Englishman won a variety of duels, including 50/50s, aerial duels and ground-based defending duels. However, of these three, the most frequently won duel type was the ground-based defending duels, followed by aerial duels and 50/50s. He won only six aerial duels in the opponents’ penalty area throughout the campaign. The majority of the duels won by Worrall came in his third, with a good percentage coming in the midfield as well. 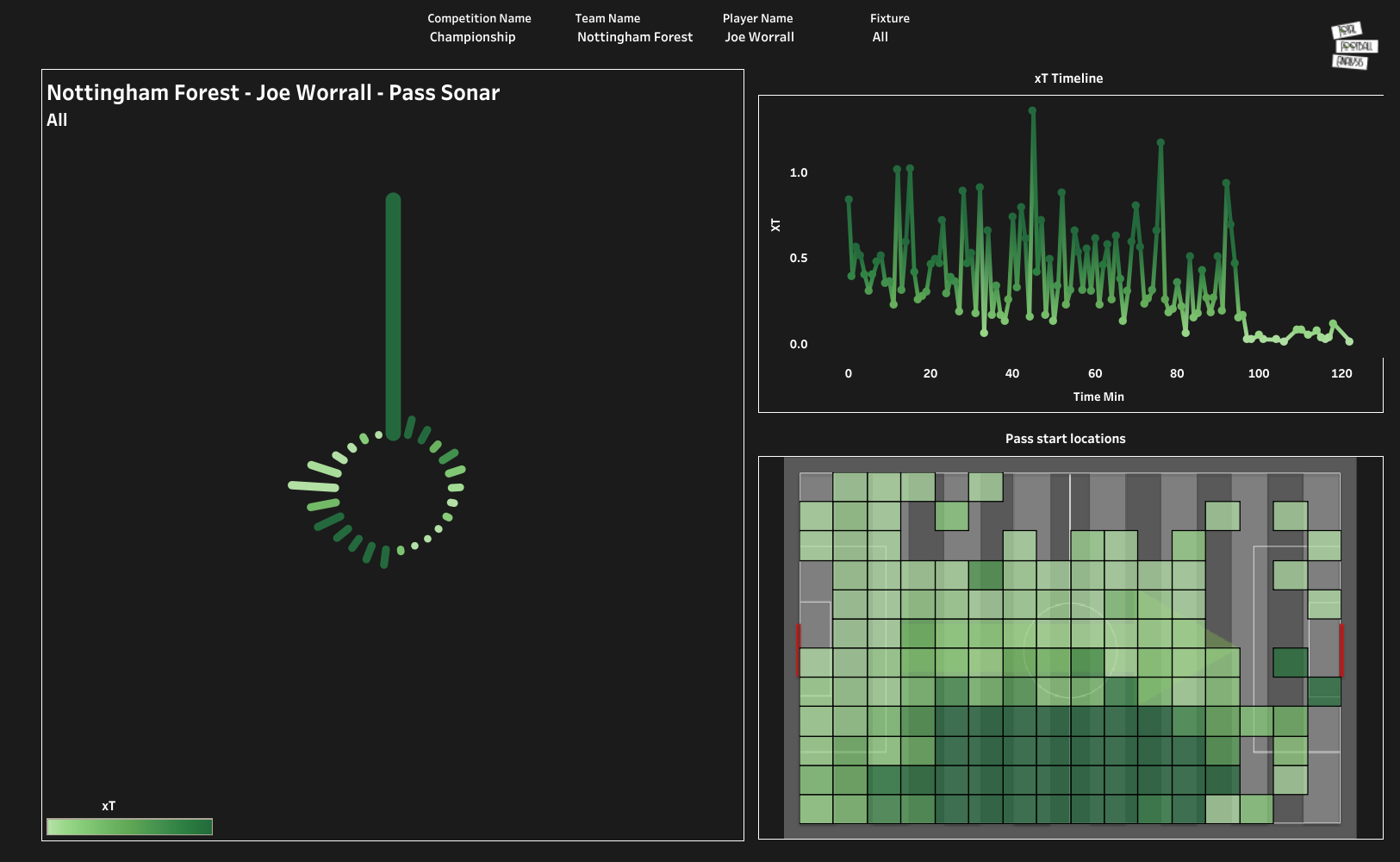 Worrall’s pass sonar, xT map and xT timeline are shown above. The Englishman was regularly creating threats for Forest with his long balls, passes into the final third and progressive passes – all from his third. Worrall regularly generated an xT score of 0.5, occasionally touching and even exceeding 1.0.

Joe Worrall will look like a smart signing for West Ham United. However, they have already signed the Stade Rennais and Morocco centre-back, Nayef Aguerd, who has top-flight experience. So, a deal for Worrall from West Ham looks dead in the water.