West Ham United finished in the seventh position on the points table last Premier League season. This means they will take part in the UEFA Europa Conference League next season. To compete on multiple fronts, the Hammers will need to strengthen their squad, particularly in the attacking department. However, there are no backups to Declan Rice and Tomas Soucek in the defensive and central midfield areas. One name that has been linked with joining the East London club in the past few days is Burnley’s Josh Brownhill. 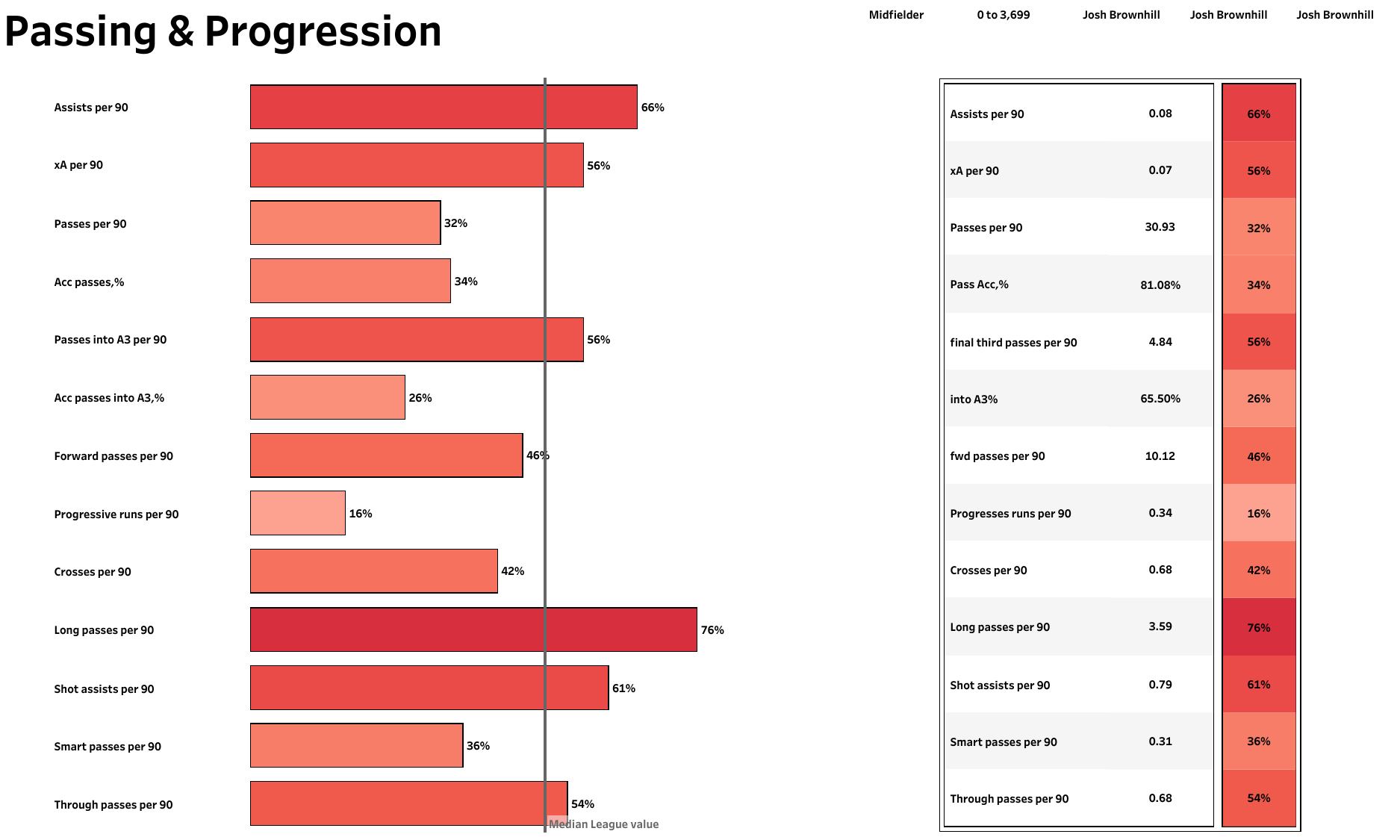 Brownhill featured for Burnley in 38 games across all competitions last season, of which 35 came in the Premier League. He scored twice and assisted thrice from midfield thus bringing his goal involvement to one every 591 minutes. While he may have attempted just under 31 passes per 90, he ranked second in the Clarets squad for total passes completed, with 900 to his name. Brownhill attempted 4.84 passes into the attacking third per 90 which ranked him just above the median value. With 3.59 long balls per 90, he ranked in the upper quartile among midfielders.

Brownhill attempted more than 12 defensive actions per 90 and came out successful in more than 77% of these actions. He was also placed in the upper 30% among midfielders for percentage of successful defensive duels won. Despite standing at 179 cm, he won more than 52% of his aerial battles, meaning he was ranked in the upper quintile. Brownhill also competed in 3.79 loose ball duels per 90 and won a shade under 46% of them. However, his 10 yellow cards meant that he had disciplinary issues or committed rash challenges more often than others.

Brownhill won duels all over the pitch for Burnley, as seen in the above visual. Most frequently of all, he won ground-based defending duels, followed by 50/50s and aerial battles. He also won several 50/50s in the final third preventing the opponents from counterattacking on those occasions. The midfielder attempted 16.5 pressures per 90, 4.63 tackles and interceptions per 90, 1,55 blocks per 90 and 1.49 clearances per 90.

Brownhill was the most influential and active midfielder for the Clarets last season. With the ball at his feet, he completed 2.8 progressive passes per 90, 2.35 balls into the final third per 90 and 2.1 progressive carries per 90. He also registered 2.01 shot-creating actions per 90 – the fourth-highest in the Burnley squad.

Brownhill was one of the men who gave it his all in a Burnley team that was relegated from the Premier League after a six-year stay. However, it is clear that Brownhill can only be a backup to Rice and Soucek at the London Stadium.