Pablo Fornals started the 2021-22 Premier League season in outstanding form, registering six goal contributions in his first 10 appearances of the season. The Spaniard was instrumental in West Ham’s 4-1 victory over Leicester and looked to have nailed his place in the Hammers’ attack alongside Jarrod Bowen, Said Benrahma, and record-breaking Michail Antonio. But since then, he has only scored one goal and provided one assist in his last 10 appearances for West Ham United. He has not been able to have the same impact in his recent games. West Ham have now lost two back-to-back Premier League matches, which might prove to be vital in their fight for a top-four spot in the Premier League. With Michail Antonio in bad form as well, West Ham have struggled to get the goals upfront. For now, they have been relying on the heroics of Jarrod Bowen, who has been both scorer and provider for his team.

Fornals recently had one of his worst games in the Premier League in the loss against Southampton and was not in the squad for the next game against Watford. He was taken off after the first half. Over his 45 minutes on the pitch against Southampton, the Spain international failed to take a single shot at the Saints’ goal, had only 26 touches of the ball, completed just 65% of his attempted passes, and failed to find his man with either his one attempted cross or one attempted long ball. 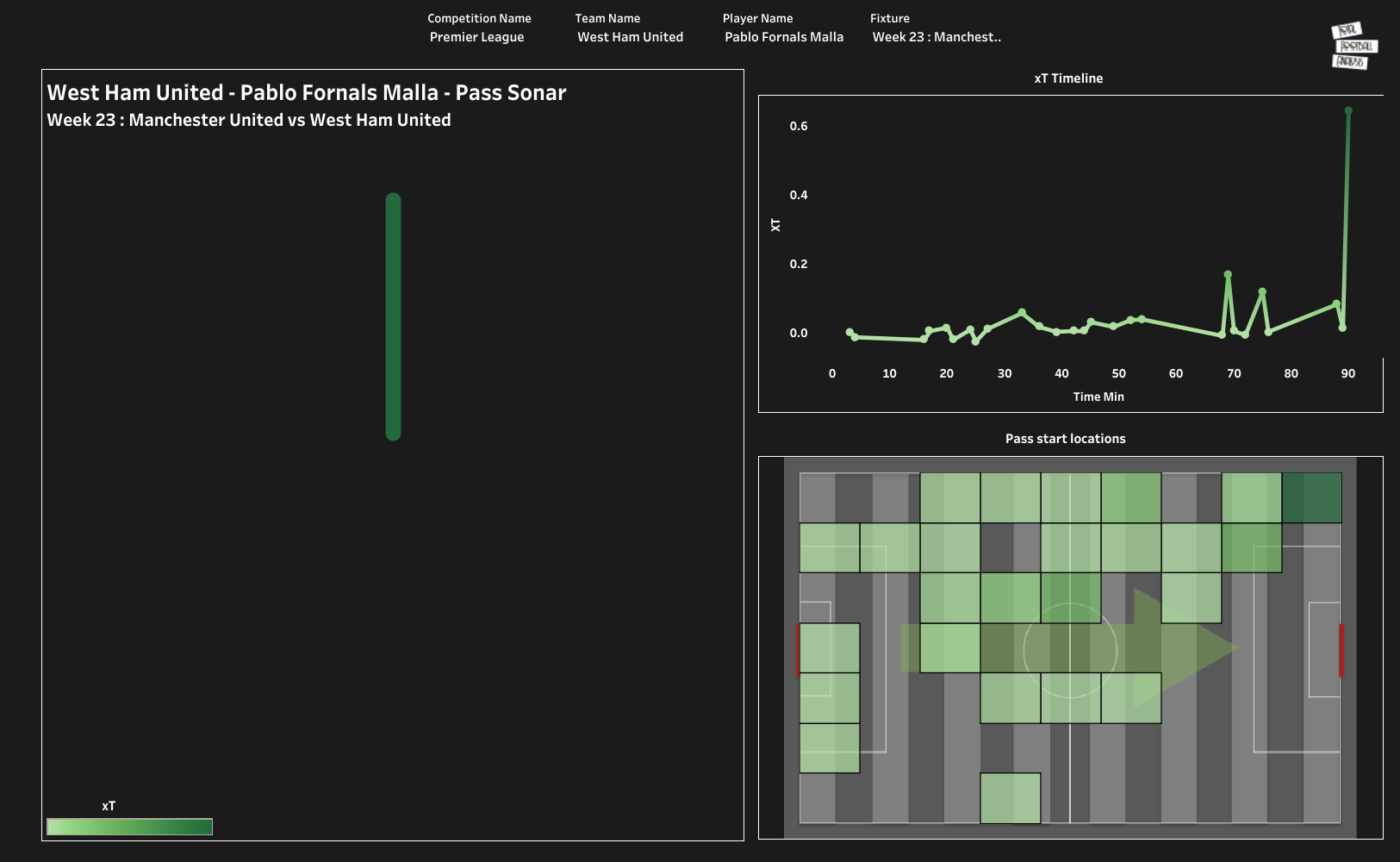 Fornals particularly was not seen at all in the game against Manchester United as he struggled to get the ball and keep it whenever he was able to get a few touches. He was unable to create any significant chances with the ball and wasteful with his chances in front of the goal. He rarely had any xT creation zones in the final third. The xT timeline in the above visual indicates that he was not able to provide any threat with his passes throughout the game. 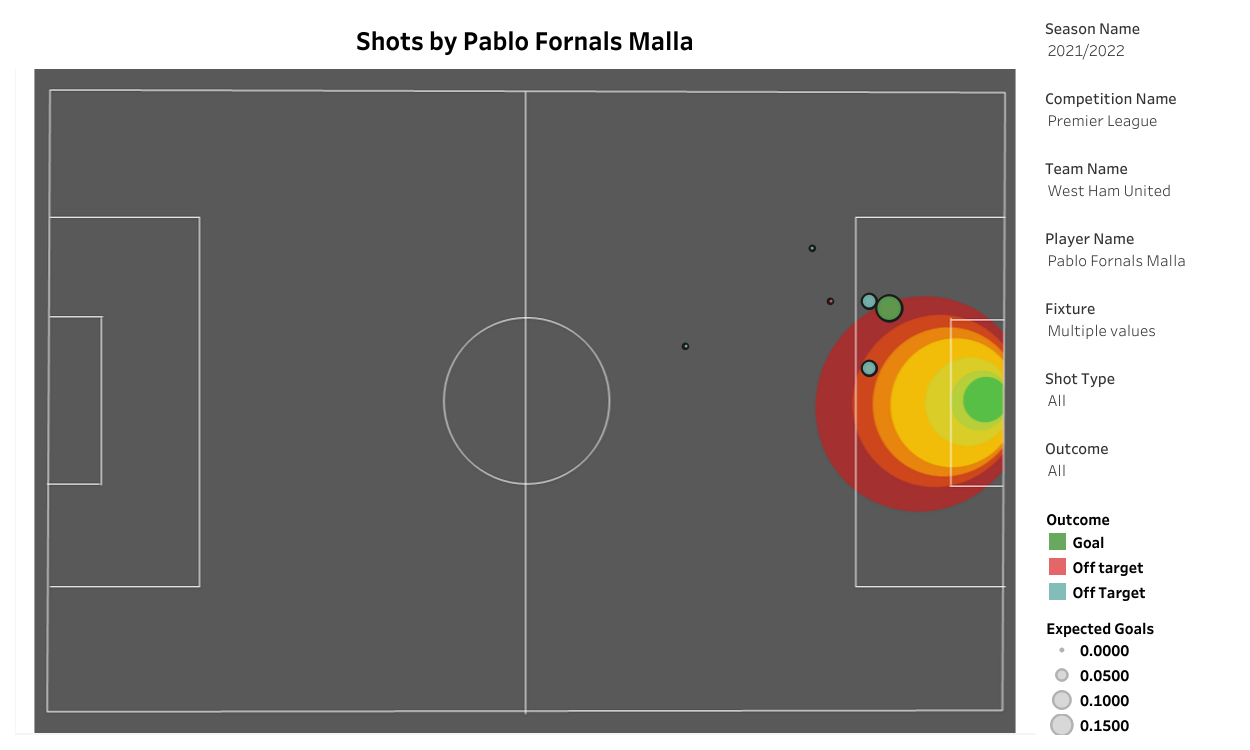 The above visual shows us the shot map for Fornals from his last five games in the Premier League. He has attempted only six shots on goal in the last five games and only had one shot on target from these six attempts. He did score a goal against Leeds United, but West Ham went on to lose that game. Fornals is used to playing a more central role with Benrahma and Bowen on either side, but since Benrahma has been away due to the AFCON, he was shifted to a wider role with Manuel Lanzini playing as their number 10. But now that Benrahma is available for selection again, Fornals might get the chance to play in his preferred position and be more of a threat in the final third.

With Moyes in desperate need of three points from their next Premier League game against Watford if he is to keep the Hammers in the top-four hunt going into the new year. The manager will have to make some tough decisions on who should be a part of his front four based on the form that his players are in, with Benrahma, Vlasic, and Lanzini being his best options to replace Fornals.