West Ham are believed to be one of a number of Premier League clubs interested in Fulham’s 19-year-old star Fabio Carvalho. The attacking midfielder has scored seven goals and provided two assists so far this season for the Cottagers, who are flying high at the top of the Championship. The teenager’s contract expires at the end of the season and with many clubs interested West Ham might make a move in January or hope he is still available for the summer.

When Fulham were relegated from the Premier League last season, the Portuguese-born England youth international burst onto the scene. Scott Parker offered him a chance in the first squad, and he made four appearances towards the end of the season, scoring one goal.

Let’s take a look at his stats so far in this season: 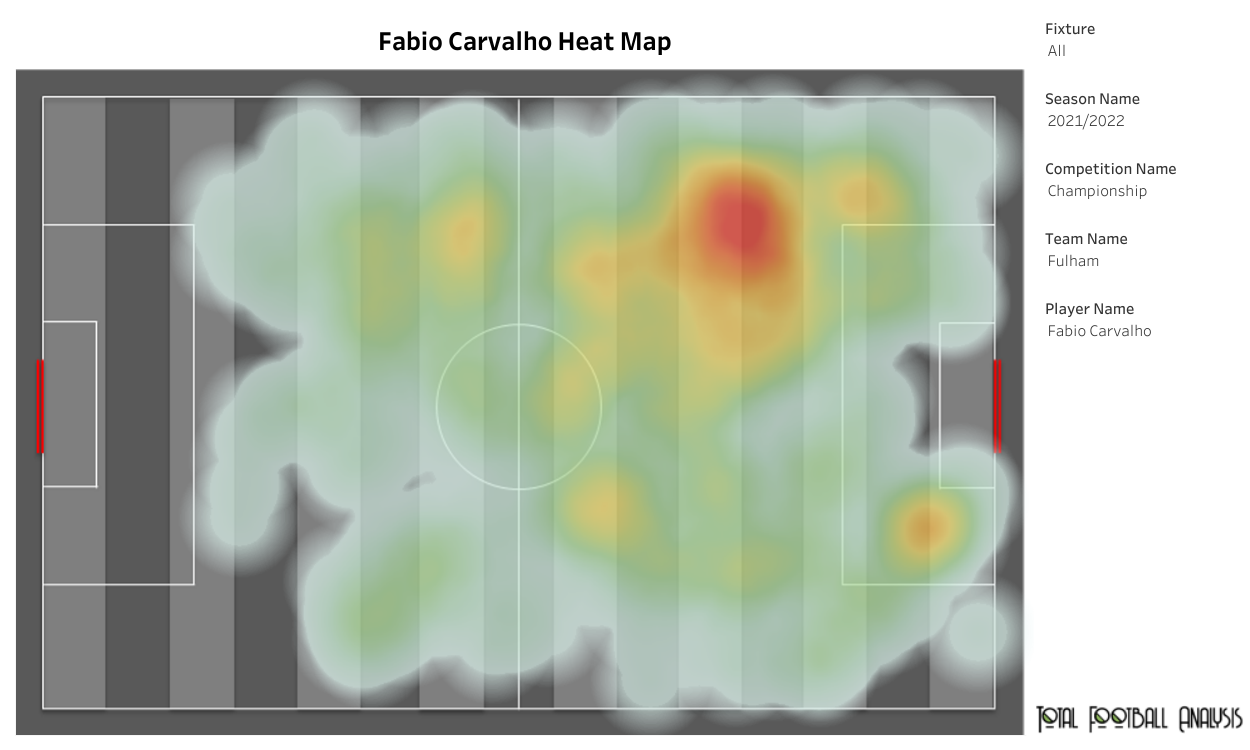 Carvalho has been starting as a number 10 in most of the games he has featured in. He loves receiving the ball at his feet and then dribbling into the final third on the turn. His heatmap shows that at times he has drifted to the left flank in order to create space and get into positions from where he can put the ball into the penalty area. 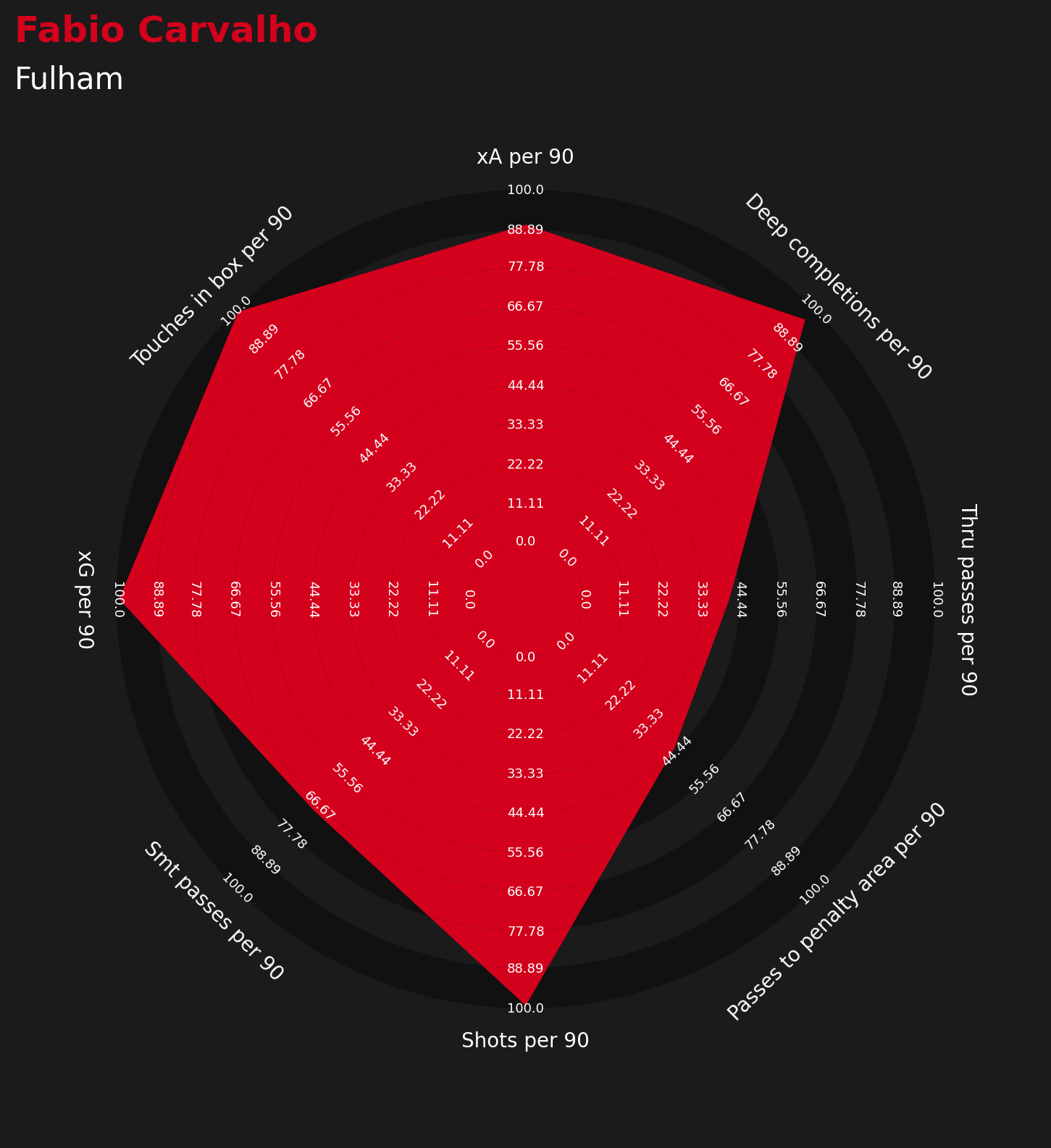 Carvalho is a quick, agile dribbler who can be inventive and make a lot of critical passes while maintaining his composure on the ball. He is a direct runner, and his stats show that he is more of a goal threat than a playmaker. He has a low percentile for through passes and passes into penalty area per 90, which is one thing he will have to work on if he comes to the Premier League. He ranks highly for most of the attacking stats such as shots per 90, xG per 90, etc. 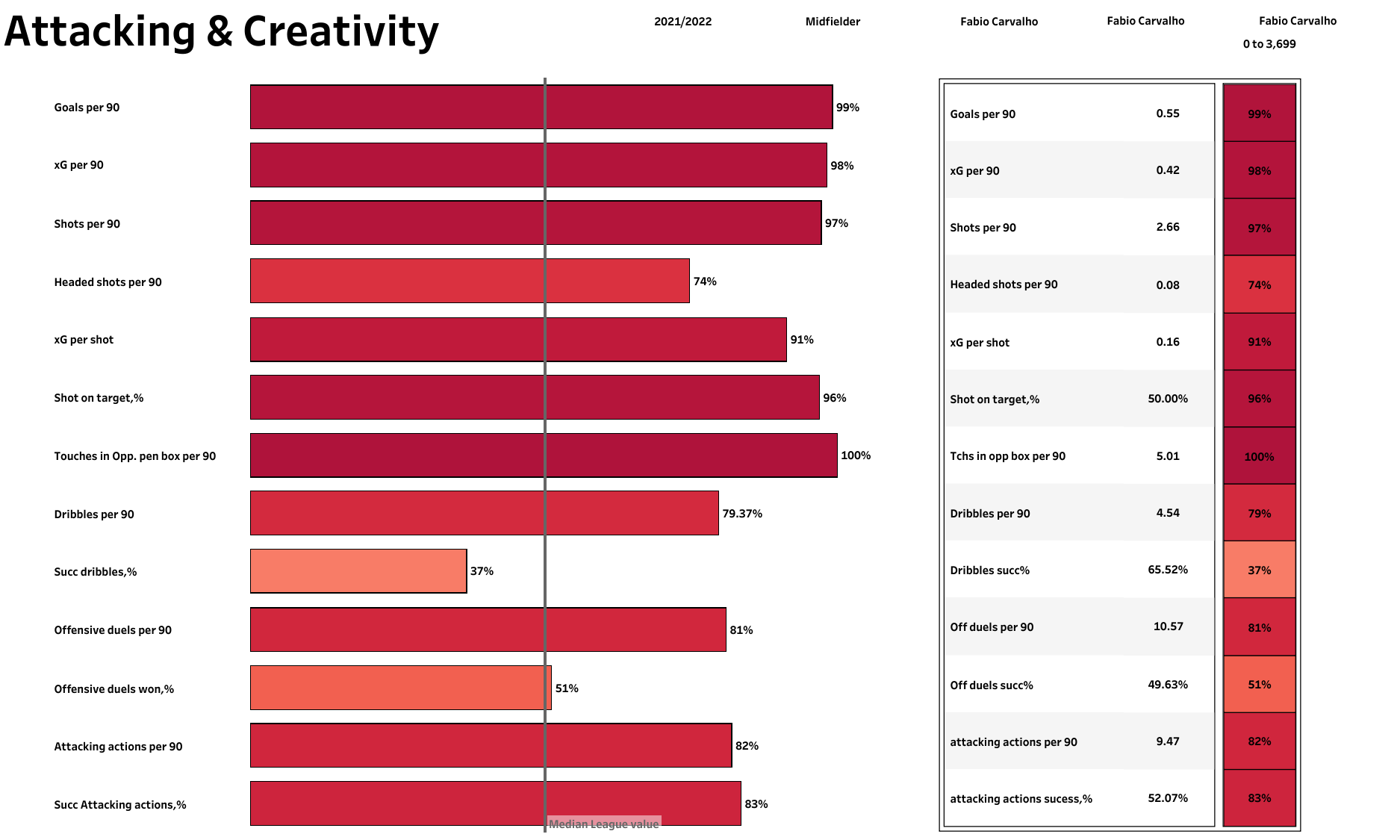 The above visual shows us his attacking and creativity stats from the 2021-22 Championship season. The midfielder has made 16 appearances for the Cottagers this season and managed to score seven goals along with two assists. When looking at the above chart, the general rule is that the longer the bar, the better the performance – you can see the league average in the middle, and the percentage is the percentile rank the player is in. The youngster has one of the best goals per 90 and the expected goal rate in the league. He has taken 5.01 touches in the opposition box per 90 minutes and has completed 52.07% of the total attacking actions he has attempted. 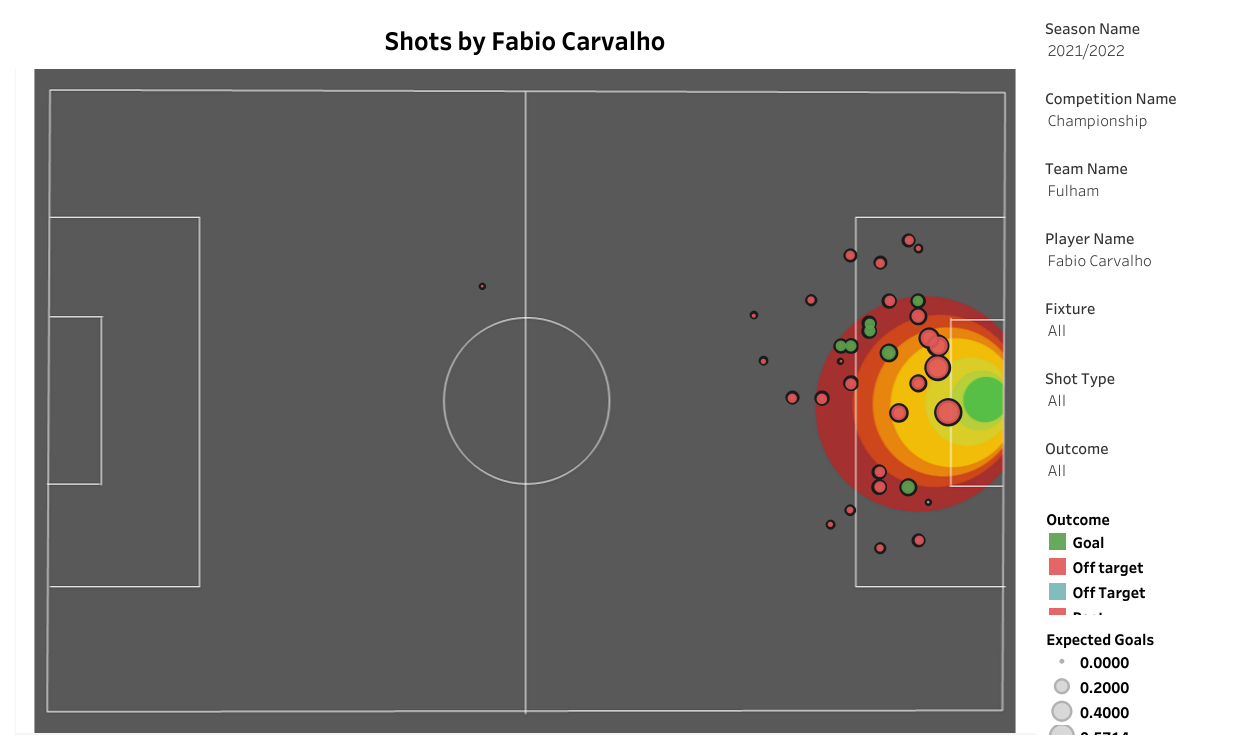 Carvalho has all the skills required to be a top performer in the number 10 position. He is particularly talented at receiving the ball to feet in midfield with his back to goal and spinning quickly to face the other way, allowing him to drive forward into the final third. He has a great first touch and his close control is magnificent, that allows him to play in tight spaces inside the box. With skills like these, Carvalho can get into threatening positions in the penalty area and take a quick shot on goal. He has attempted a total of 34 shots on goal with 50% of these shots on target.

With the Hammers aiming to strengthen their attacking options by acquiring a striker, there are also rumours that another attacking midfielder, such as Jesse Lingard, is being targeted.  Currently, a centre-back and a striker are the priorities but with Andriy Yarmolenko set to leave, a player like Carvalho would be a shrewd move in planning for the long-term future of the club.