West Ham United will visit the Brentford Community Stadium to face a Brentford side who have been in good form recently in the Premier League. Both teams bagged three points in the previous gameweek as the Hammers beat Everton, while Brentford produced a shocking result as they thrashed Chelsea.

Brentford are hitting their stride at just the right time, and a 4-1 win at Chelsea saw them earn their third league victory in four games. The Bees are now nine points clear of the relegation zone but have played two more games than Everton and Burnley, in 17th and 18th, respectively. The Blues managed to take the lead through an Antonio Rudiger strike, but a 10-minute period after Rudiger’s goal saw Vitaly Janelt bag a brace either side of Christian Eriksen’s first Premier League goal for his new club, and super-sub Yoane Wissa came off the bench to finish off the game. 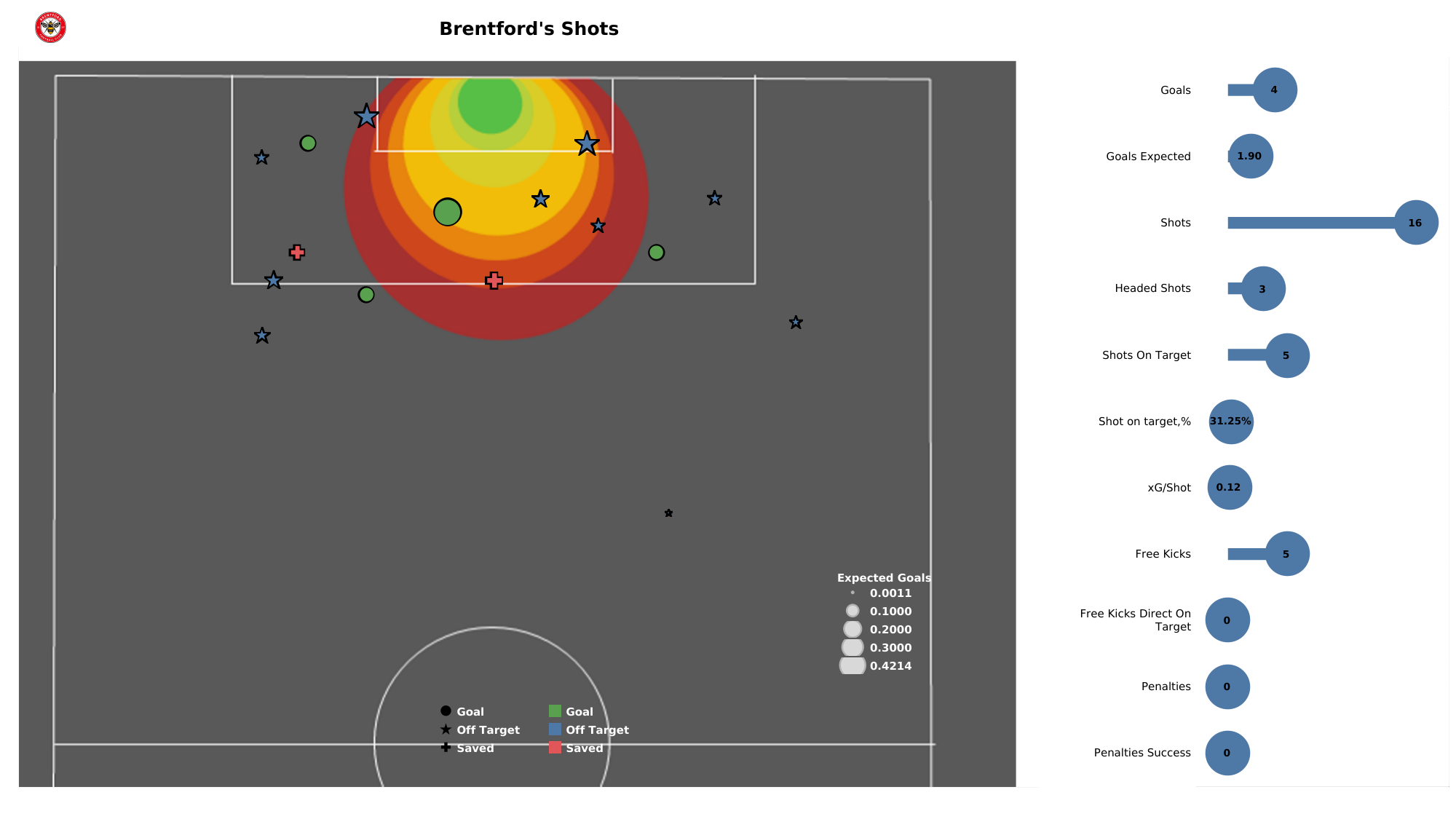 Brentford had a total of 16 shots against Chelsea last weekend. They managed to keep five shots on target and were highly clinical in front of the goal. They converted almost every chance they had on target. Brentford have scored 10 goals in their last four games and are in good form in the final third. 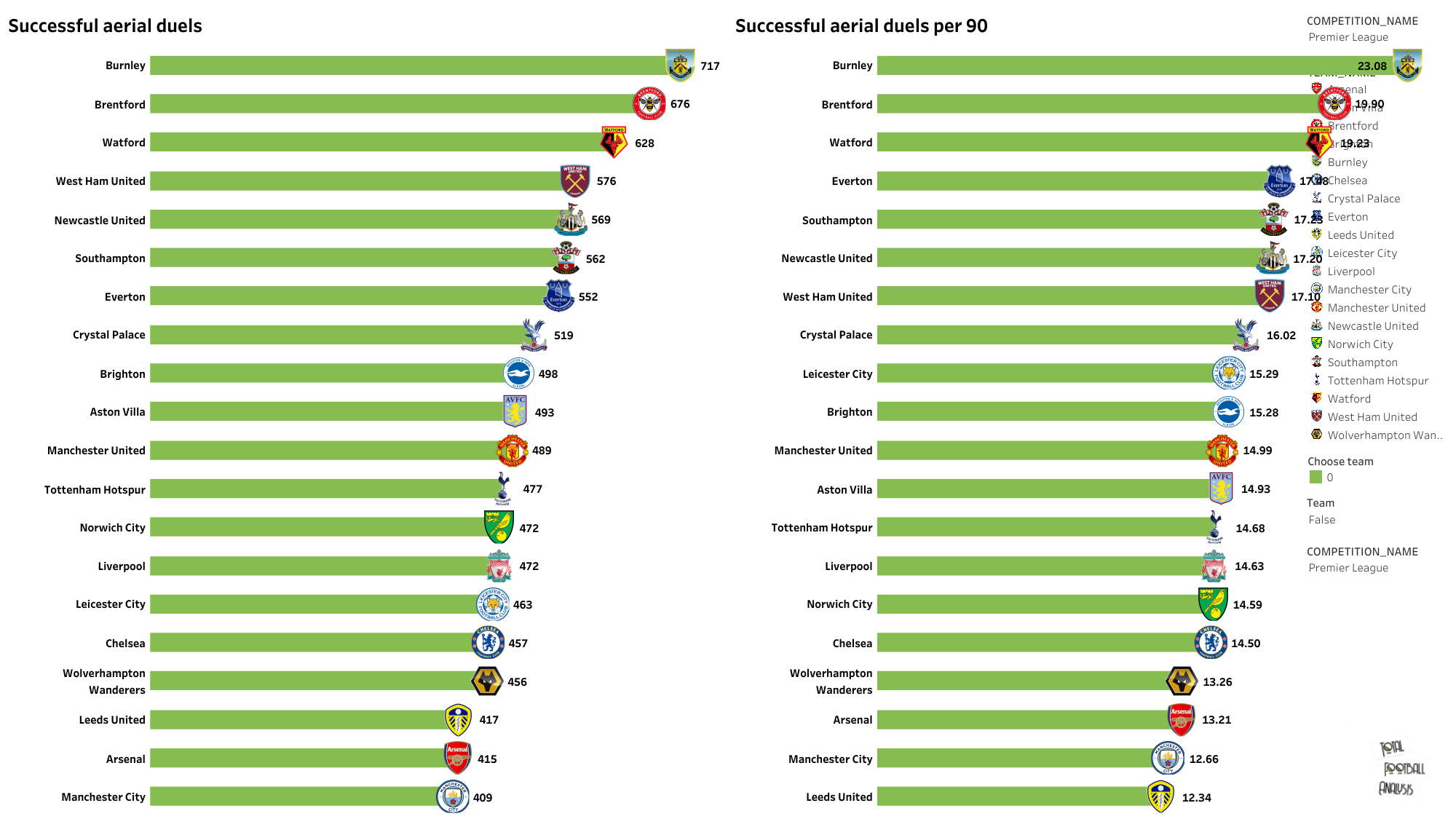 The Bees have won 676 aerial duels, while West Ham have won 576. Both teams are a huge threat in set-piece situations as they have players who are a menace in the opposition box.

West Ham did well to secure a result against Lyon on Thursday night, having been reduced to 10 men just before the first half ended. The draw with the French side means the Hammers have lost only one of their last five, though they have lost four back-to-back away games. Moyes’s side remain sixth in the table, level on points with Manchester United, but Arsenal and Tottenham Hotspur are both three points ahead with games in hand. 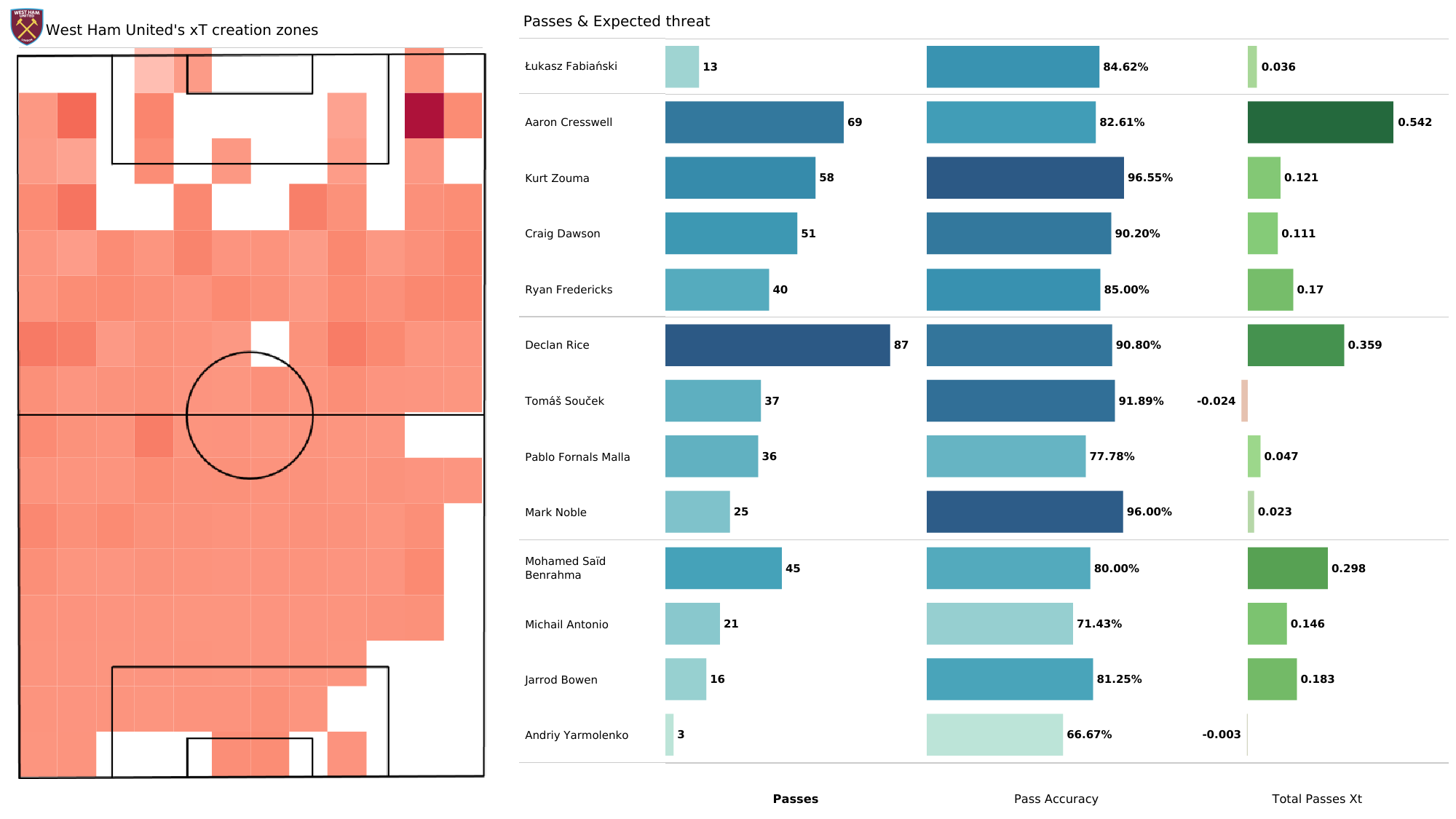 West Ham created most of their chances from the right flank against Everton as they had higher xT creation zones on the right. Aaron Cresswell generated the highest xT for West Ham from his passes. Jarrod Bowen has recently returned to the West Ham lineup after the forward was out for a couple of weeks due to an injury. Bowen has returned to the squad in the same form and has scored in both the games he has featured in since his return. 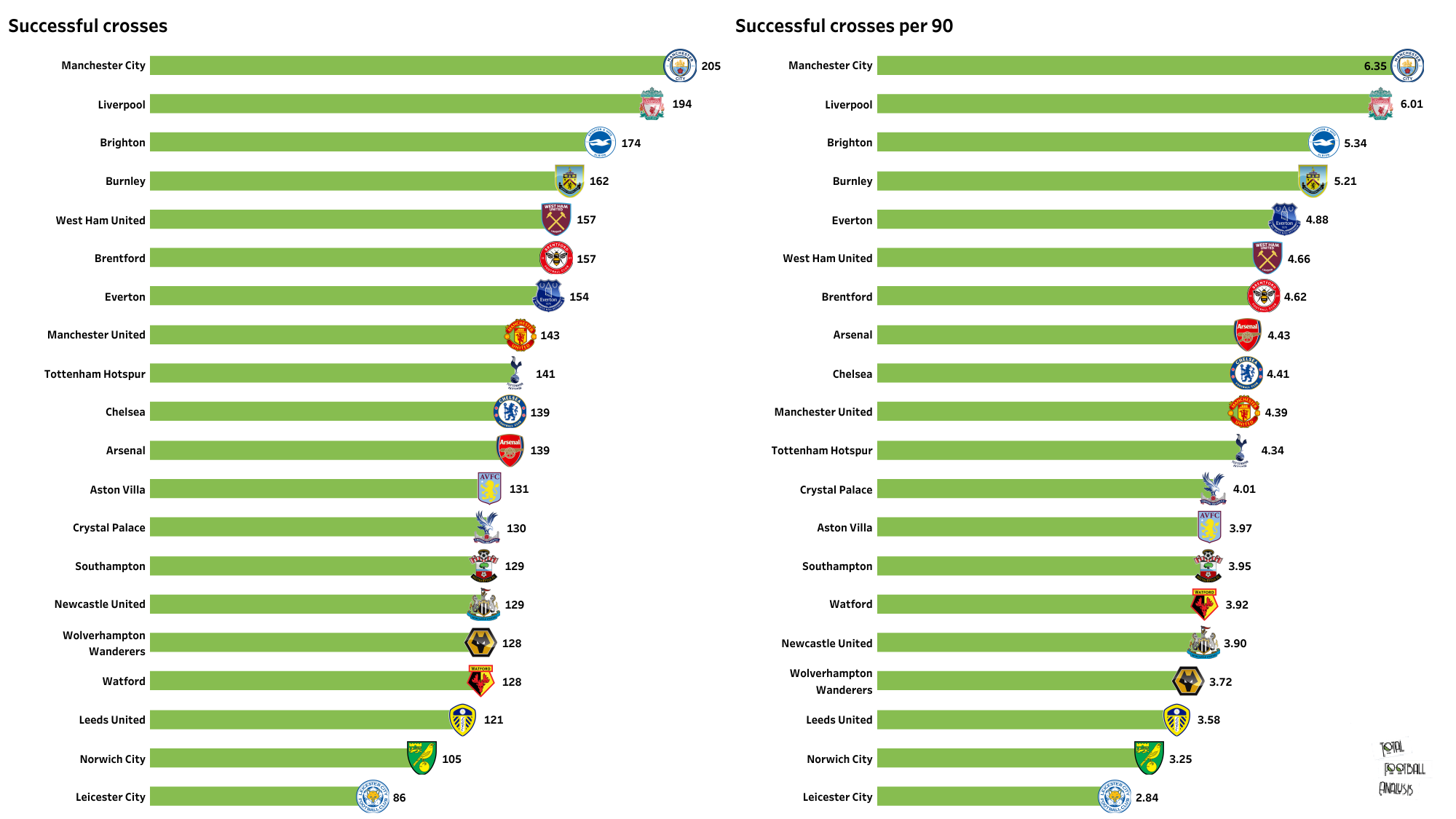 West Ham United and Brentford, both have the same number of successful crosses played into the penalty area.

West Ham United will have to be wary of a Brentford side who have hammered Chelsea last week and have the calibre to produce upsets. West Ham need to win this game to maintain their position in the top six of the table.