West Ham United are set to play Chelsea at the Stamford Bridge on Sunday in the Premier League. The Blues are currently third in the table, while West Ham occupy the seventh position, five points behind fourth-placed Tottenham Hotspur.

Chelsea come into this game on the back of a 2-4 loss to Mikel Arteta’s Arsenal in the league. A brace from striker Eddie Nketiah, and goals from young England internationals Emile Smith Rowe and Bukayo Saka sealed the deal for Arsenal. First-half goals from German attacker Timo Werner and Spanish defender Cesar Azpilicueta proved to be a mere consolation for Chelsea. The Blues booked their spot in the FA Cup final with a 2-0 win over Crystal Palace last weekend, but they have lost three of their last six games in all competitions, including their last three at Stamford Bridge, two of which have been in the league against Brentford and Arsenal. 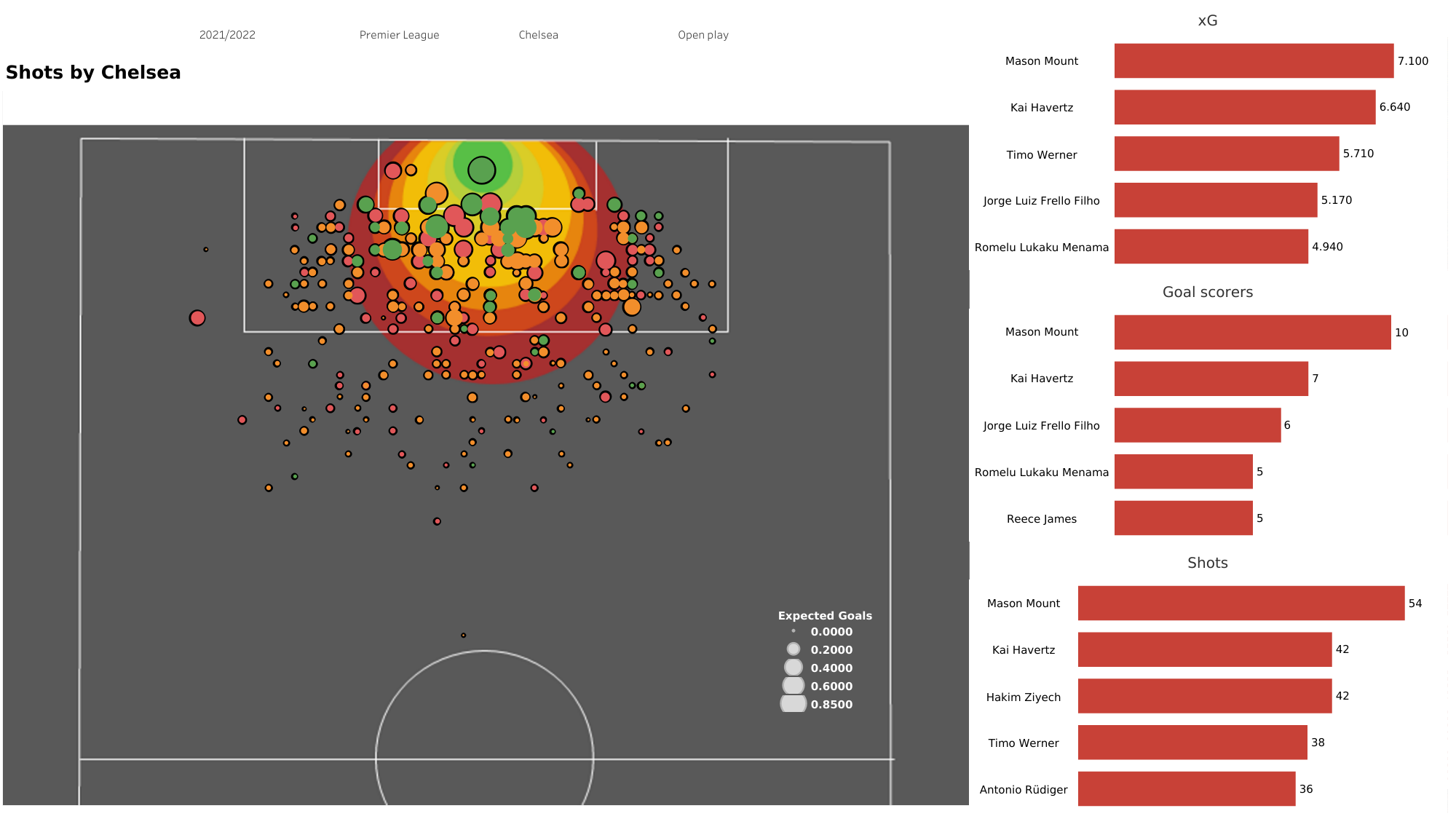 Chelsea have attempted 433 shots this season, with 167 of them finding the target. The above viz shows all the shots attempted in open play. Chelsea have scored plenty of goals from just outside the opposition’s six-yard box. Mason Mount has attempted the most shots and has also scored the most goals for his team in the Premier League. Mount has generated an overall xG of 7.1 from his 54 shots on goal. 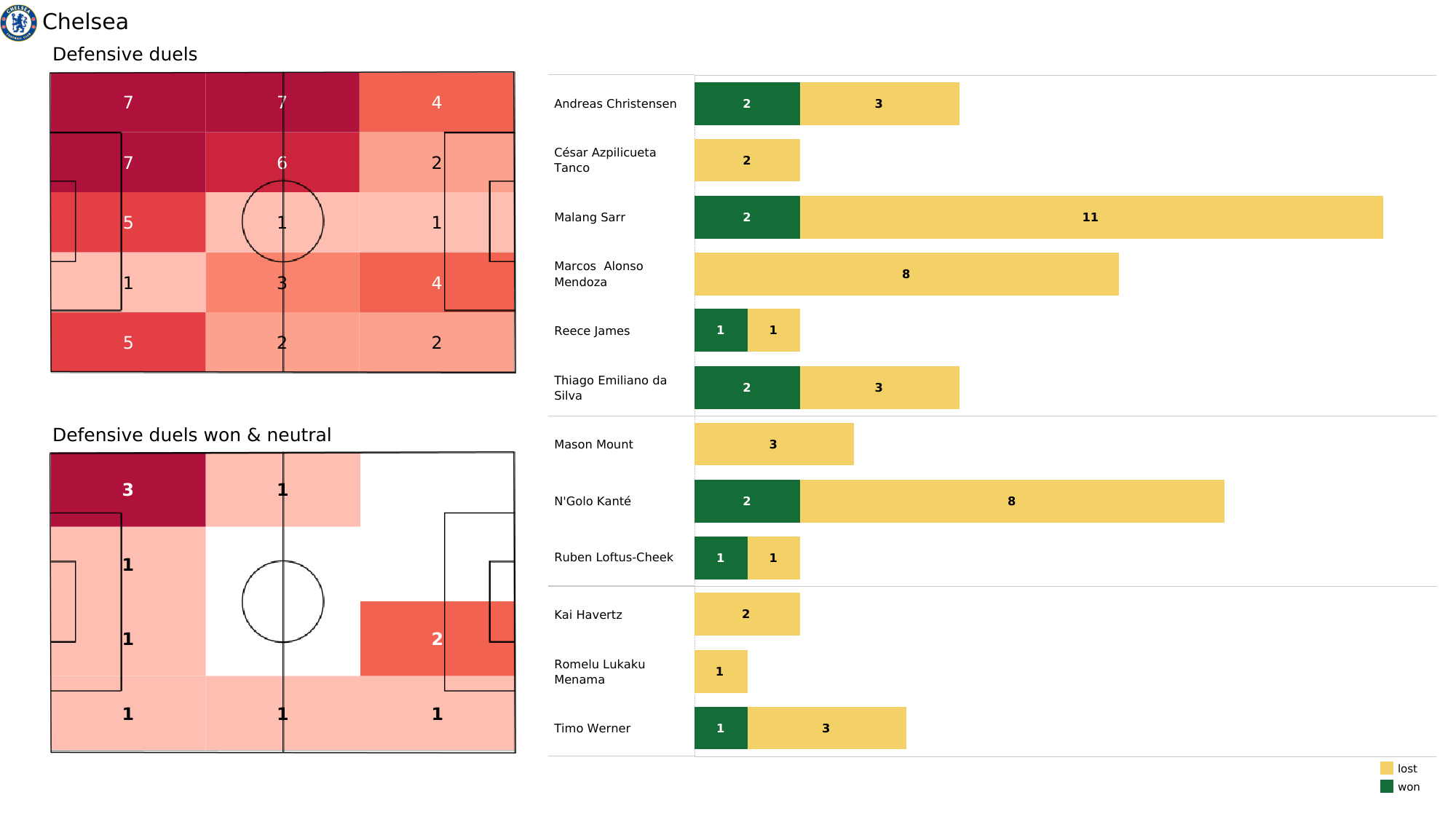 Chelsea displayed a very poor defensive performance against Arsenal as they conceded two goals due to their mistakes. They lost most of the defensive duels they attempted in their half and struggled to clear the ball from dangerous positions. Malang Sarr won only two of his 13 defensive duels.

West Ham United drew 1-1 against Burnley recently. A first-half goal from Dutch striker Wout Weghorst for Burnley was cancelled out by a second-half goal from Czech midfielder Tomas Soucek for West Ham United. West Ham have only won one of their last four in the Premier League, picking up just a single point from their last two matches, which came at home against Burnley. 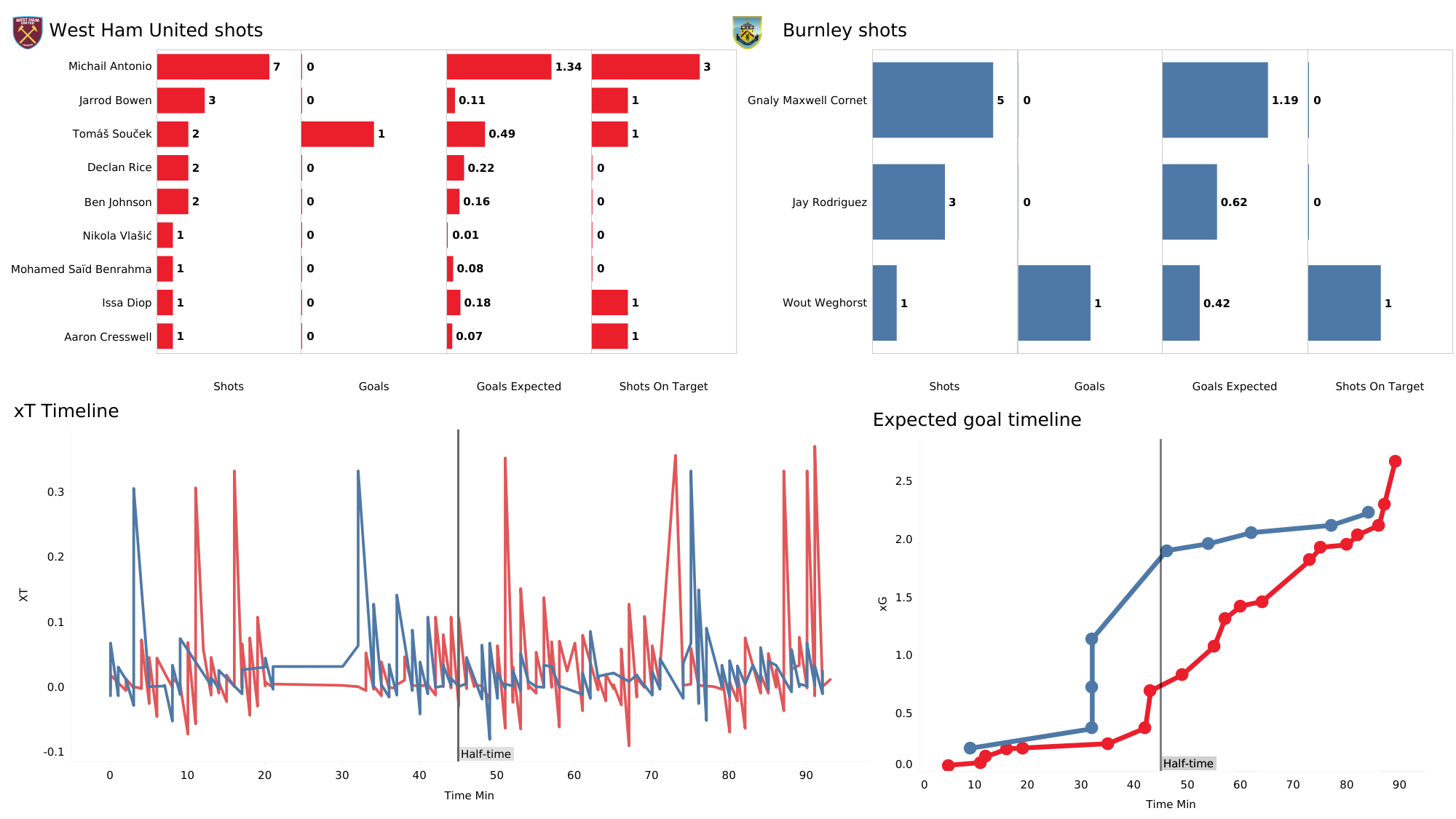 Michail Antonio attempted the most shots on goal against Burnley and generated the highest xG than any other player on the pitch. However, all his three efforts on target were denied by Nick Pope. The xG and xT timelines indicate that both teams created a fair amount of chances and managed to create a high threat on the opposition defence. 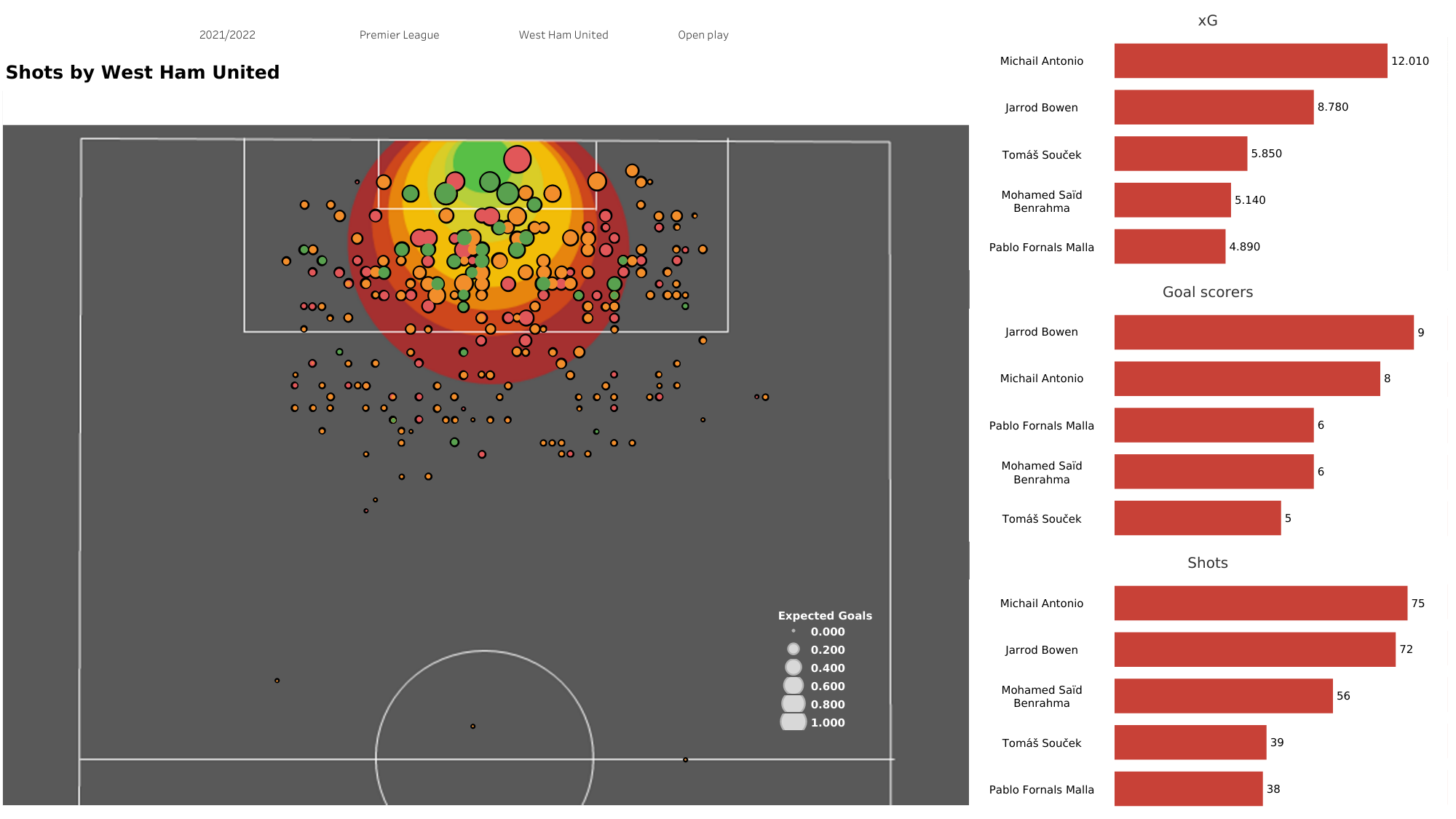 The Hammers have attempted a total of 393 shots on goal and managed to hit the target 138 times. Of these 458 shots, 249 were attempted from inside the opposition’s penalty box, with 108 of them being on target. The above viz shows that West Ham United’s players have scored most of their goals from the middle of the penalty area. Jarrod Bowen is their top scorer in the season so far and has generated an xG of 8.780 from his 72 shots on goal.

Having beaten Chelsea 3-2 at the London Stadium back in December, the Hammers have a great chance to complete the double over their London rivals as Chelsea have been in poor form at home in recent weeks.