Manchester United and West Ham United face off at Old Trafford in Saturday’s Premier League clash for a position in the top four. Manchester United can overtake West Ham United in the Premier League table with a win as the two sides clash. The Red Devils prevailed 3-1 at Brentford in midweek, while David Moyes’s men went down 2-3 at home to Leeds United.

In the first 45 minutes of their game against Brentford on Wednesday, Manchester United looked as clueless as they did in the final 20 against Aston Villa. It was Anthony Elanga who gave the Red Devils the lead, running onto a wonderful ball floated into the box by Fred. Cristiano Ronaldo and Bruno Fernandes combined to set up Mason Greenwood for their second. Fernandes assisted Marcus Rashford, who came off the bench to secure a goal that would give him a much-needed confidence boost. The win puts Manchester United tied on points with Arsenal who have played 20 games, one fewer than the Red Devils. 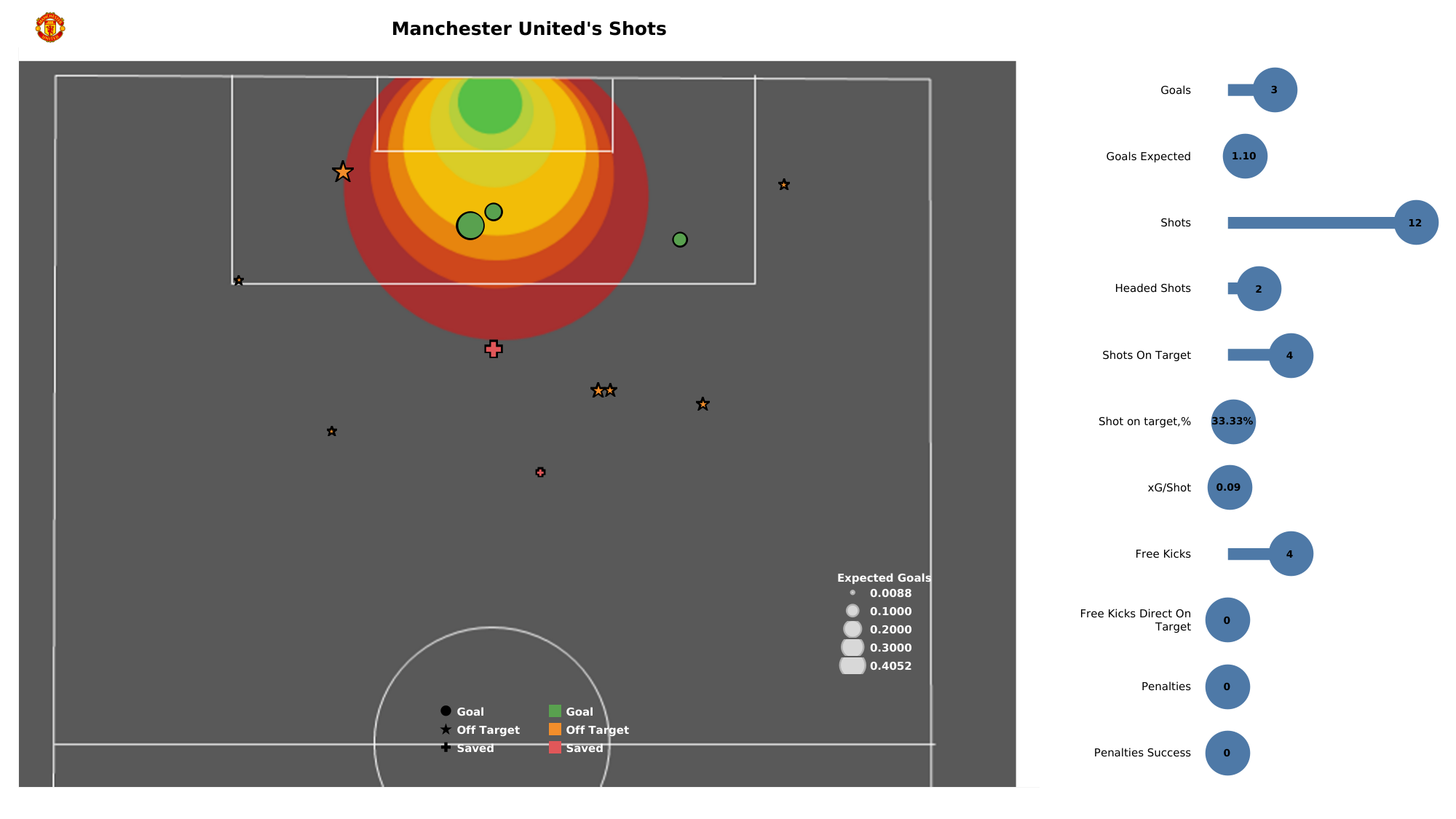 Manchester United attempted a total of 12 shots on goal against Brentford and had four shots on target. They had a very silent game in the first half in the final third but put up a much better performance in the second half to take a 3-0 lead. United failed to keep a clean sheet as they conceded towards the end.

West Ham United are currently fourth in the table with 37 points from 22 games. Spurs are at fifth with 36 from 19. It’s going to be a very intense fight for the fourth spot and the stakes are high as the Hammers visit Old Trafford on Saturday.

West Ham United were dealt a major blow by Leeds United in their latest Premier League outing. David Moyes’ men equalized twice, but Jack Harrison’s hat-trick just about did the trick for Marcelo Bielsa’s men. The Hammers’ four-game winning streak across all competitions came to an end, but they are clinging onto that fourth and final Champions League spot, as Man United, Tottenham Hotspur, and Arsenal all apply the pressure. 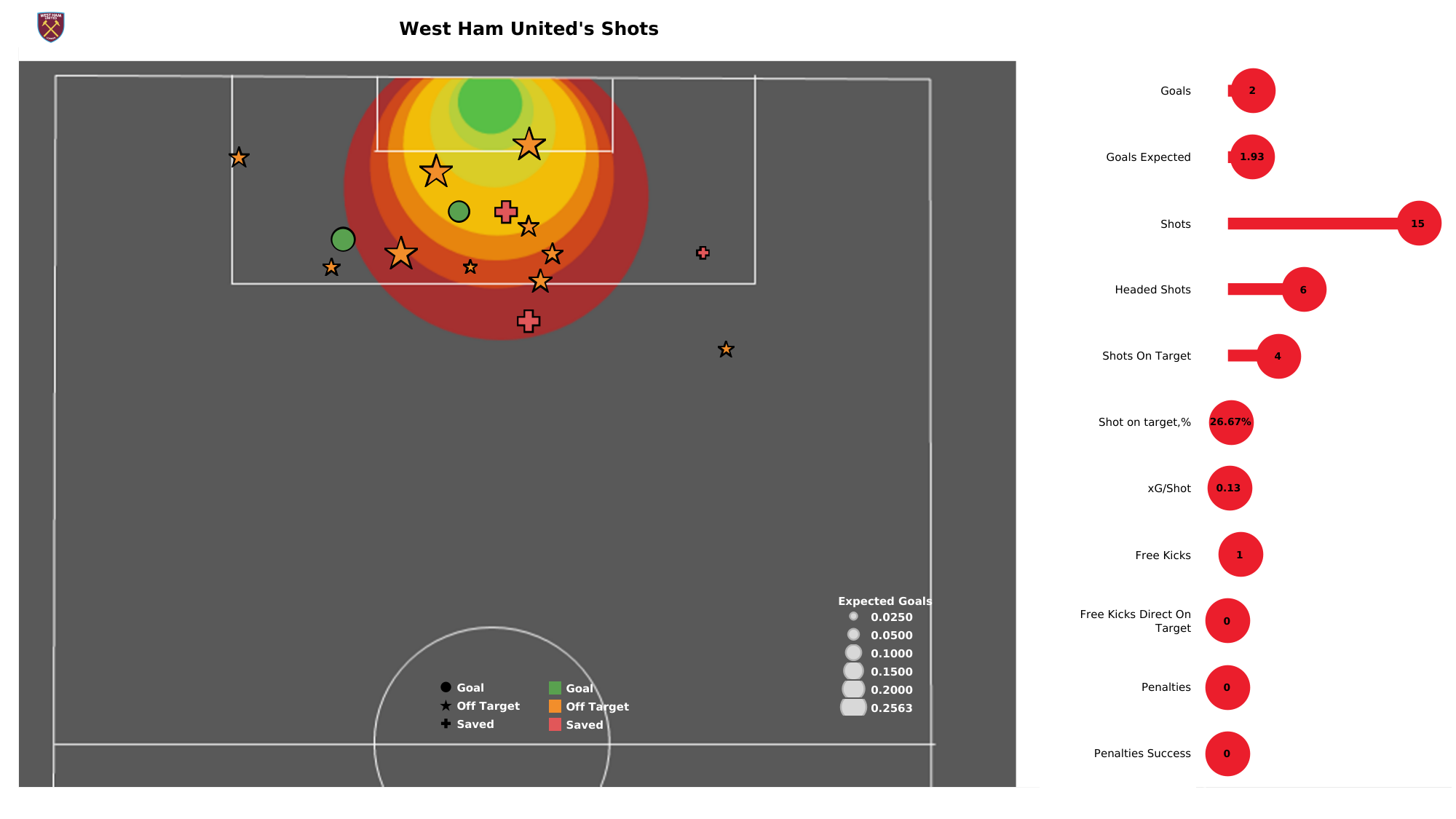 West Ham had a total of 15 shots on goal against Leeds United, but they failed to convert the chances they created towards the end of the game. They had 13 shots from inside the penalty area, but only managed to keep four shots on target. They will have to be much more clinical in front of the goal against United. 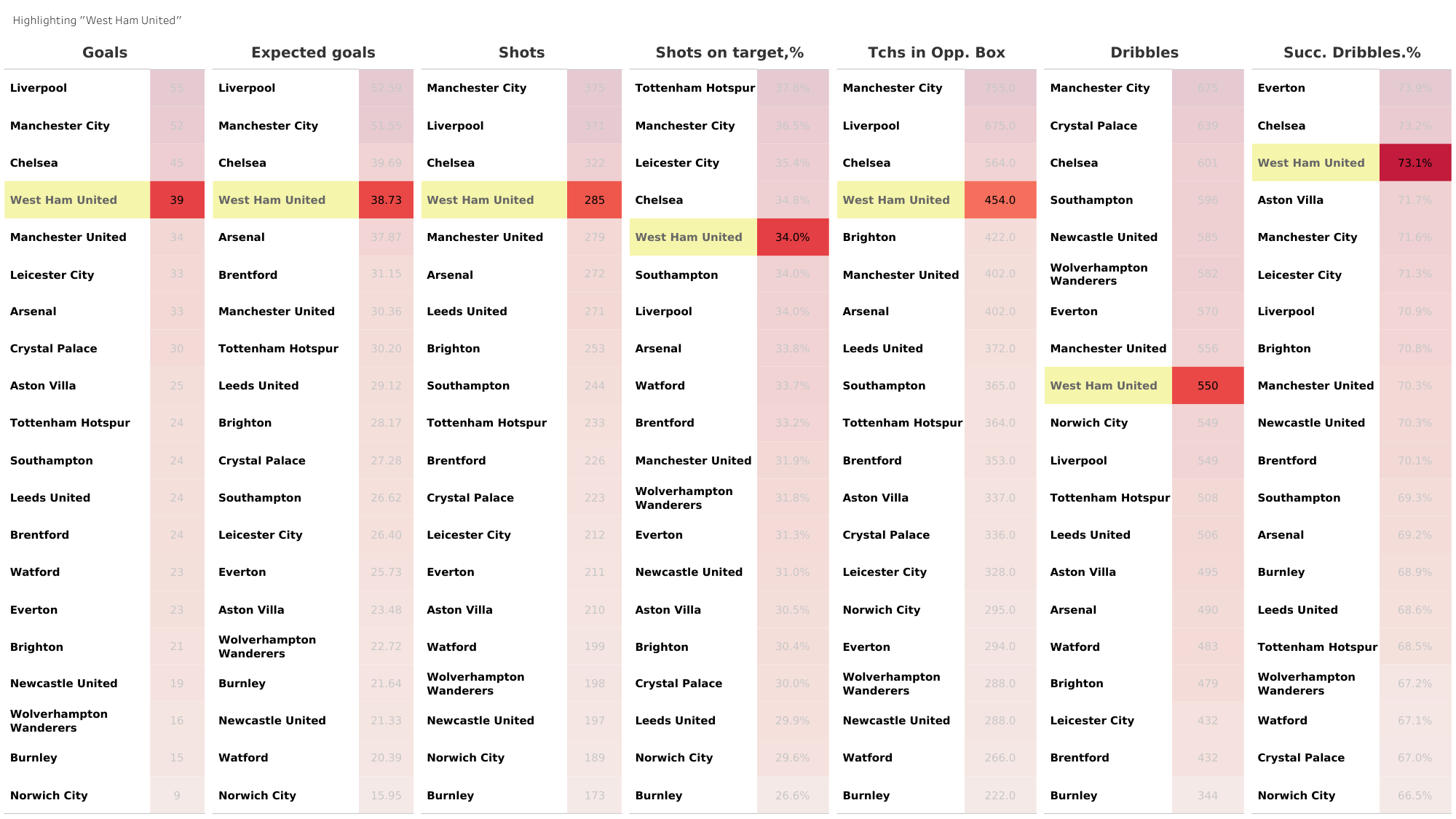 West Ham have been the better team in terms of attacking the opposition goal. They have put up better numbers than Manchester United so far in the league, as seen in the above visual. The Hammers have scored more goals than Man United and have also generated a higher xG. This indicates West Ham have been more efficient in the final third and are a greater threat. United have had their fair share of defensive problems this season, but it has been David de Gea who has rescued United from these situations.

The Hammers have already beaten Manchester United at Old Trafford in the EFL Cup this season. But the likes of Bruno Fernandes and Mason Greenwood have been in good touch in recent weeks. They won’t make life easy for the Hammers’ defense. This will be a very tight contest, and West Ham will have to be defensively stable to get all three points.