West Ham United will be looking to end their three-game losing streak across all competitions as they welcome Aston Villa to the London Stadium on Sunday.

West Ham United fought against Sevilla on Thursday night in the opening leg of their Europa League Round-of-16 tie. However, Munir El Haddadi’s 60th-minute strike proved to be the difference between the two teams at the Ramon Sanchez-Pizjuan Stadium. They conceded from a set-piece. The Hammers had numerous chances to equalize, but Nikola Vlasic and Manuel Lanzini were both guilty of missing good chances.

Their most recent Premier League match ended in a 0-1 defeat to Liverpool. The defeat dropped the Hammers to sixth place in the Premier League table, with 45 points. West Ham’s Champions League hopes are fading as Arsenal sit comfortably in fourth place with three games in hand. 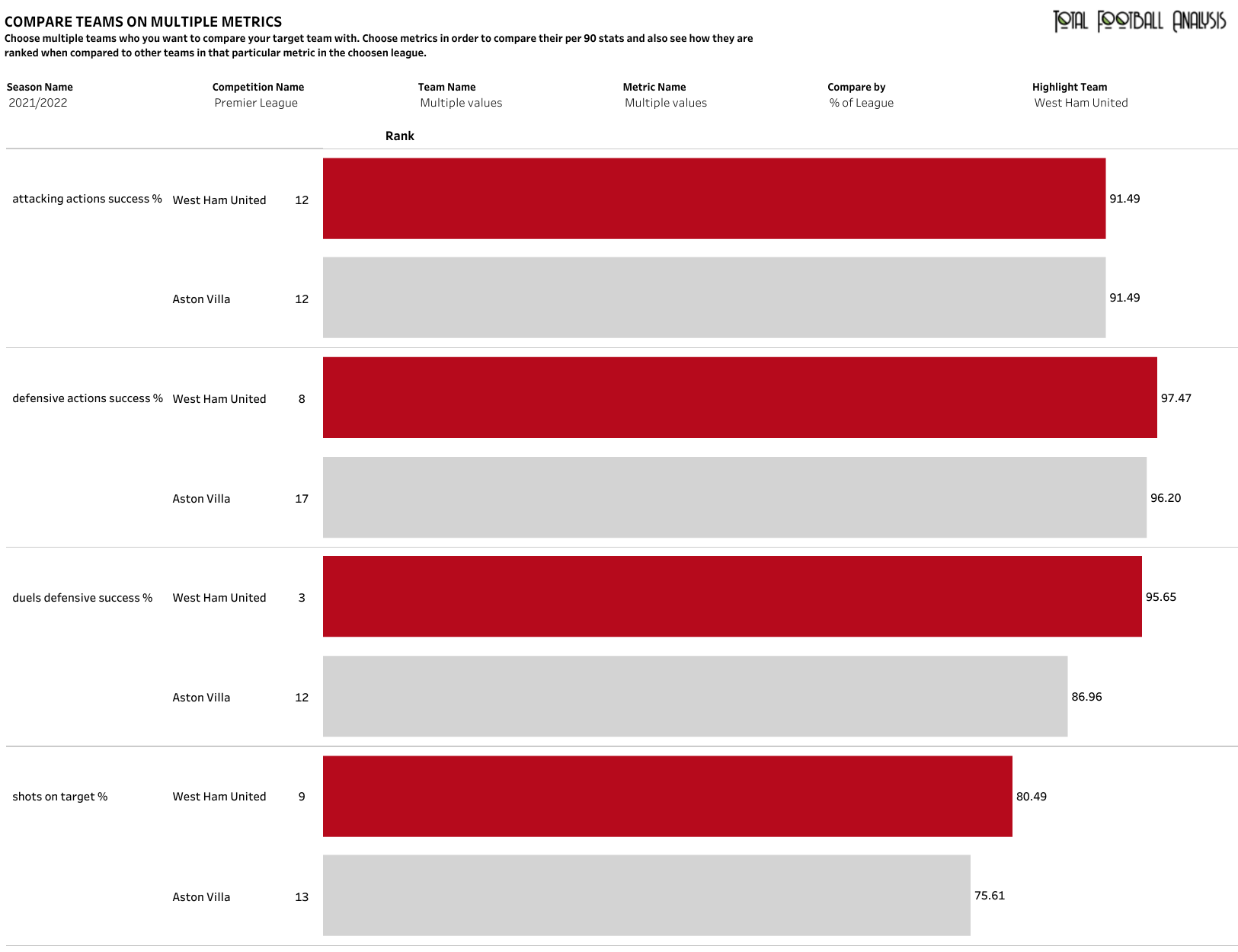 The above visual shows us the comparison between the two teams for various metrics like attacking actions success, shots on target, and defensive actions success percentages. West Ham and Aston Villa have the same success rate for attacking actions in the league, but West Ham have been a better team defensively. They have completed more defensive actions and also have a better success rate with their defensive duels. The Hammers have had 0.33 shots on target per 90, while Aston Villa have 0.31 shots on target per 90 minutes.

Aston Villa cruised to a 3-0 victory in the Premier League against Leeds United on Thursday night as the Villans now move into the top half of the table. The win was Aston Villa’s third consecutive victory in the league, scoring nine goals in those three wins. They have also managed to keep three clean sheets and now have 36 points from 27 games. 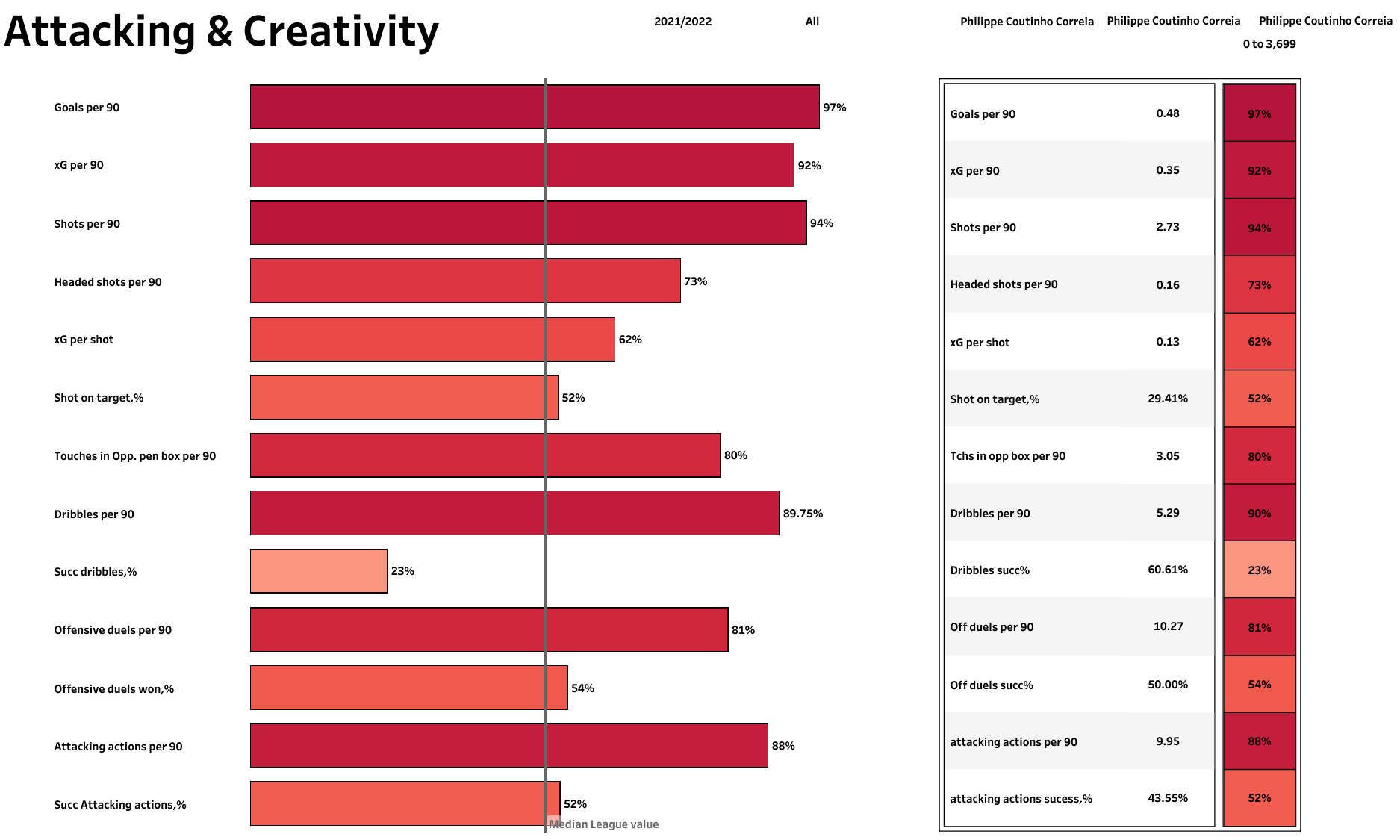 Steven Gerrard’s men have played some thrilling football in recent weeks. Philippe Coutinho has been outstanding for Villa in their previous two games, scoring two goals, assisting once, and running the show from midfield. The Brazilian has brought a spark to Aston Villa’s attack as they have been more efficient in the final third. He has attempted 2.73 shots per 90 minutes and has generated an xG of 0.35. Coutinho has attempted 9.95 attacking actions per 90 minutes and has completed approximately 50% of these attacks.

West Ham United are on a three-game losing streak and are slipping out of the race to finish in the top four. Aston Villa, on the other hand, are playing some of the best football we’ve seen from them all season. West Ham need to end their losing streak and try to win some points to at least secure their spot in the top six of the league.