West Ham’s last league game saw them lose 2-0 against Brentford. However, they came back to win 3-0 against Lyon to go to the UEFA Europa League semifinals. After drawing the first leg 1-1 at home last week, goals from Craig Dawson, Declan Rice, and Jarrod Bowen helped the Hammers record a 3-0 second-leg triumph in France, and they will now meet Eintracht Frankfurt in the final four. 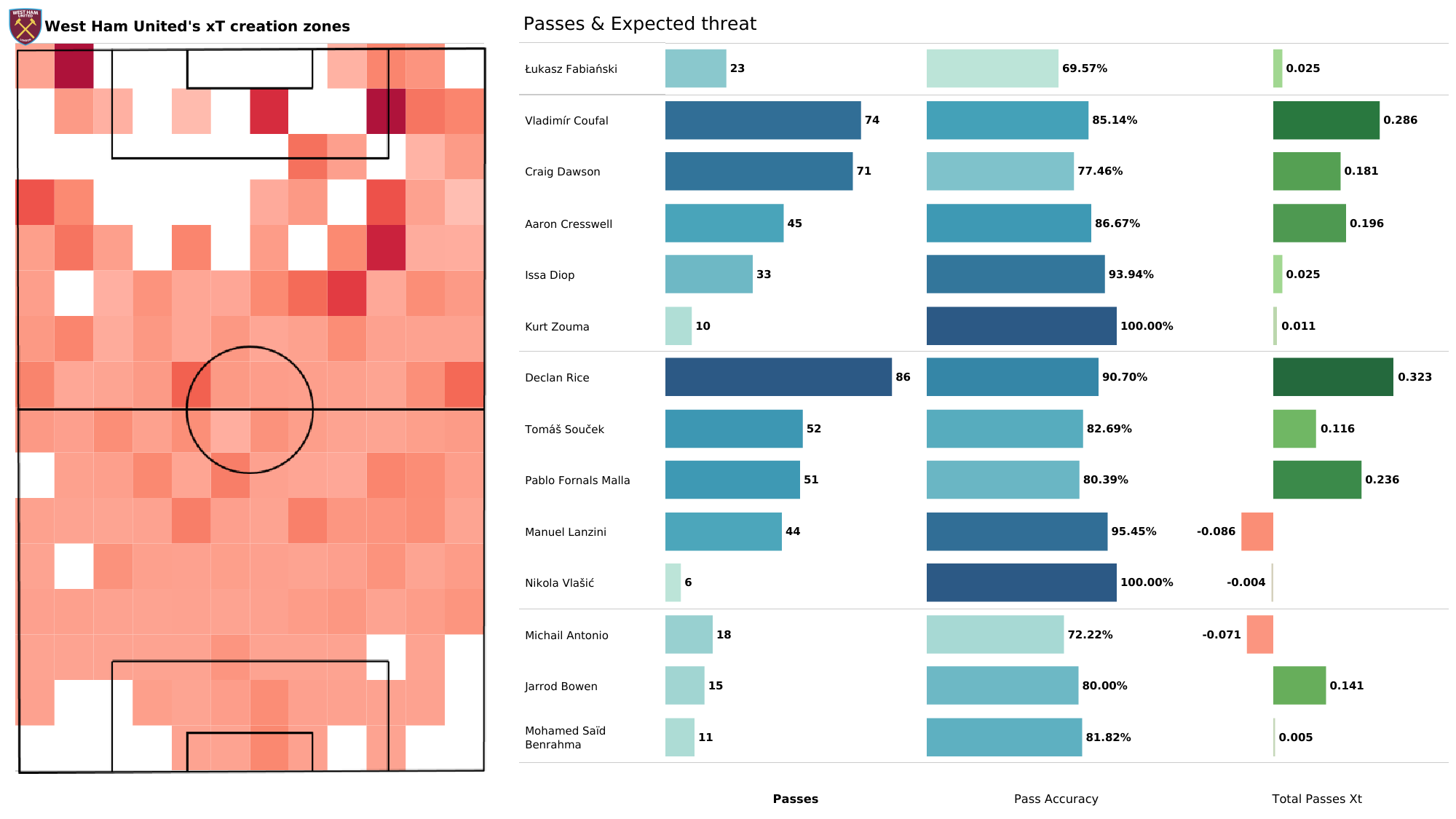 The above visual shows us the xT creation zones for West Ham from their previous league match against Brentford. West Ham were more threatening from the right flank as seen in the above visual but did have a couple of xT creation zones on the left flank as well. Vladimir Coufal and Declan Rice generated the highest xT for the Hammers from their passes.

Moyes’ side is currently sixth in the rankings, six points behind fourth-placed Tottenham Hotspur, who have played one fewer game. Arsenal, in the fifth position, has played two fewer games than the Hammers and are three points ahead. The London club are still in the fight for at least a spot in the UEFA Europa Conference League qualifiers. 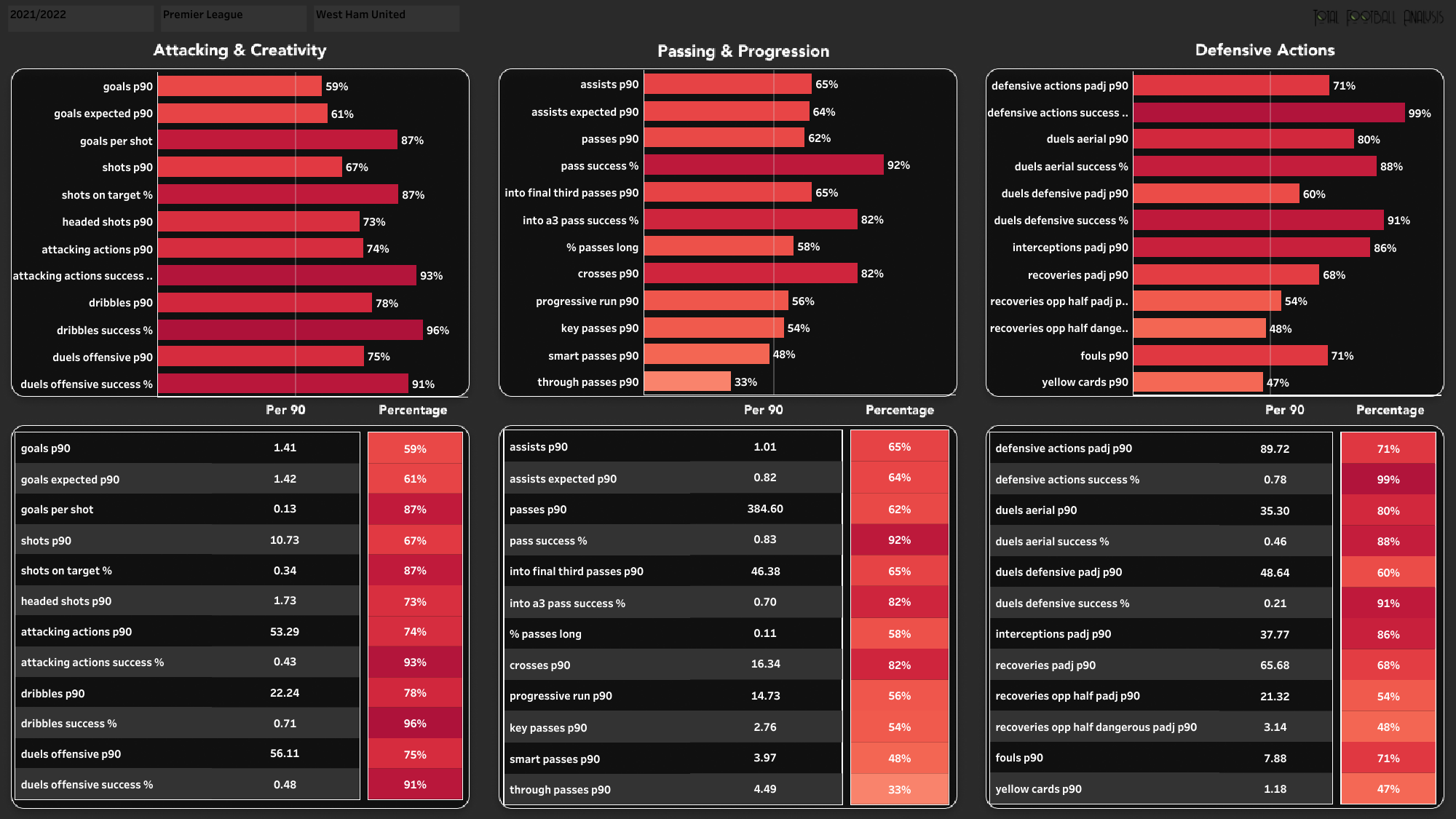 In the above viz, we can see West Ham’s overall stats in the league. In terms of attacking & creativity, the Hammers have been impressive in shots on target accuracy, attacking actions success rate, dribbles success rate, and offensive duels success rate. They have also done well defensively and have a 78% success rate for the defensive actions they have attempted.

Meanwhile, Burnley parted ways with Sean Dyche on Friday and will want to start the post-Dyche era with a win. They failed to capitalise on their 3-2 victory against Everton, falling to a 2-0 defeat against last-placed Norwich City in their previous league outing. Burnley have lost five of their last six games, and desperately need a win to fight their way out of the relegation zone. With eight games remaining, they are four points behind 17th-placed Everton. 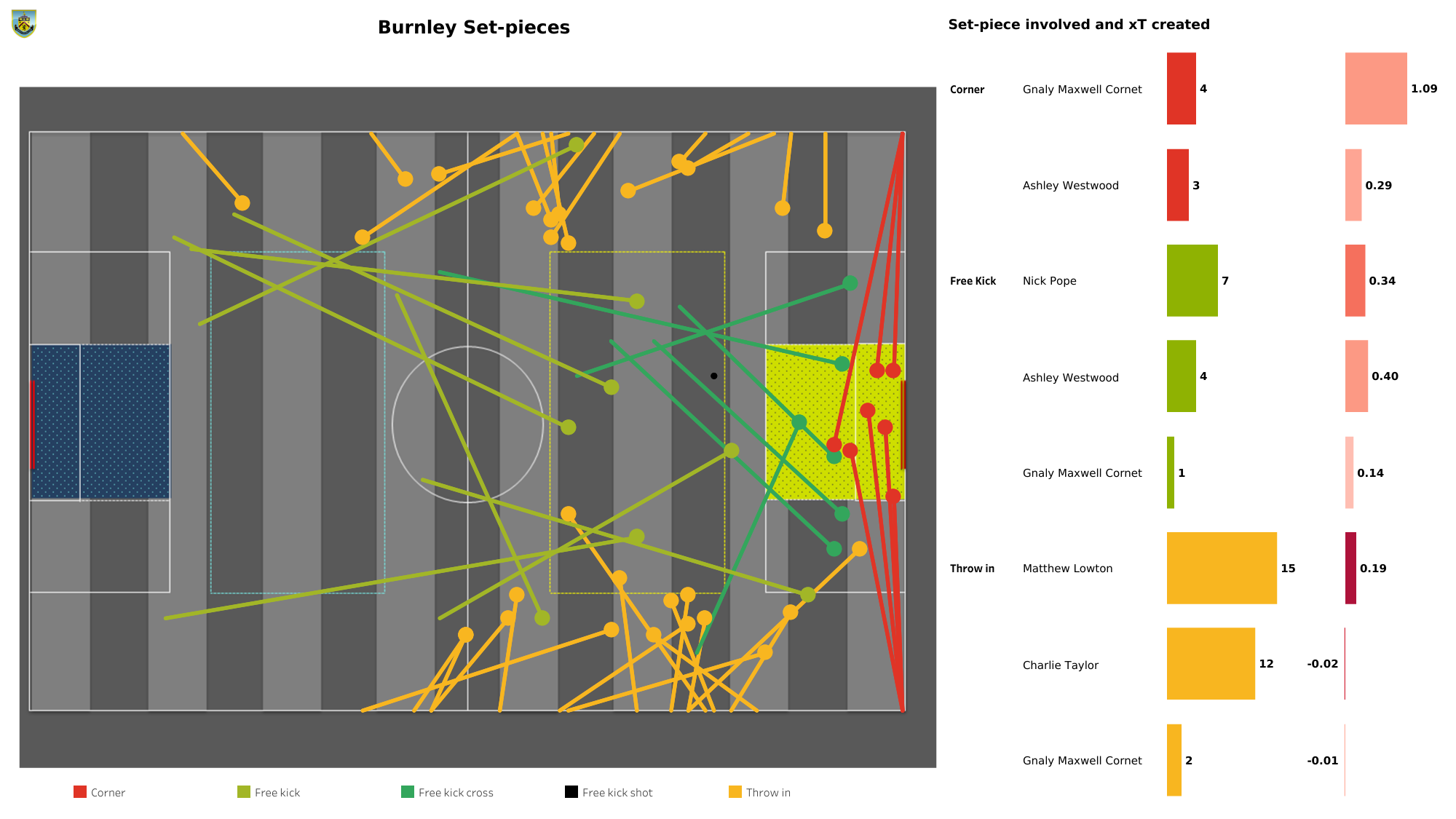 Burnley have always been a huge threat from set-piece situations and it was a similar story against Norwich as well. The Clarets generated a high xT from the seven corners they won, but failed to find the back of the net from these set-pieces. The Clarets have a high success rate in winning aerial duels and have won 50% of the total aerial duels they have attempted so far. 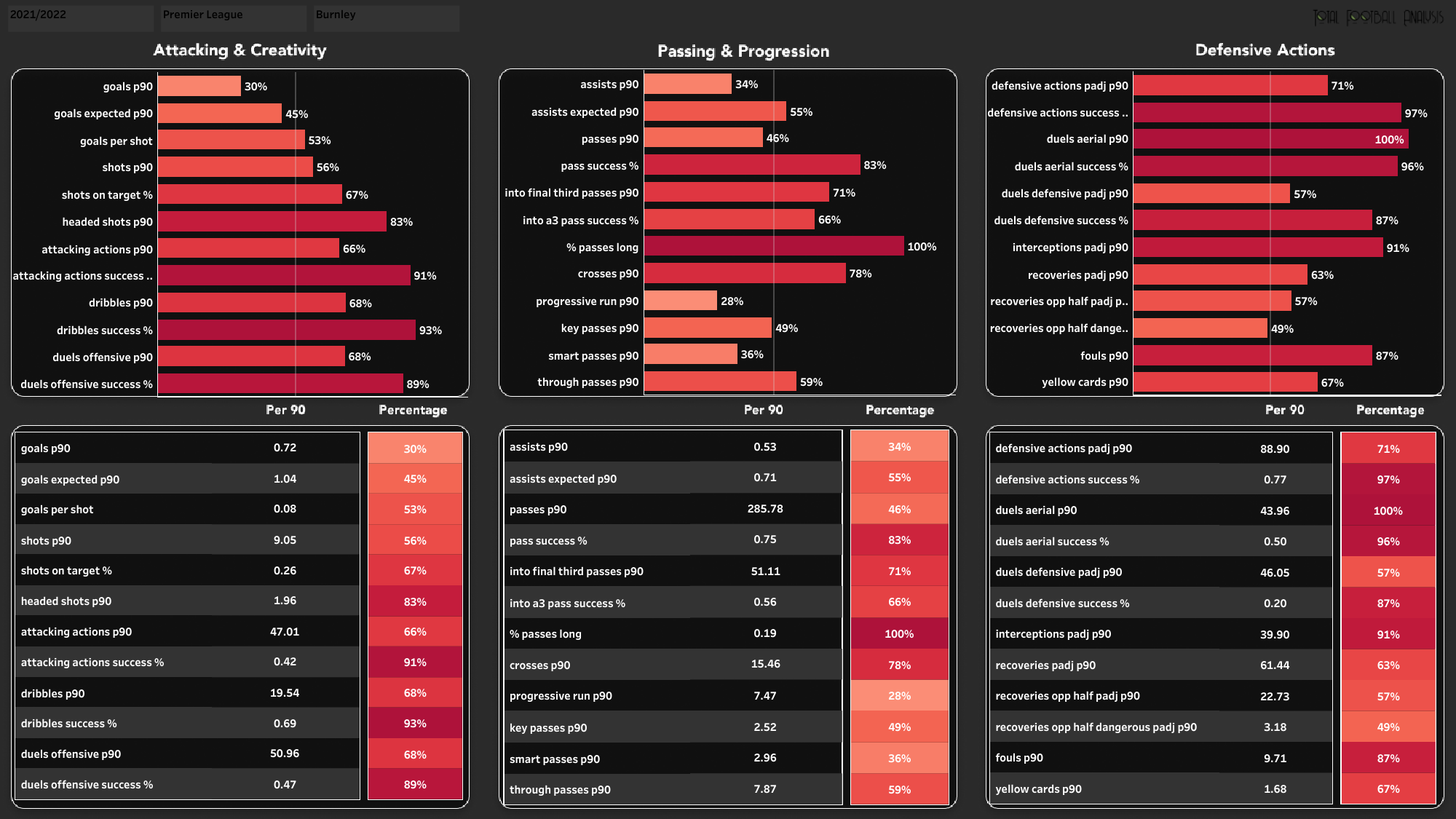 From the above viz, we can see that Burnley have done particularly well in terms of defensive actions as they have a high percentile for most of their defensive and aerial duels. But the Clarets have struggled in the final third. They have only scored 25 goals in the league so far, which is the second-lowest tally amongst all teams.

West Ham are currently in better form, considering that they have managed to pull off a 3-0 win against one of the favourites of the Europa League. Burnley have struggled to find consistency and the hosts are expected to secure all three points from his fixture.