West Ham United lost 1-3 against Brighton on the final matchday of the Premier League season. This loss meant that West Ham will have to compete in the Europa Conference League next season as they failed to capitalise on Manchester United’s loss to Crystal Palace. Michail Antonio put the Hammers in front before Brighton hit three in the second half.

How many passes into the final third did Brighton complete? How many interceptions were made by West Ham United? 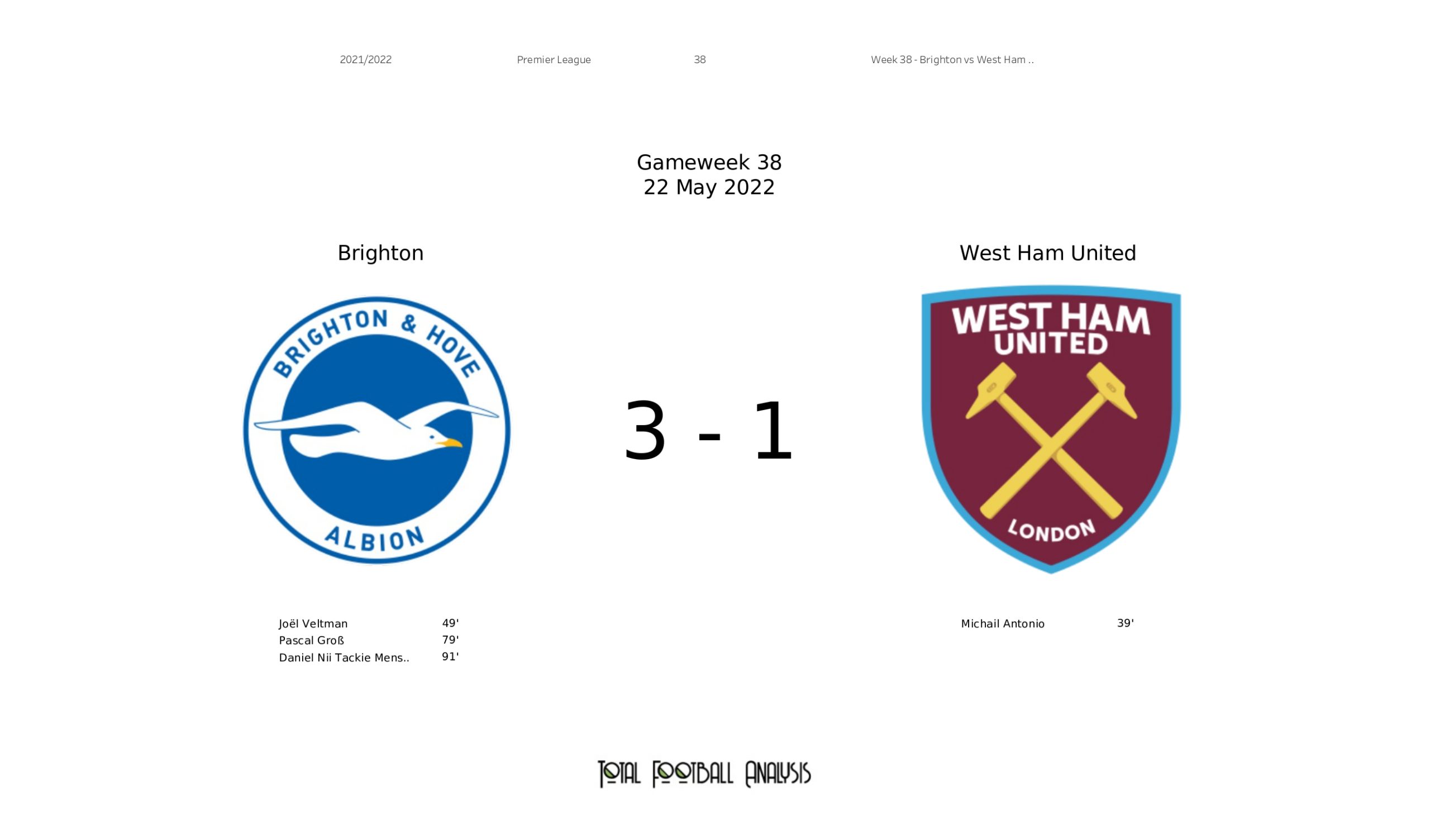