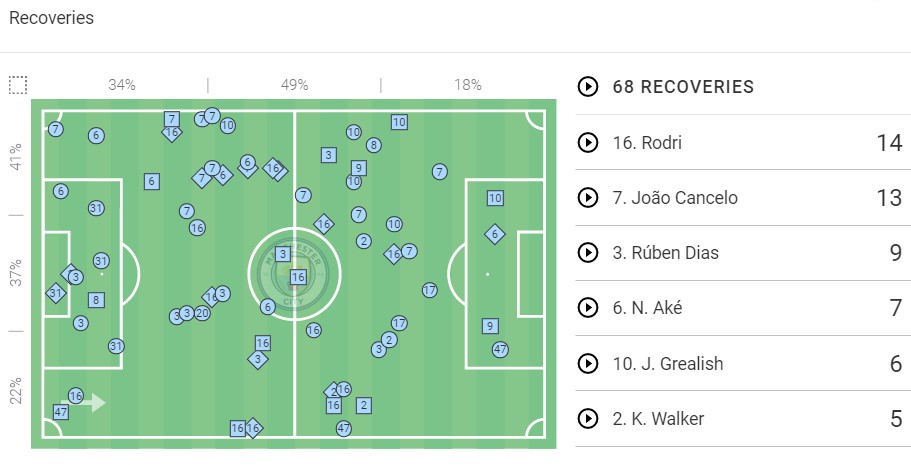 Man City recovered the ball 68 times in the match. Rodri and Cancelo cracked double digits in recoveries made, as they made a combined 27 recoveries.

West Ham United were never really in the game to threaten Manchester City’s defence. In their next game, the Hammers travel to the newly promoted Nottingham Forest. For Manchester City, the team will hope to carry this winning streak when they take on another promoted team at home – Bournemouth.