West Ham United were held by Newcastle United at the London Stadium in the Premier League. Craig Dawson scored the opener for the Hammers, but Willock found the back of the net before halftime, as the Magpies leveled the score.

What were the passing zones for both teams? Which team was more effective in the final third with their attempts on goal? 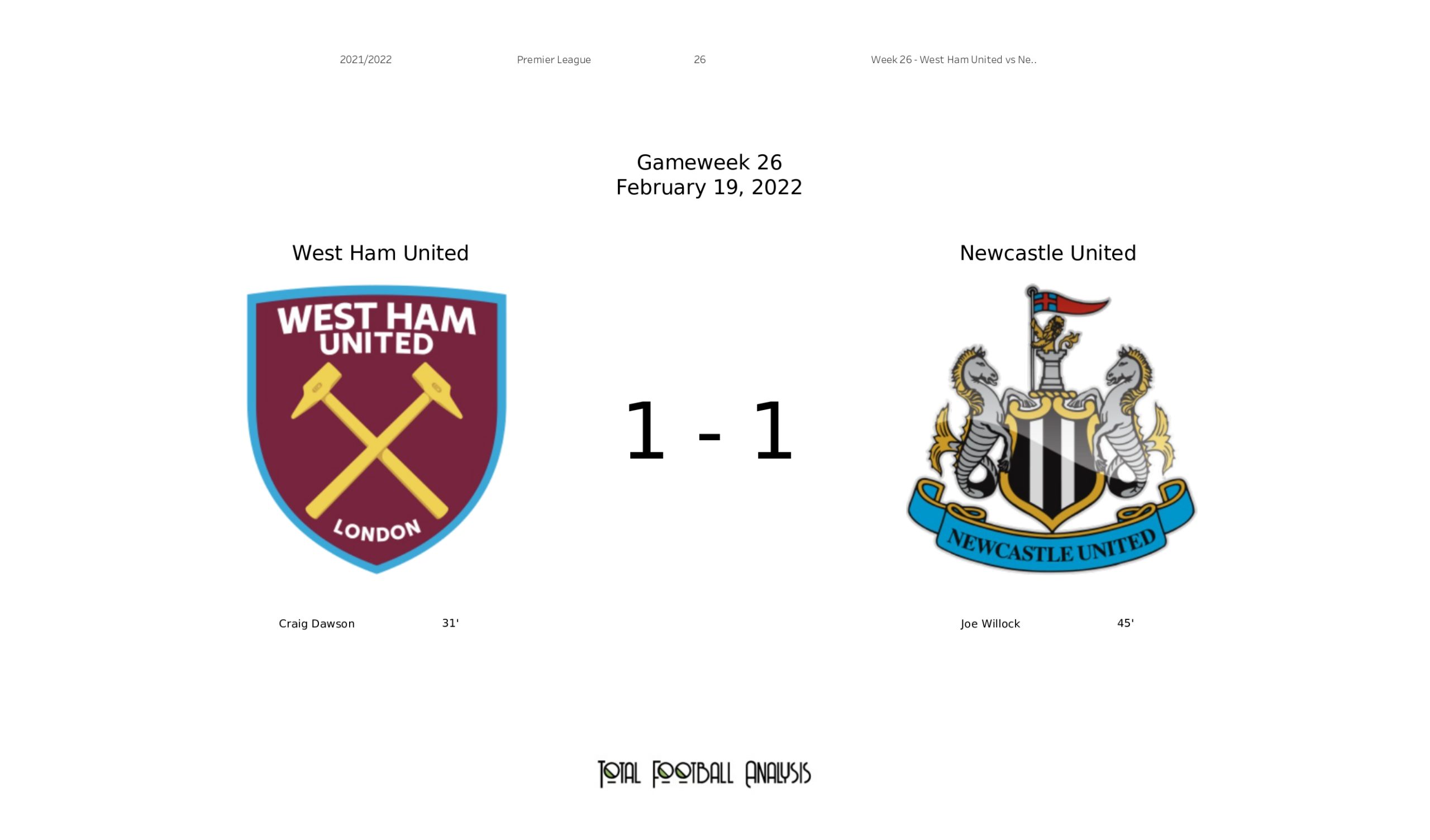