Declan Rice and Tomas Soucek have been utterly dominant for West Ham since the beginning of the 2021-22 Premier League season. The duo should have every team worrying about West Ham United. They provide a phenomenal base for West Ham, as they naturally shield the defense, which makes it very difficult to attack the team and virtually impossible to counter-attack.

Rice and Soucek have that understanding between them and act according to the tempo of the game. If it is Rice who is pressing higher up the pitch, then Soucek holds back to prevent any through passes played into the final third and vice versa. The two of them are very physical players, and most opponents cannot go toe-to-toe with them. Both are huge threats going forward and are also a threat to the opposition when West Ham have set-pieces in dangerous positions. 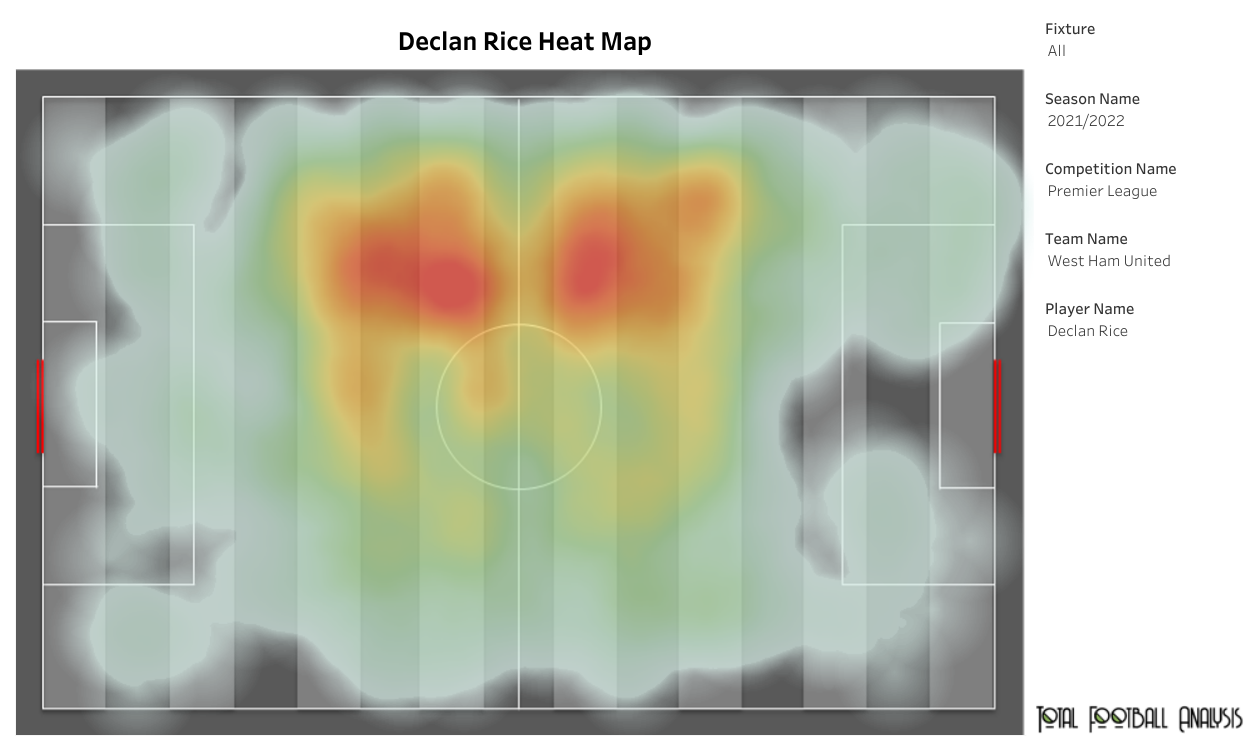 Declan Rice has been playing on the left side of this pivot and has been an important figure when it comes to winning the ball back for his team. Rice has been West Ham’s key defensive anchor, and his desire to push forward has helped West Ham break the press and start quick counterattacks. He has a pivotal defensive role as he has the power, speed, and mobility to do the work of two players in there. 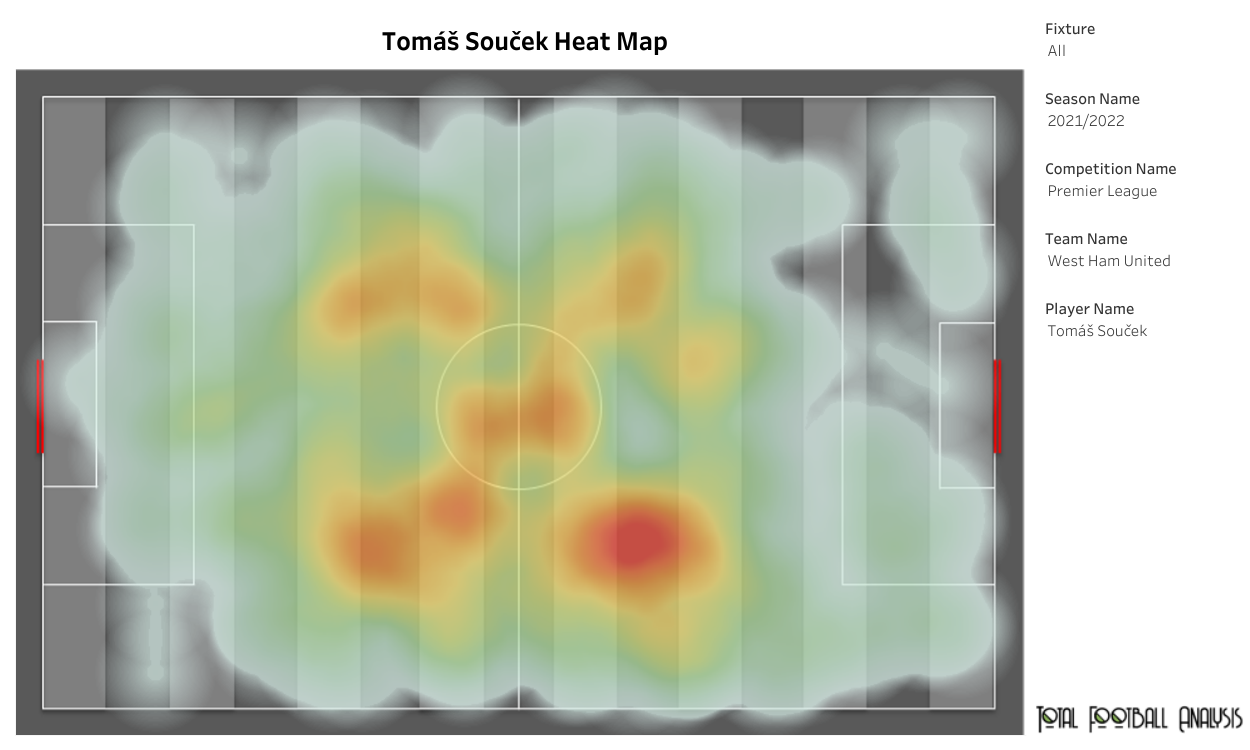 Soucek is more of a box-to-box midfielder, and he often picks up the ball, feeds it wide or forward, and then continues his runs to get up and support the attacks. As seen in his heat map, we can see Soucek has been there in both halves in most matches doing the same. 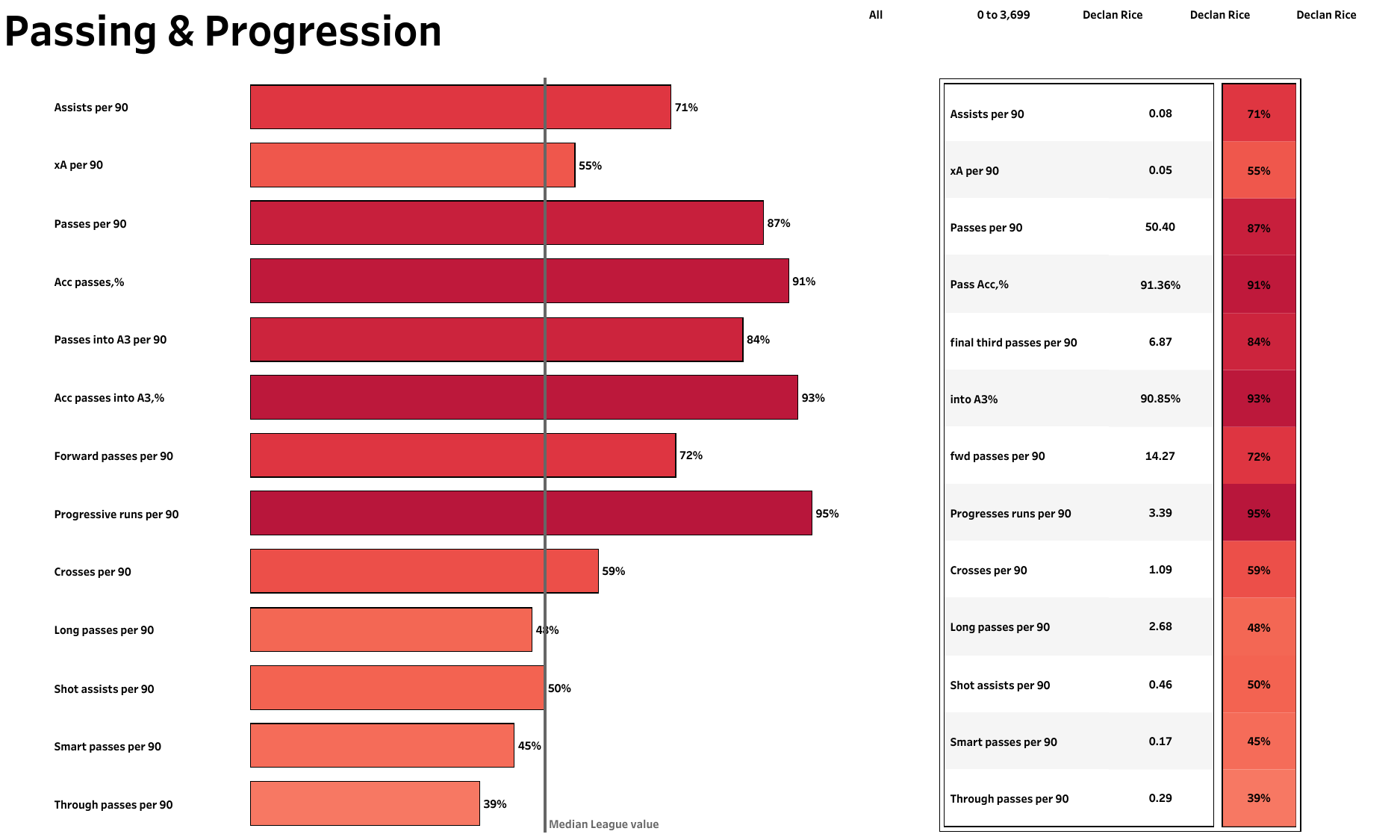 Declan Rice has been the better of the duo when it comes to playing passes into the final third and creating a threat with those passes. The English midfielder has provided four assists so far in the 22 games he has played for the Hammers in the Premier League. As we can see in the above visual, the passing stats are better than most of the players in the league. He has attempted 50.40 passes per 90 minutes and has a passing accuracy of 91.36%. He has a high accuracy percentage of playing passes into the final third and has attempted approximately 14.27 forward passes per 90 minutes. 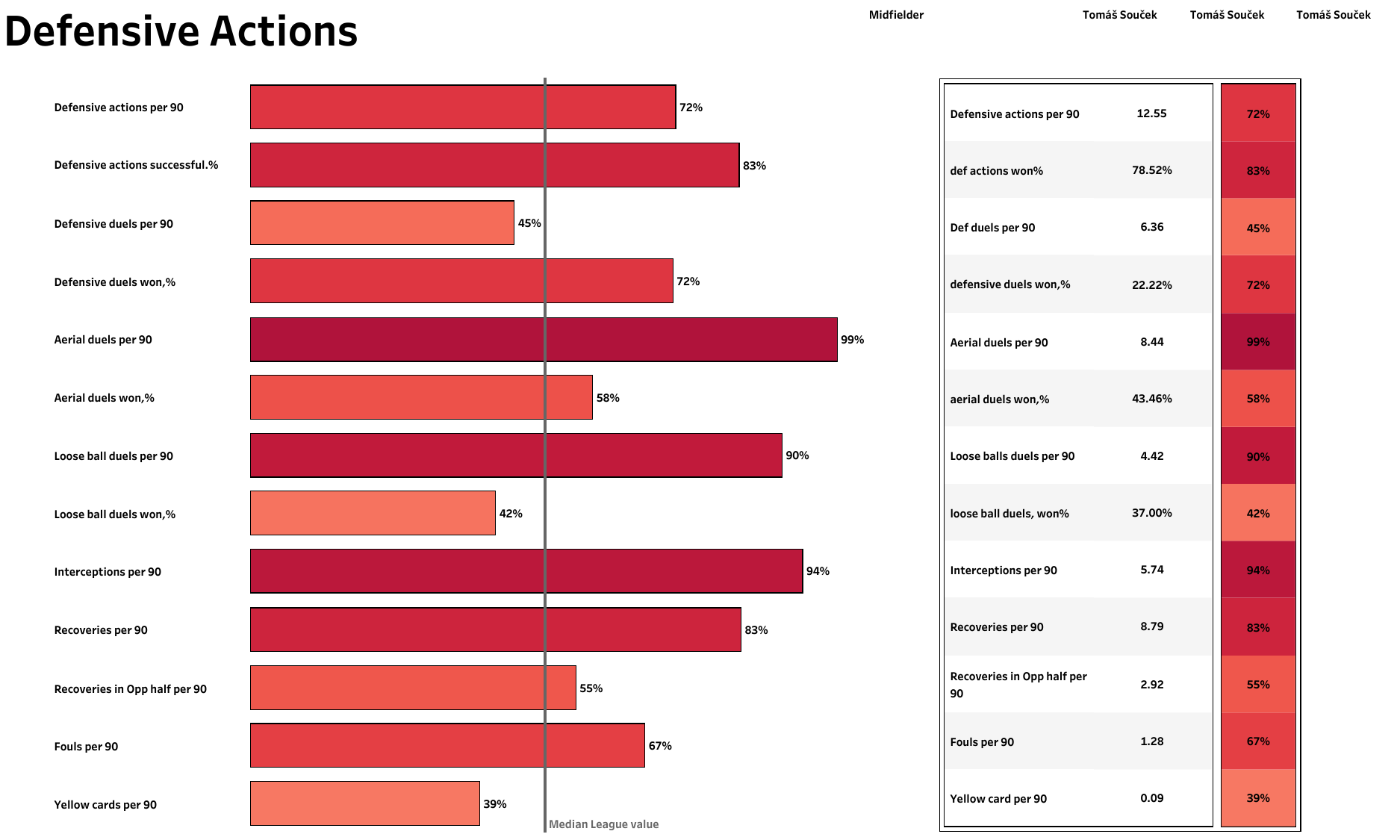 The Hammers have a special partnership forming in the midfield and that can see them go far. Moyes can surround them with trickier players to keep West Ham dangerous, knowing that his midfield pairing can shut teams out and keep things solid at the back. West Ham will be facing Watford after the break and will look to get back to the form they had at the start of the season.