22-year-old West Ham United full-back, Ben Johnson, is making a name for himself this season. His ability to play either flank has been vital, while Aaron Cresswell, Vladimir Coufal, and Arthur Masuaku have all had spells on the sideline. The talented youngster has been allowed to have a run in the starting XI in his preferred right-back role following injuries to Ryan Fredericks and Vladimir Coufal. The academy graduate is a versatile player, capable of playing either full-back role, and is continuing to improve with every game.

Johnson has been at the club since the age of seven and has now made the step up to becoming a first-team regular seem relatively easy, playing with experience beyond his years with several assured defensive performances and hard-working displays. Since his debut against Manchester City in February 2019, Johnson has been considered one of the better prospects within the West Ham Academy. In the past month, West Ham have failed to maintain consistency and have had problems defensively. Vladimir Coufal has not been up to his best and has given his manager a chance to rethink his position in the starting line-up. 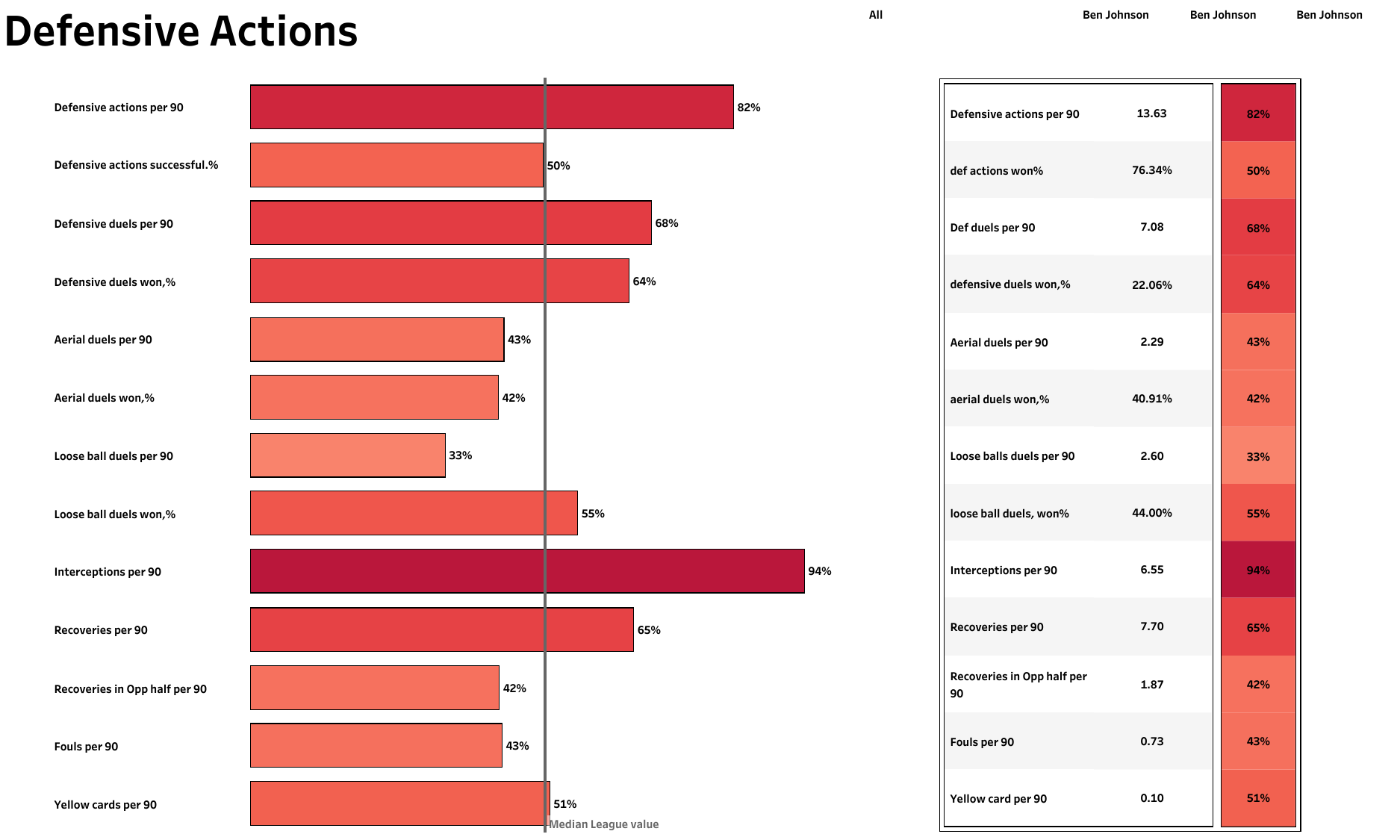 Academy graduate Johnson started five consecutive games in all competitions while Coufal was struggling with a niggling issue. During that run, the Hammers beat Everton, Tottenham, and Aston Villa, while also knocking Manchester City out of the Carabao Cup on penalties. Johnson put up brilliant performances and showed potential that he can be the first choice right-back for his manager in the coming time. Johnson has attempted 13.63 defensive actions per 90 minutes and has won 76.34% of these actions. He has the highest success rate in winning loose ball duels as he has won 44% of the loose ball duels he has attempted. 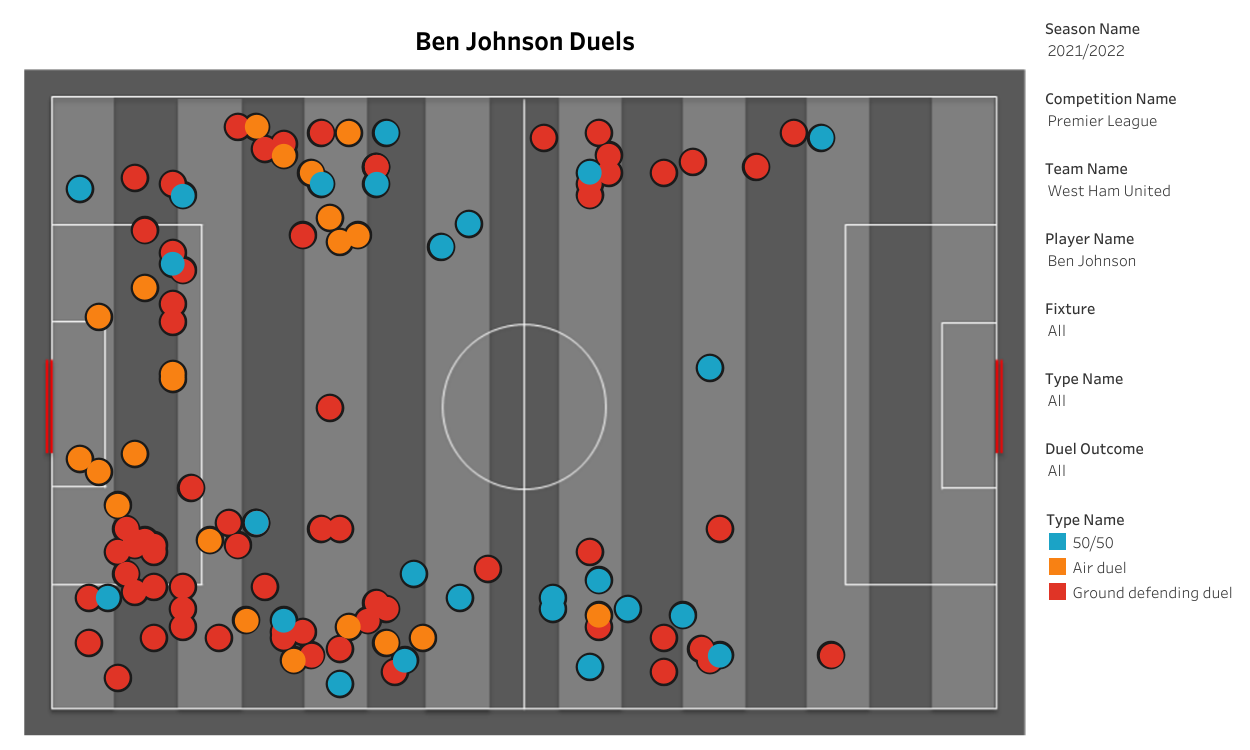 Johnson has attempted several duels on both flanks as he has had spells as a right-back as well as a left-back for his team. He has attempted more ground defending duels as he was in the wider areas. He has also attempted more loose ball duels higher up the pitch. Johnson has won 16 duels in the opposition’s half, as he tries to win the ball higher up the pitch, which gives his team a chance to begin an attack on the unsettled defense of the opposition. He changes the team’s fortunes, winning important tackles in the defensive third and recovering possession of the ball for his team. 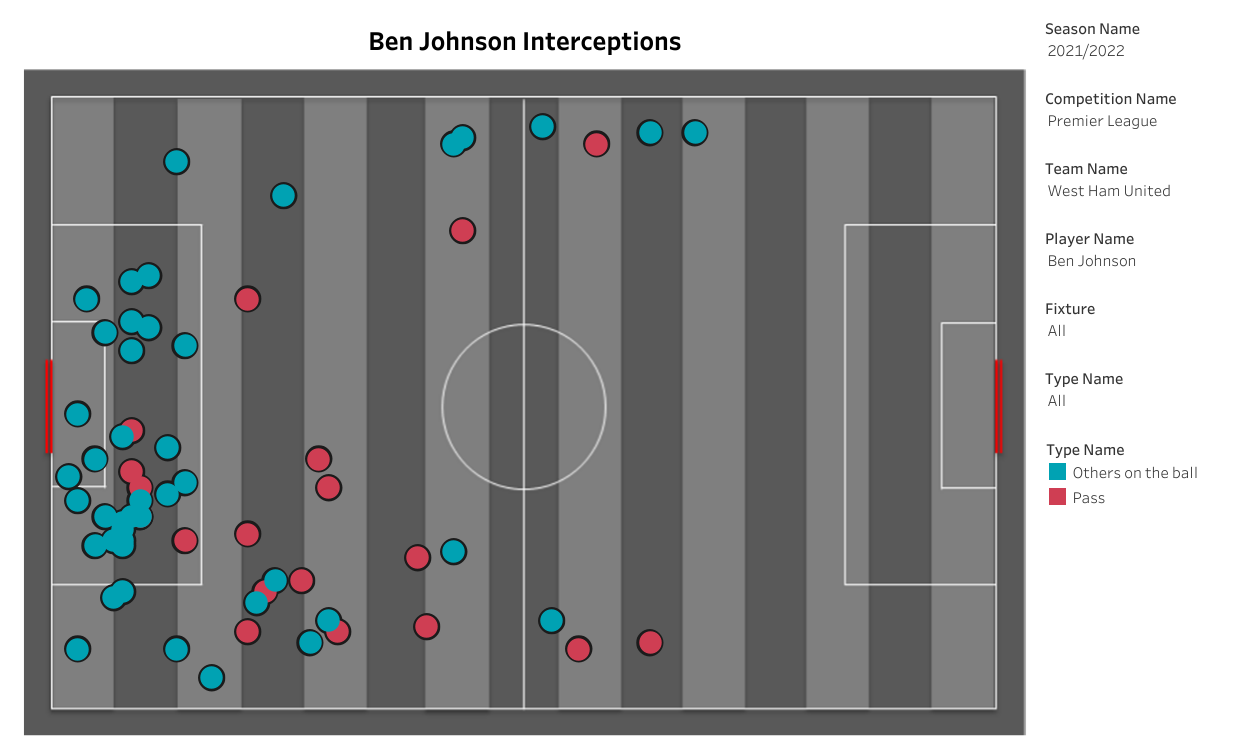 Johnson recovered so many balls in the defensive third, and he did not give up any space or time to his opposition. He is mentally sharp and capable of closing down anyone, including players outside of his normal defensive area. The above visual shows us that the full-back has made several important interceptions in his penalty area and helped his team stop the opposition’s attacks. He has attempted 6.55 interceptions per 90 minutes and ranks in the 94th percentile for the same in the league. 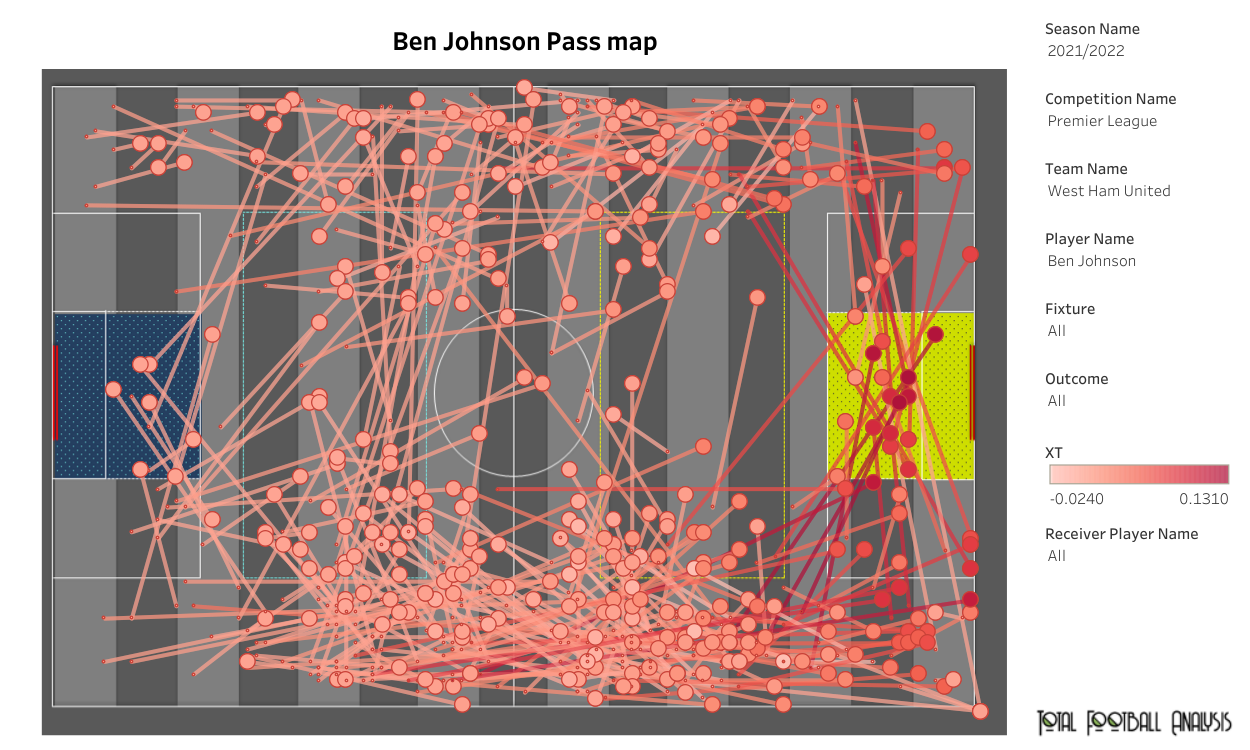 The above viz shows Johnson’s pass map for the 2021-22 Premier League season. Johnson has made a total of 11 appearances in the season so far. From these 11 matches, he played as a right-back in seven games and as a left-back in the remaining four games. He has been involved in the build-up towards the goal. The full-back tends to go forward and help in attack but is never shy of running to get back into his defensive positions. He is a serious threat on the right wing for Real Madrid and also plays a big part in carrying the ball from his half into the final third. Most of the crosses he has attempted into the penalty area have generated a high xT and have given their attackers a better chance to score goals.

Johnson’s current contract expires in six months, but he has the option of a two-year extension. West Ham are very happy with him, and he is set to be rewarded with a new long-term contract at West Ham after a run of fantastic performances.