West Ham were defeated 1-3 by a Son Heung-Min brace and an unfortunate own goal by Kurt Zouma. On Thursday, they won 2-0 against Sevilla in the UEFA Europa League after 120 minutes of intense football. It was clearly that visible West Ham players were still fatigued from their night of European football.

Tottenham got off to a fast start, scoring two goals in less than 25 minutes. The hosts were on their way to another home victory when Benrahma struck, sending the men in white into a frenzy for a few minutes. However, West Ham’s pressure did not last long. Spurs found their rhythm again going into the second half and in the balance of play, completely deserved the three points. The win could turn out to be very crucial in the race for the top four spots this season. 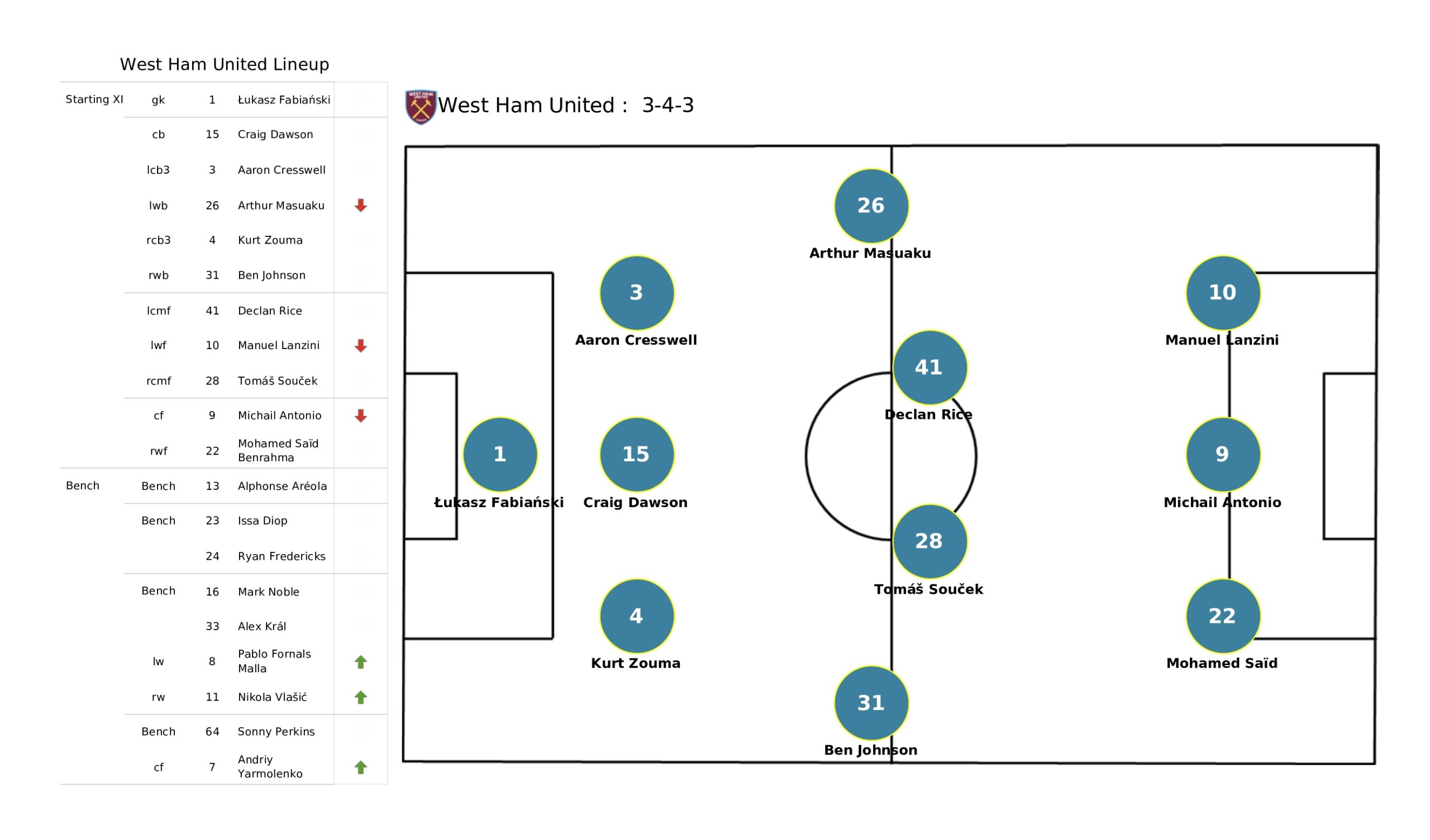 Both Conte and Moyes opted to deploy five at the back in a bid to nullify the wide threat posed by either side. West Ham started with Dawson, Zouma, and Cresswell as their three centre-halves. Masuaku and Johnson were put in the wing-back roles. However, it arguably came to the Hammers’ disadvantage early on when a ball from the central defender, Craig Dawson, just about reached wing-back Arthur Masuaku, but his pocket was quickly picked by his opposite number Matt Doherty. Doherty swiftly linked up with Kane, who used his strength to hold off the defender before putting the ball across the face of the goal. Spurs were fortunate with the way it eventually ended up in the net after Zouma’s knee deflected the ball beyond West Ham’s goalkeeper. 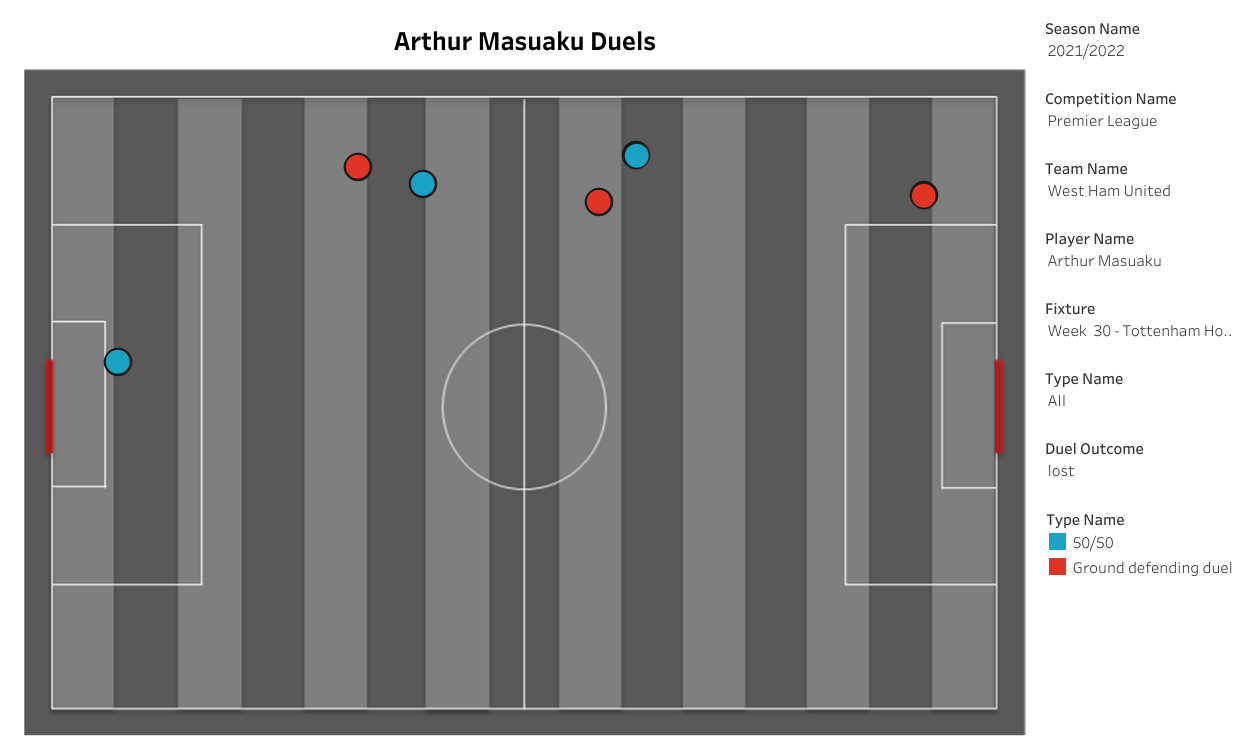 Arthur Masuaku had a game to forget as he struggled throughout the first half and was replaced by Manuel Lanzini as David Moyes decided to switch to a back four. The 28-year-old was deployed in the left wing-back role yesterday in the hope of nullifying Spurs’ threat down their right-hand side. Most of the game passed by West Ham’s wing-backs with minimal influence as Masuaku and Ben Johnson were both held back on defensive duties. Masuaku attempted five duels in the game and failed to win a single duel. He was easily beaten by the Tottenham players on the left flank and also crumbled under pressure from Doherty. 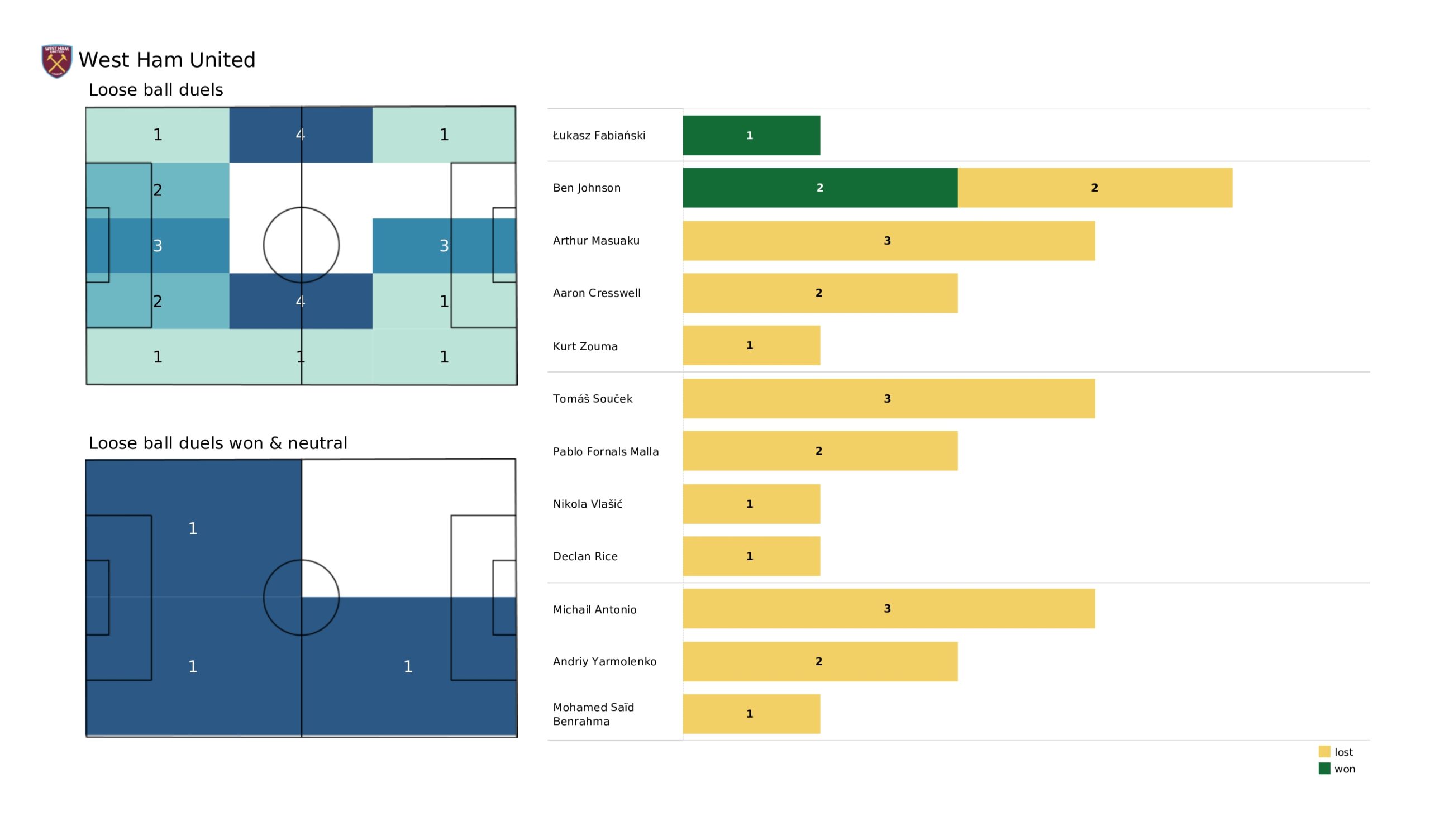 West Ham started the game with a more defensive mindset and were put under pressure by the Spurs attackers. They struggled to recover the loose balls and only won three loose ball duels. It was Ben Johnson who won two of his four duels, but the rest of the West Ham players did not recover a single loose ball and failed to regain possession of the ball.

The main reason why David Moyes had to start in a back three formation is the lack of squad depth this season. West Ham had the chance to increase the depth of their squad in the January window but did not do so. The after-effects can be seen now as they have a crunched fixture list, and that can be seen in the performance of the players. West Ham United are now out of the top six of the Premier League and will have to fight for a spot in the top six to at least keep their dreams of playing in Europe alive.