With a midfield duo of Declan Rice and Tomas Soucek, West Ham United comfortably have one of the best midfield pairings in the Premier League outside the top six. However, they do not have any reliable backup to the pair of defensive midfielders. Ahead of the start of the long season, which will see the Hammers compete on the European stage in the UEFA Europa Conference League, a midfielder who can cover for Rice and Soucek is needed. One name that has been linked in the past few days is the Swansea City midfielder, Flynn Downes. 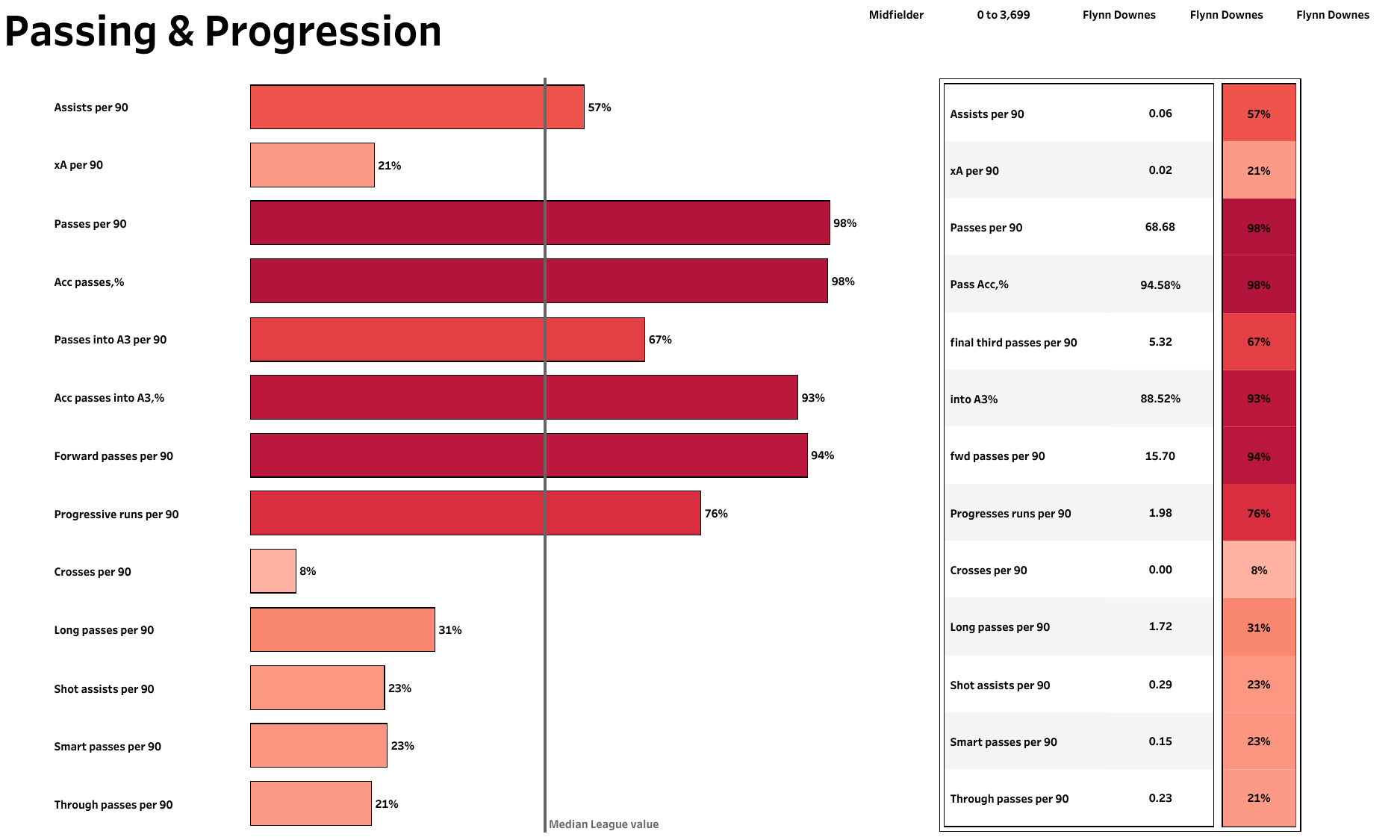 Downes featured for Swansea City in 39 matches across all competitions last season, including 37 in the EFL Championship. He scored one goal and assisted two of them for the Swans. However, his biggest strength was his passing ability as he completed a whopping 94.58% of his passes of his more than 68 attempts per 90, ranking him in the 98th percentile in both categories. The Englishman also completed 88.52% of his balls into the final third per 90, showing that he can take the risk of ball progression when necessary. Nearly 16 out of his 63 passes per 90 were forward-moving, and he also completed 1.98 progressive runs per 90. 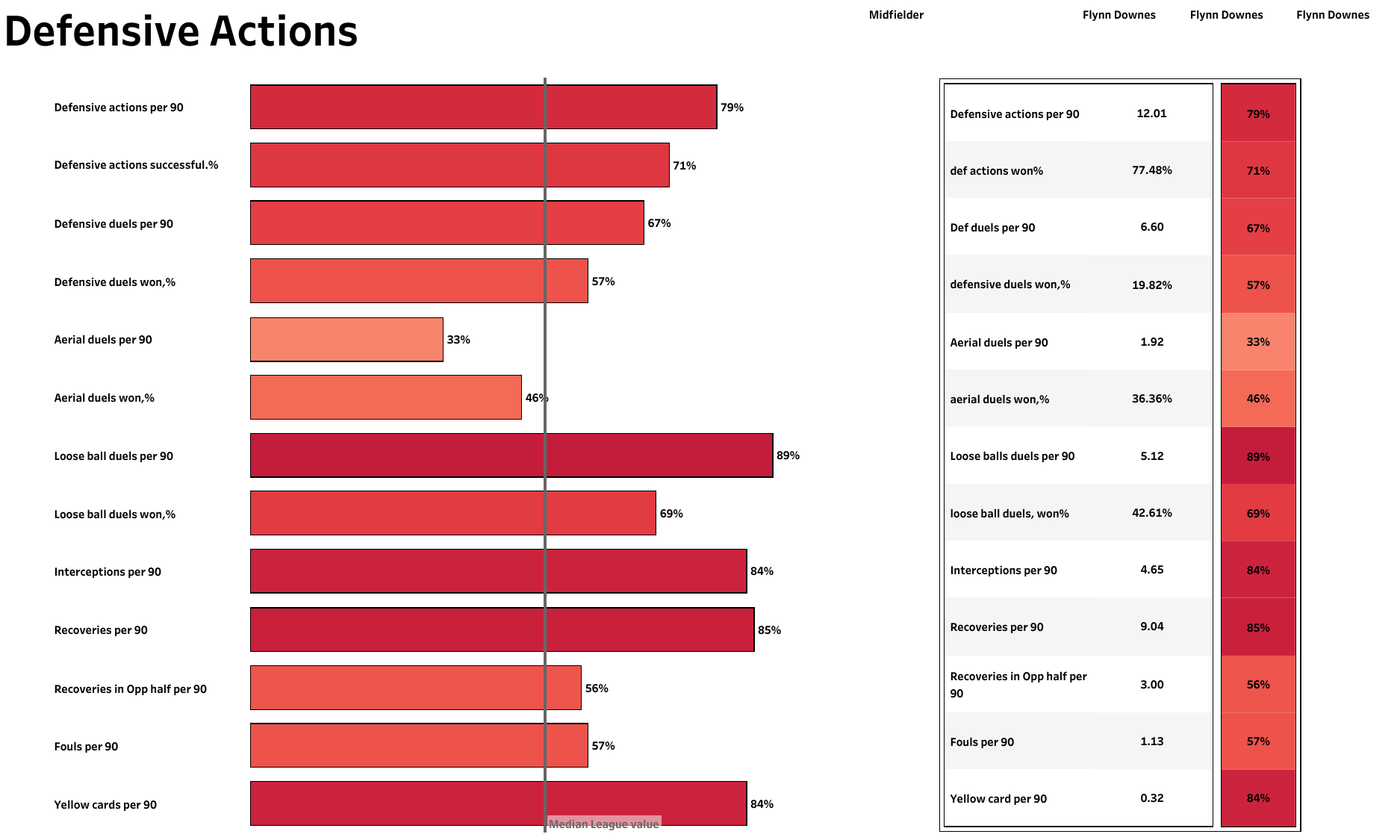 Downes was not afraid to do the dirty defensive work for Swansea. He attempted 12 defensive actions per 90 and won 77.5% of them. He contested 6.6 defensive duels per 90. The only area where he performed below average relative to other midfielders was aerial duels, but this can be forgiven as his height is only 173 cm. The Englishman fought in over five loose ball duels per 90, recovering just below 43% of these. He made 4.65 interceptions per 90 and more than nine recoveries per 90, ranking him in the upper quintile in both categories. 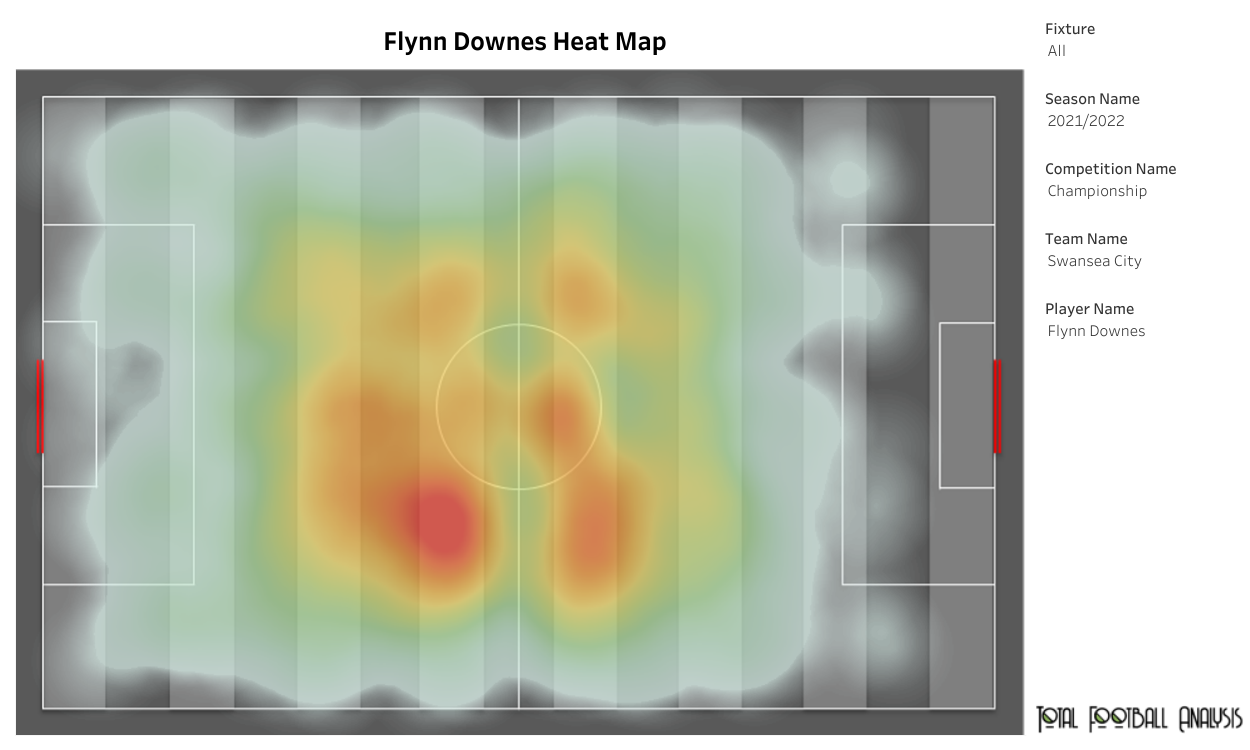 Downes was most active and influential from the base of midfield, as seen in the above heat map. He was often paired with another midfielder in the double pivot. While he was capable on the defensive end, it was his ability to keep the ball ticking like a metronome that was most valuable. As a result, Swansea had more than 50% possession in all but four games. 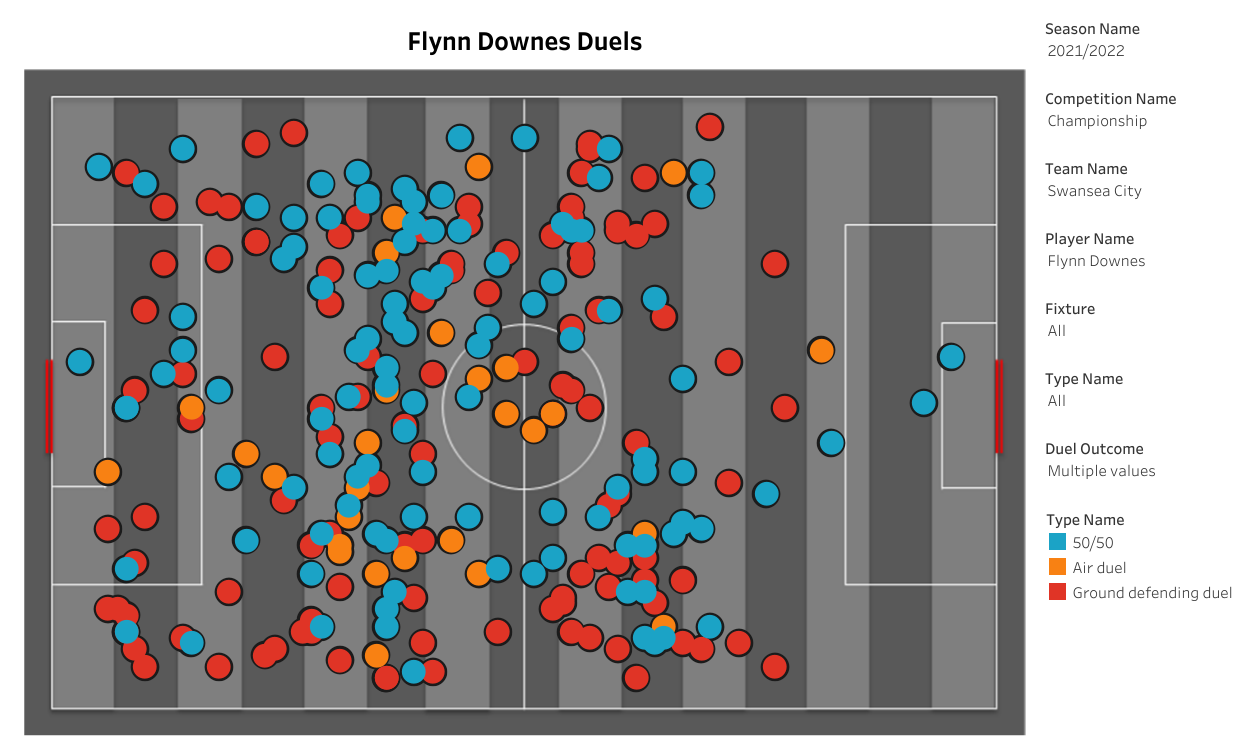 Downes won most of his duels in the centre of the park. The most common type of duels he won were the ground-based defensive duel, followed closely by 50/50s. He won fewer aerial battles. He made 78 tackles & interceptions and drew 51 fouls. The midfielder committed just 41 fouls.

Flynn Downes enjoyed a fruitful campaign for Swansea City despite the team finishing 15th on the points table last season. However, if he joins West Ham United, he would be a reliable backup to Rice and Soucek in the midfield.