West Ham United qualified for the UEFA Europa Conference League this season thanks to a seventh-place finish in the Premier League last season. They finished with 56 points and a goal difference of +9, scoring 60 goals and conceding 51. They have already signed Nayef Aguerd from Ligue 1 club Stade Rennais to reinforce the backline. However, this signing pushes Issa Diop further down the pecking order at the club to the fifth-choice centre-back behind Aguerd, Kurt Zouma, Craig Dawson and Angelo Ogbonna. With Fulham reportedly interested in signing Diop, West Ham should try and cash in on the defender as his contract expires next summer. 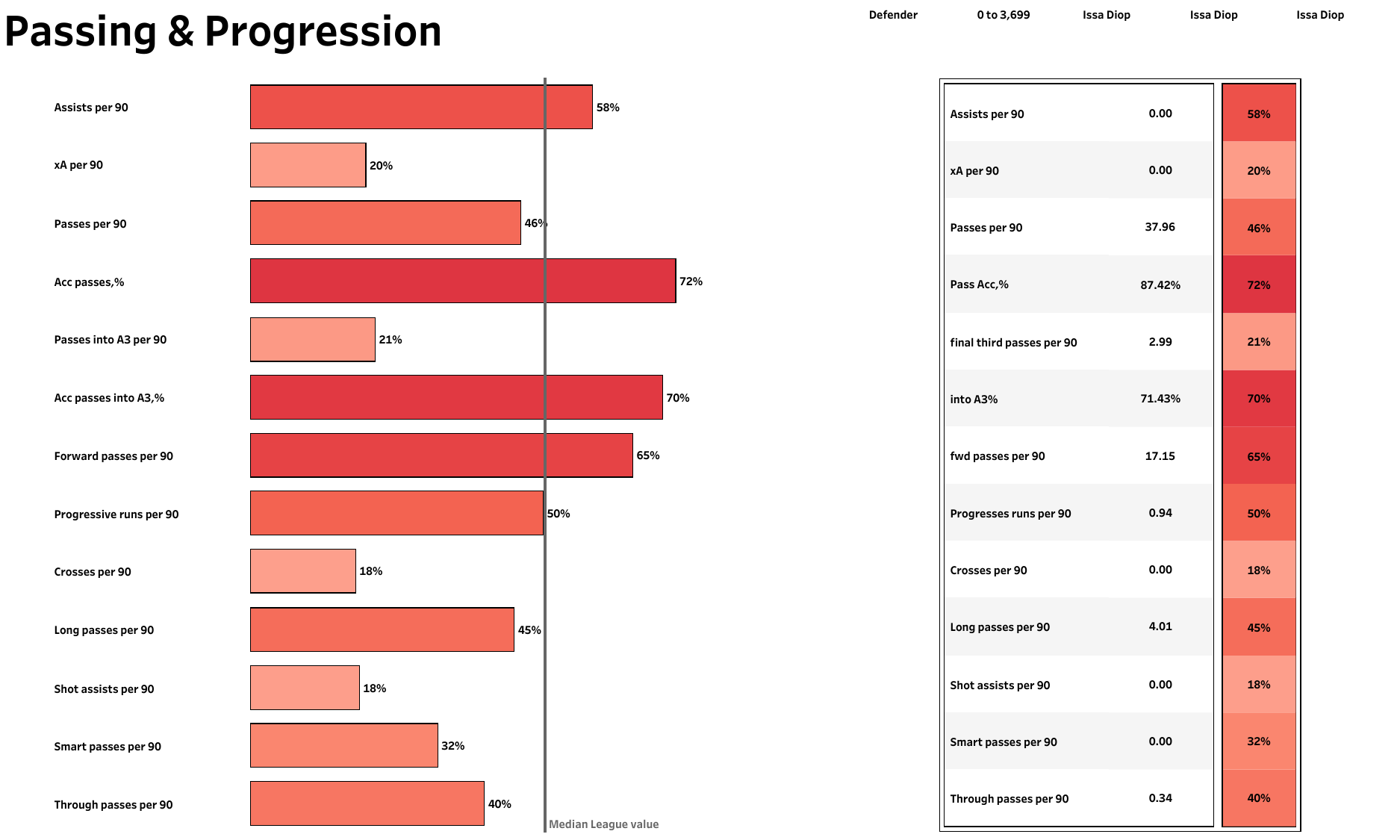 Diop featured in 26 matches across all competitions for West Ham United last season but only 13 of these came in the Premier League. He did not score a goal and provided just one assist. He attempted 38 passes per 90 at an accuracy of 87.4%. He rarely took risks in ball progression, attempting only three balls into the final third per 90, with 71.43% of them finding a teammate. Around 17 passes made by him went in the forward direction. The former Toulouse centre-back made less than one progressive run per 90 and was placed exactly at the median value. He made just over four long balls per 90, putting him comfortably in the bottom half. 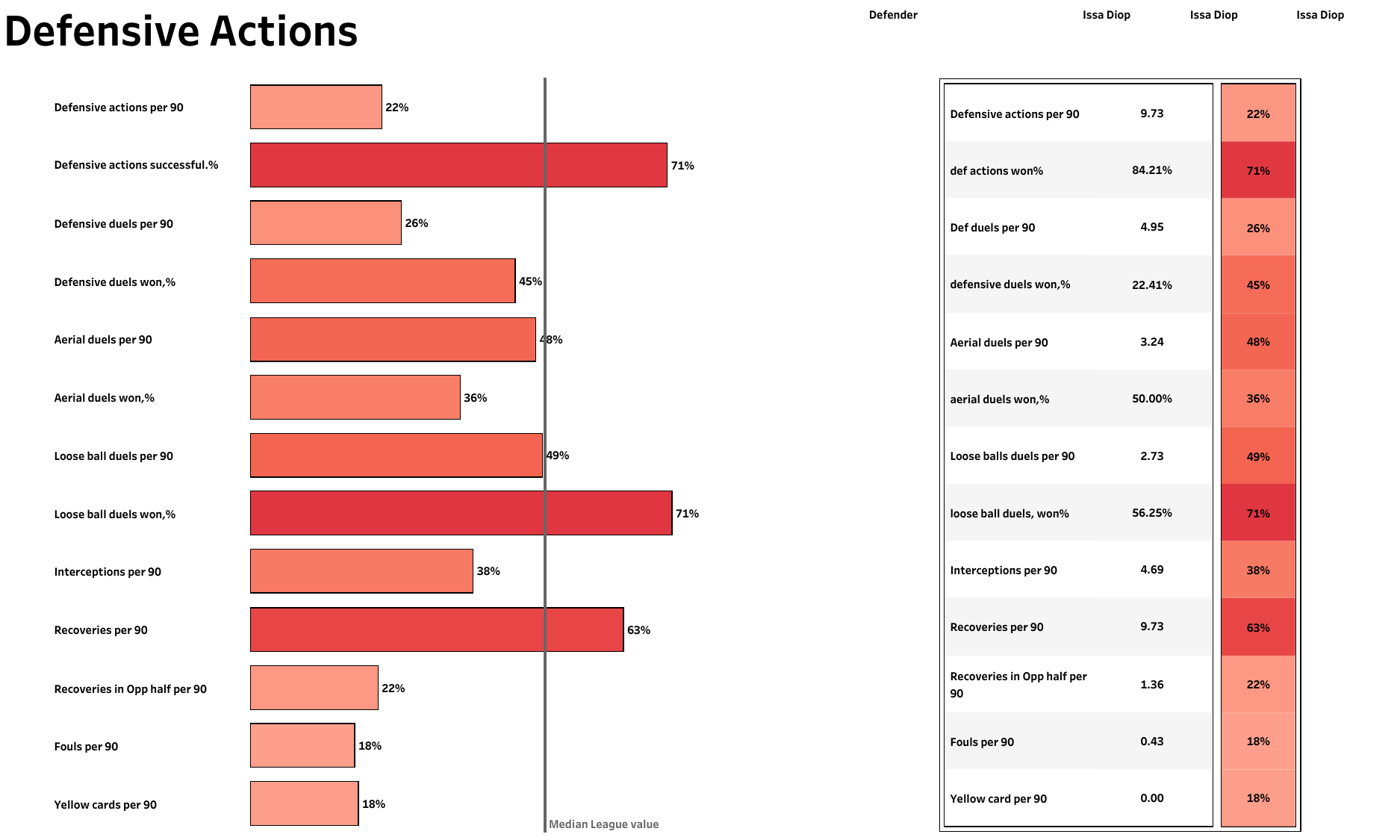 Diop attempted only 9.7 defensive actions per 90 and 4.95 defensive duels per 90, though in the former, he was more successful in ranking than in the latter. What surprises most of them was his lack of aerial ability. Despite standing at a towering height of 194 cm, the former Toulouse defender could win only 50% of his aerial duels, which put him in the bottom half among defenders. He attempted only 3.24 aerial duels per 90, also in the bottom half. However, he recovered a respectable 56.25% of his loose ball duels. He also completed 9.73 recoveries per 90. 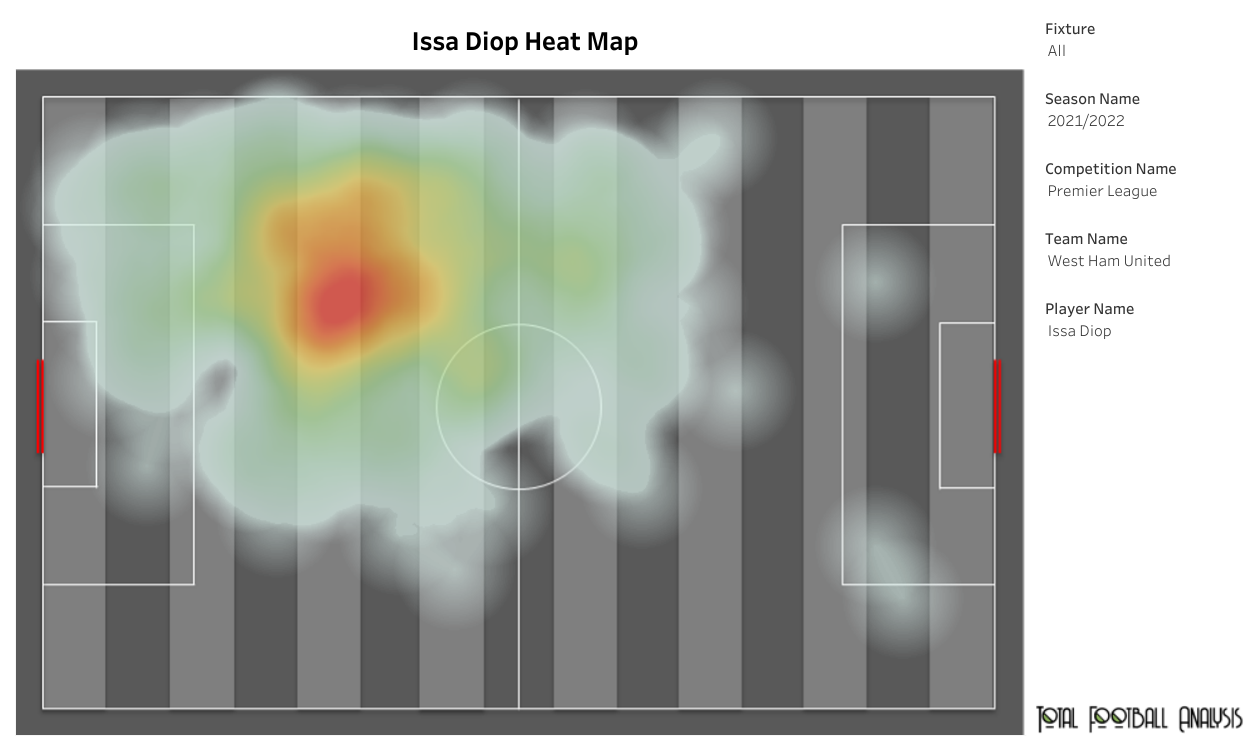 Whenever Diop played, he was most active in the defensive third as a left-sided centre-back. He rarely ventured into the opponents’ third, let alone their penalty box. With the ball at his feet, he completed only 1.4 progressive passes per 90, 1.5 balls into the final third per 90 and 1.78 progressive carries per 90. 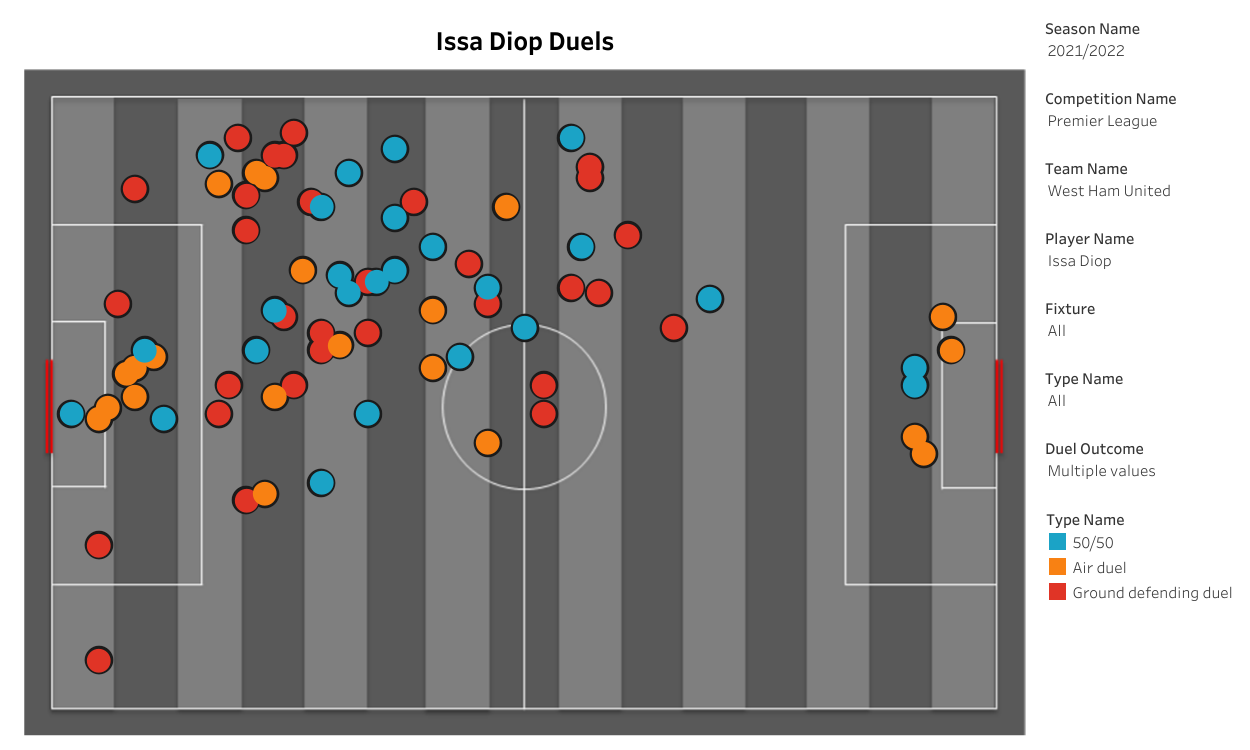 Diop won the majority of his duels in the defensive third whilst some of them came in the midfield. His most commonly successful type of duel was 50/50s and ground-based defending duels. He won far fewer aerial duels despite being 194 cm tall. He attempted only 6.73 pressures per 90 (of which 2.62 were successful), 2.43 tackles & interceptions per 90, 2.15 blocks per 90 and a whopping 4.11 clearances per 90.

With Issa Diop’s contract ending in June 2023, West Ham United would be wise to cash in on the former France youth international this summer instead of  losing him on a free transfer in the next. With Ogbonna returning from injury next month, Diop’s time at the London Stadium might be up, as he has been a hit and miss at best.