West Ham United secured European football for the next season after finishing in the seventh position on the points table. Were it not for a 1-3 away loss for the Hammers against Brighton on the last matchday of the season, they could have even surpassed Manchester United and finished 6th on the table, meaning the London team could have played in the Europa League instead of the Europa Conference League. The Hammers will want to strengthen their squad ahead of the upcoming season. They have been linked to bringing in Keane Lewis-Potter from Hull City. Here, we will assess the performances of Lewis-Potter for Hull City in the 2021-22 EFL Championship and judge whether West Ham should bring in the young Englishman to the London Stadium. 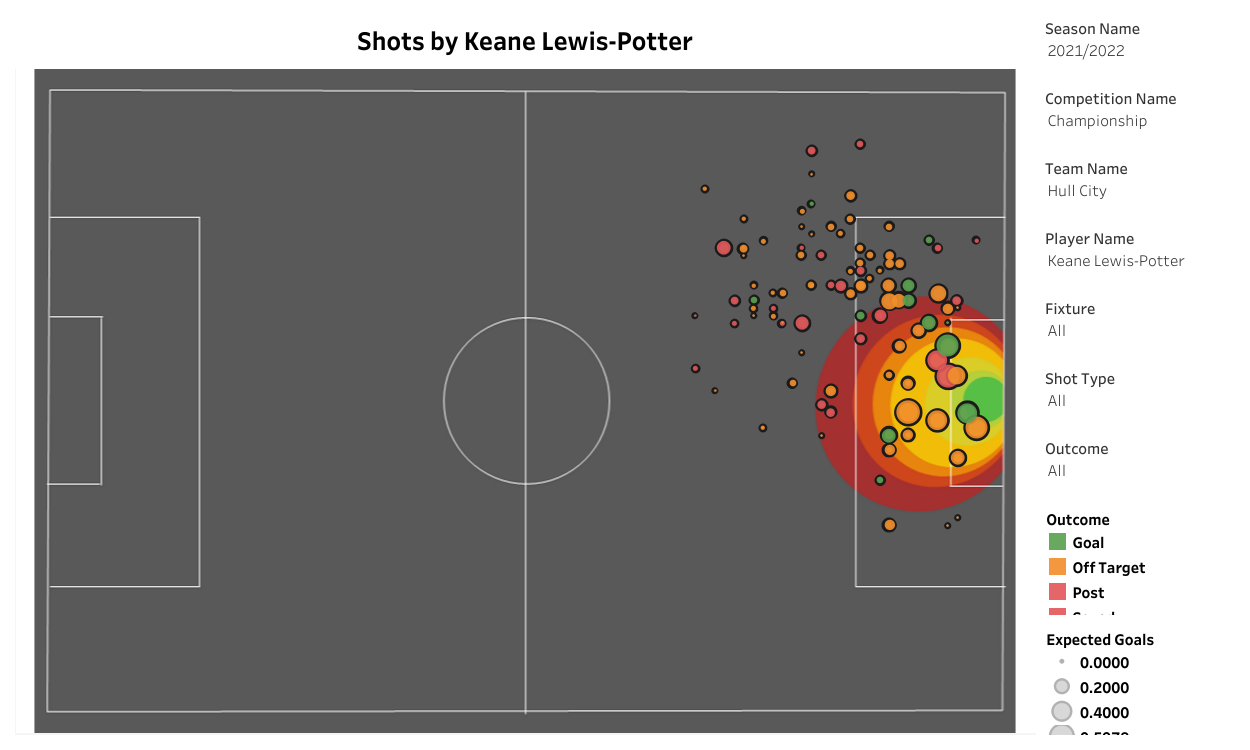 Keane Lewis-Potter featured for Hull City in all 46 games of the 2021-22 EFL Championship campaign. In fact, he played a total of 4,139 minutes, meaning he missed just one minute of action throughout the season. Lewis-Potter scored 12 goals for the Tigers in those 46 appearances. With a total of 103 shot attempts, the 21-year-old required 8.58 shots to score one goal. As seen in the above shot map, Lewis-Potter should have scored at least three or four more goals, having missed those many big chances. His shooting accuracy for the season was 35.9%. 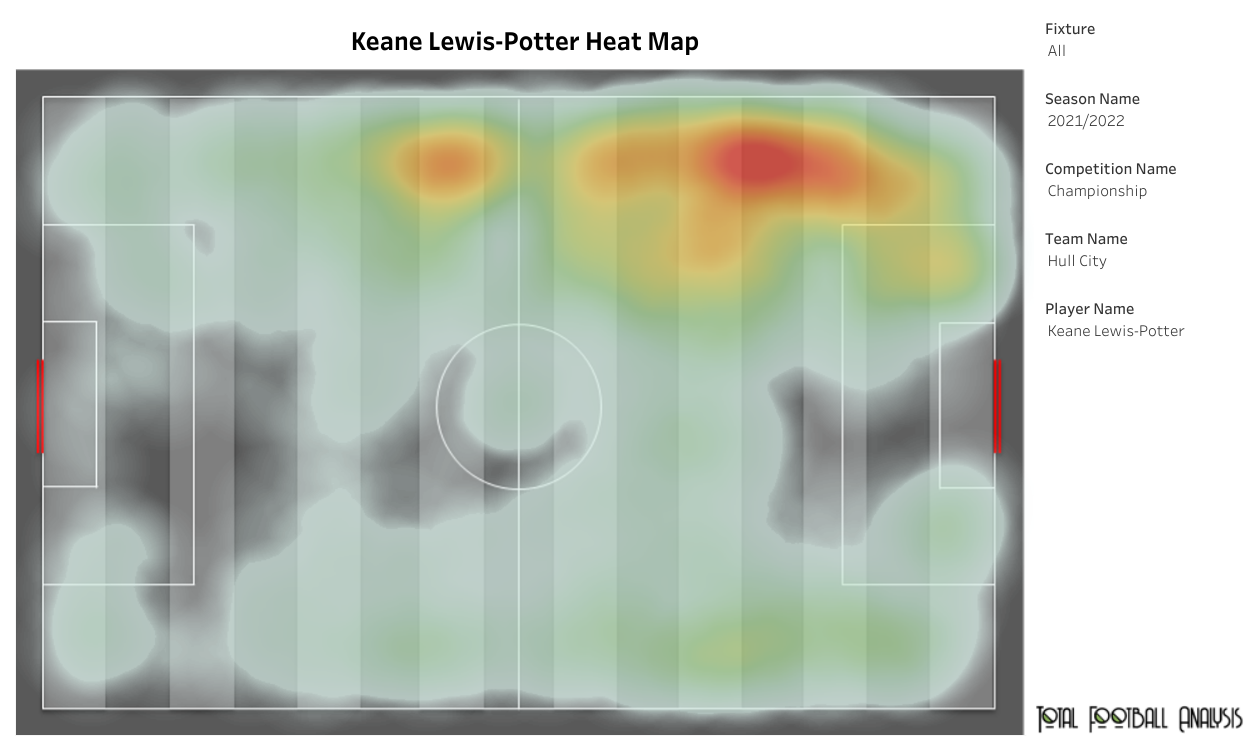 The above visual shows Lewis-Potter’s heat map. In addition to his 12 goals, the Englishman provided three assists, meaning he was involved in a goal every 276 minutes. Keep in mind that this was a Hull team that scored only 41 times all season. Playing as a left-winger, Lewis-Potter was highly influential in the final third as well as inside the opposition’s penalty area for the Tigers. He was the most dangerous attacker for Hull, completing several carries into the penalty area. 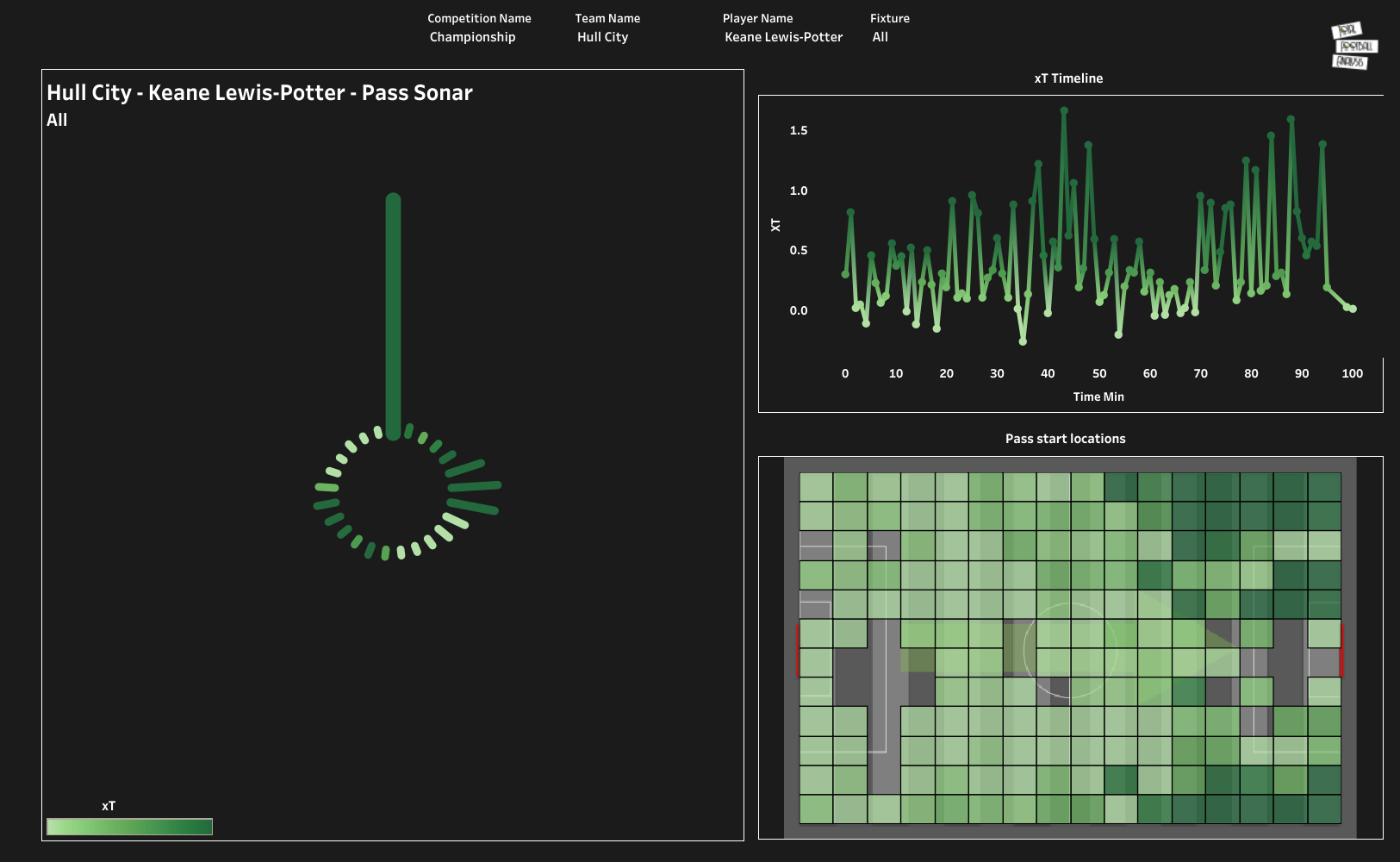 Shown above are the xT timeline, xT map and pass sonar of Lewis-Potter. The Englishman regularly created an xT value of 1.0 or higher, even hitting 1.5 on some occasions. He mostly generated threats from the left flank but some of it came from the right wing as well. His passes into the penalty area also produced as much threat, if not more, than the typical forward passes.

Keane Lewis-Potter has been, undisputedly, Hull City’s best player this season. However, despite these performances, West Ham United should be careful about bringing him to the London Stadium as this is Lewis-Potter’s only season as a regular starter in the Championship. Lewis-Potter should stay and perform at Hull City for at least one more season before thinking of leaving.