West Ham United finished the 2021-22 Premier League season in the seventh position on the points table. They finished with a goal difference of +9, having scored 60 times and allowed 51 goals. To challenge the top six next season, West Ham need to reinforce their squad across all departments. In defence, one name who has been linked to joining the Hammers is Everton’s centre-back, Michael Keane. In this article, we will explore where Keane might fit in at the London Stadium. 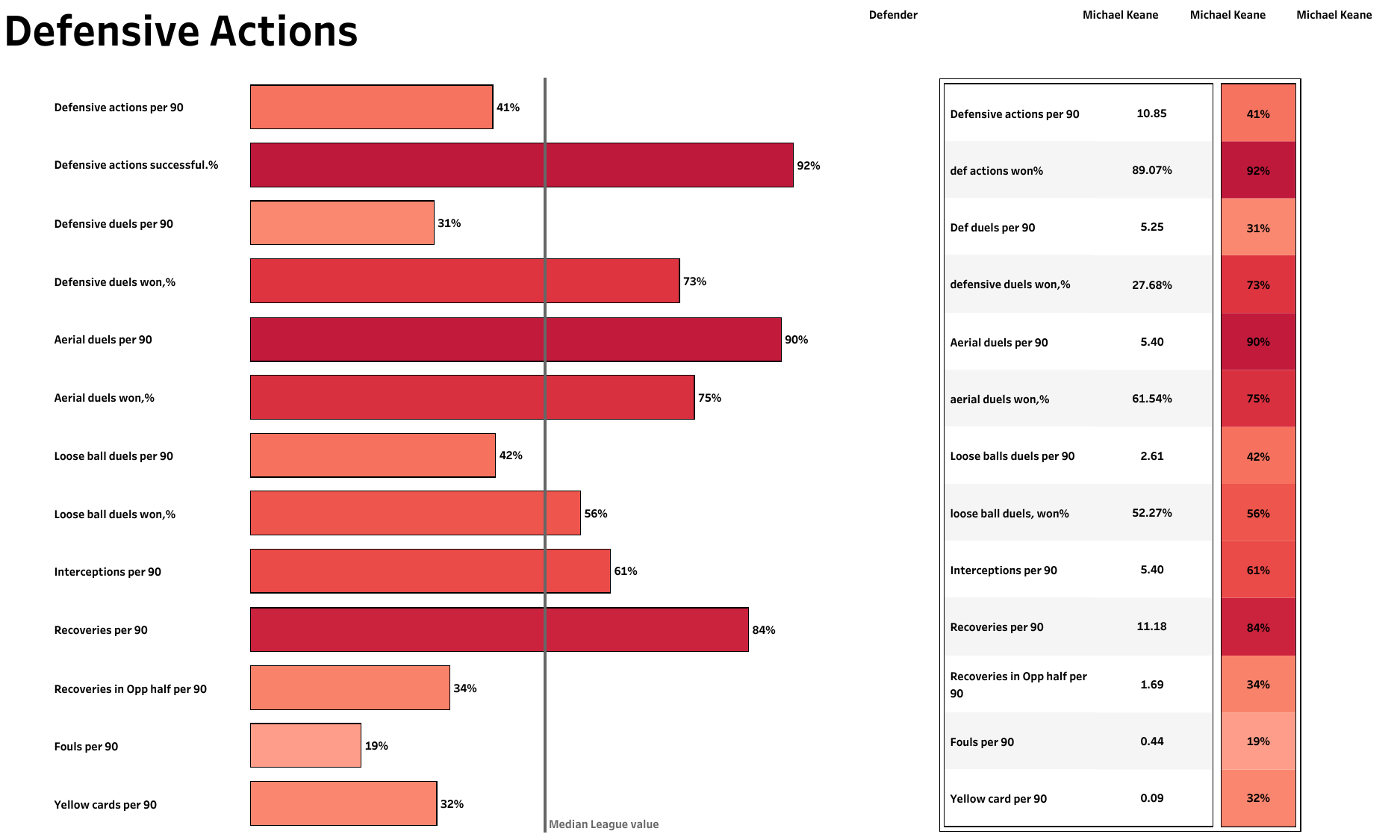 Keane featured in 32 games for Everton in the Premier League season just gone, playing just under 2,800 minutes (2,792 to be precise). Keane attempted 10.85 defensive actions per 90, and his success rate was a very high 89.07%, which ranked him in the 92nd percentile for defenders. The 12-capped Englishman also attempted 5.25 defensive duels per 90, winning 27.68% of them. Keane attempted 5.4 aerial duels per 90, and that put him in the top 10% for defenders. His aerial duel success rate was 61.54%, which ranked him in the upper quartile. 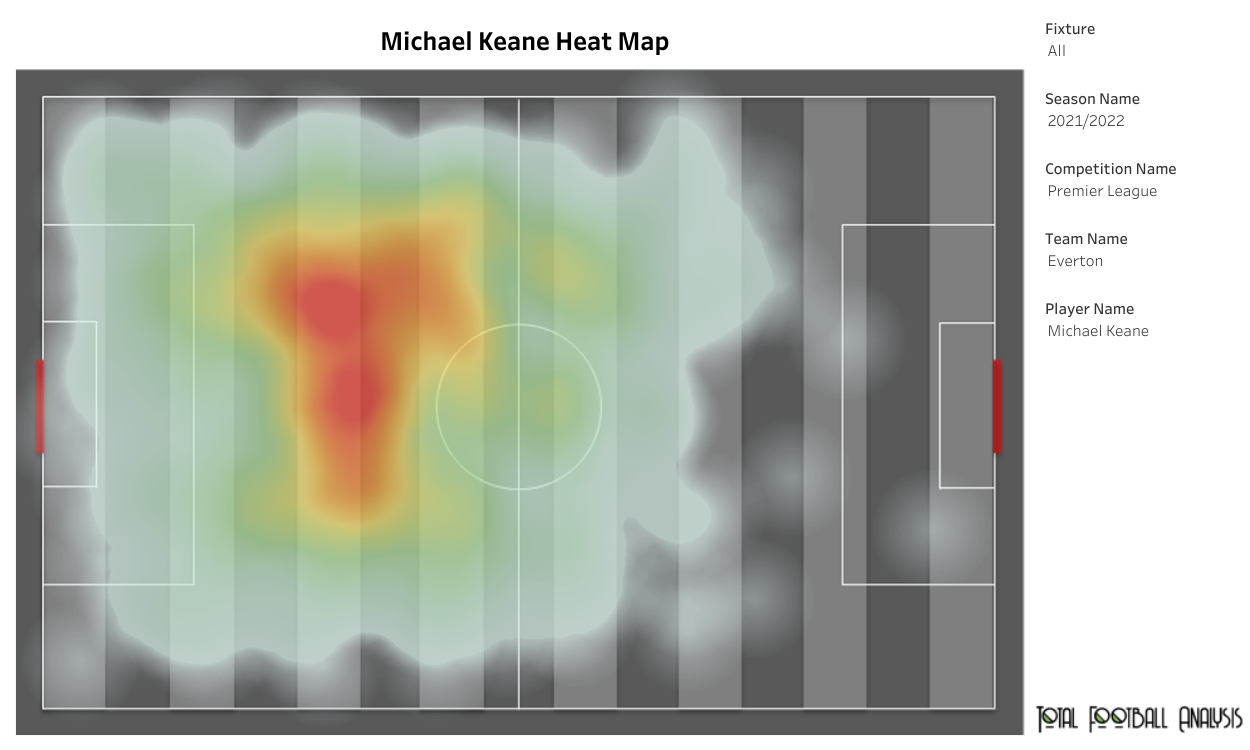 Keane’s heat map from the 2021/22 EPL season is shown above. Keane was most influential in the zone between his penalty box and the midfield, snuffing out danger whenever possible. He also launched attacks from the back with his long balls, progressive passes and balls into the final third. He did occasionally go into the midfield when the Toffees were on the offensive, but he was the main man in defence for the Merseyside team. 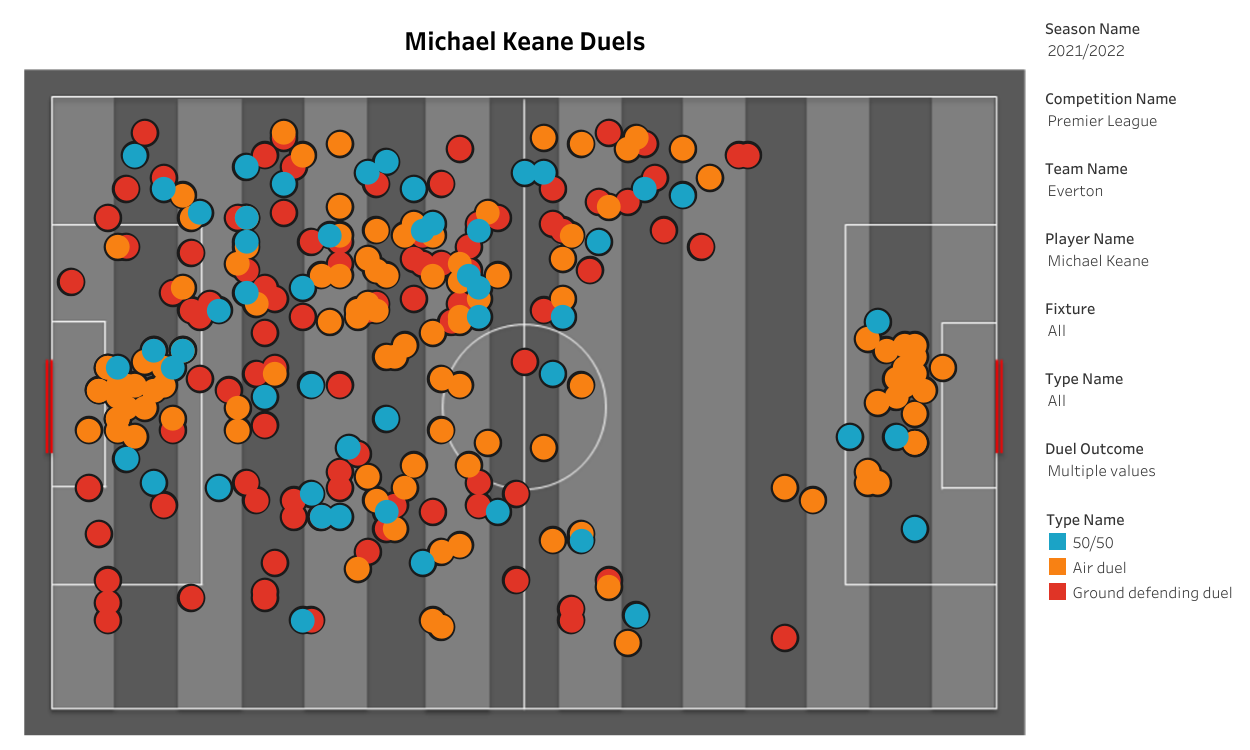 Keane’s locations of the duels won by him in the 2021 EPL season are shown above. As a centre-half, most of Keane’s duels were aerial and ground duels as he won fewer 50/50s than the other two types of duels. Keane won aerial duels in both the penalty boxes as he deviated headers away from his box and directed the same towards the opposition goal, mostly from set-pieces. He won the majority of his duels in his third and in midfield. 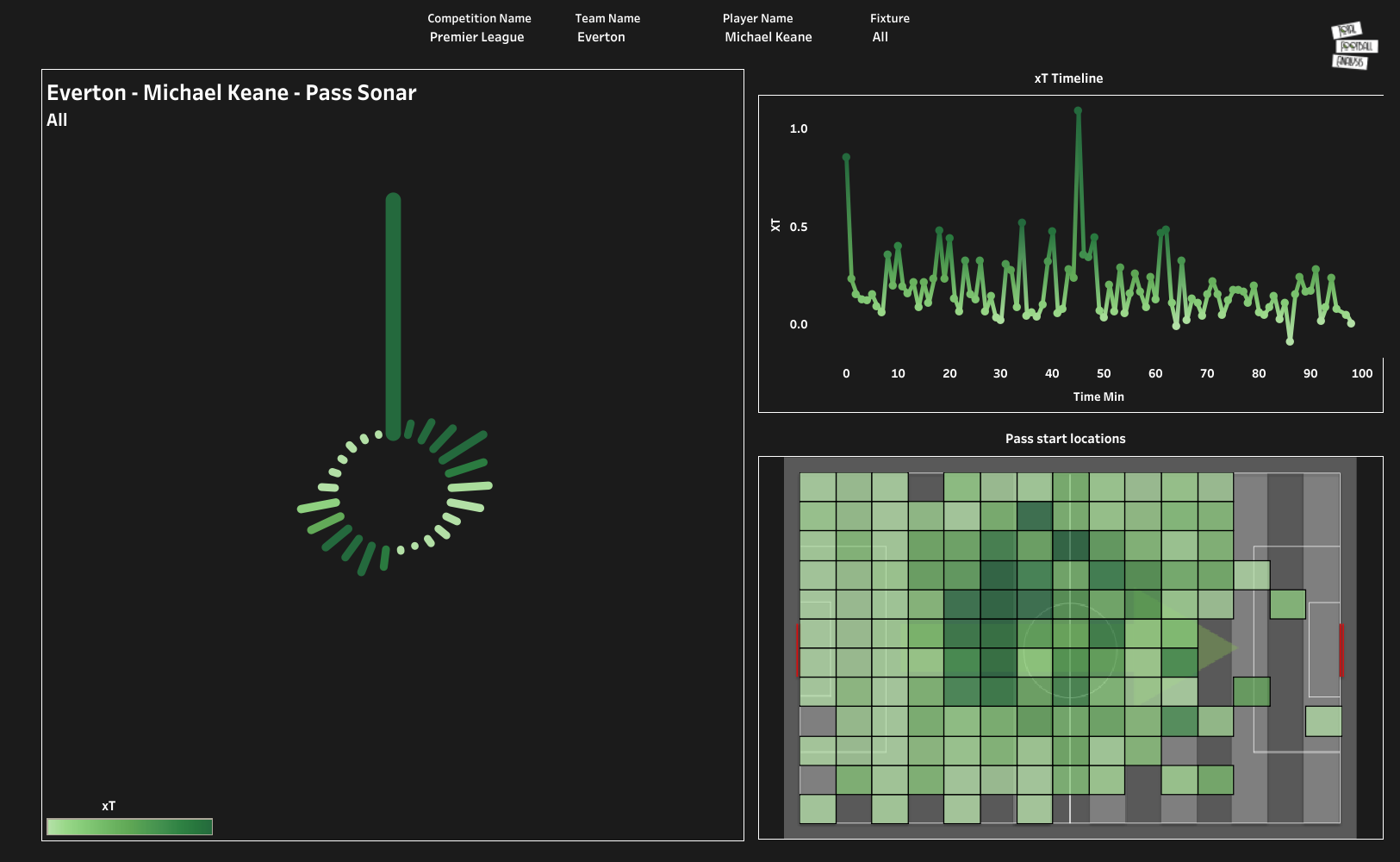 The above visual shows the xT timeline, xT map and pass sonar of Keane in the recently concluded Premier League season. His average xT value generation hovered just below the 0.5 mark, and he occasionally touched 1.0. Most of his threat creation came from the edge of the defensive third and midfield, and the majority of his xT was in the form of forward passes.

Michael Keane was the best defender in an Everton side that massively underperformed in the 2021-22 Premier League season relative to expectations. But having survived relegation, it may be difficult for West Ham United to lure the former Manchester United and Burnley man away from the Toffees.

Transfer Talk: Alvaro Morata – Could the Spaniard be the solution to West Ham United’s attacking woes?