West Ham United are back in action in the Premier League as they welcome Watford to the London Stadium on Tuesday. The Hammers survived an upset in the FA Cup, where they saw off Kidderminster Harriers in extra time, while Roy Hodgson’s life at Vicarage Road began with a goalless draw away at Burnley.

West Ham advanced to the next round of the FA Cup with a difficult 2-1 victory over bottom-tier Kidderminster Harriers on Saturday. David Moyes’ side will now turn their attention to the Premier League, where they have lost their last two games to Leeds United and Manchester United, respectively. With 37 points from 23 games, the Hammers are currently fifth in the standings, one point above Arsenal and just outside the Europa League qualification spot. 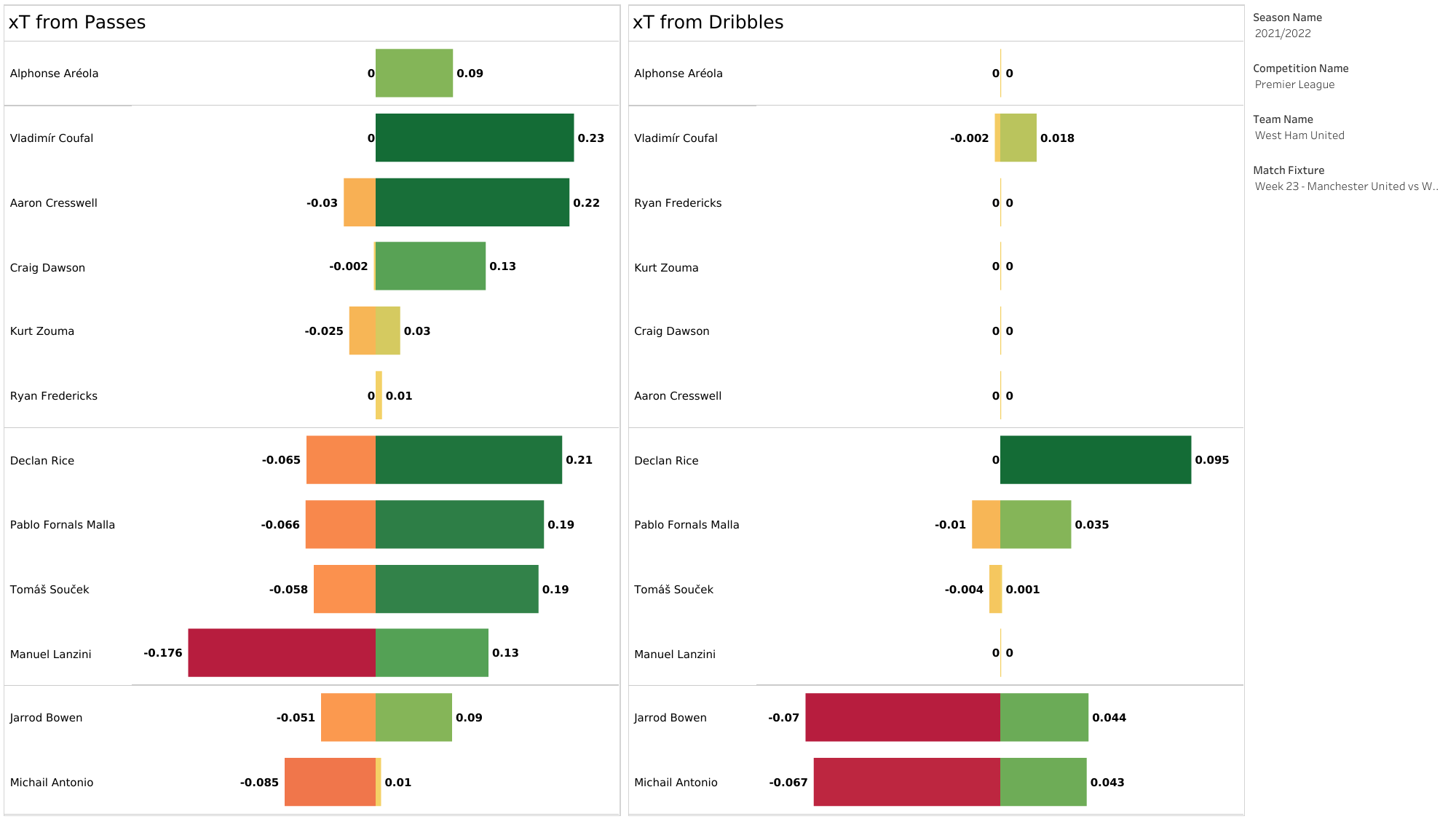 West Ham United almost secured a point from their last game against Manchester United, but the Red Devils struck late to deny the Hammers all three points. They did play a decent game and created a few chances. Most of their players had a high xT from their passes, with their captain, Declan Rice, generating the highest overall xT from his passes as well as the dribbles he attempted. 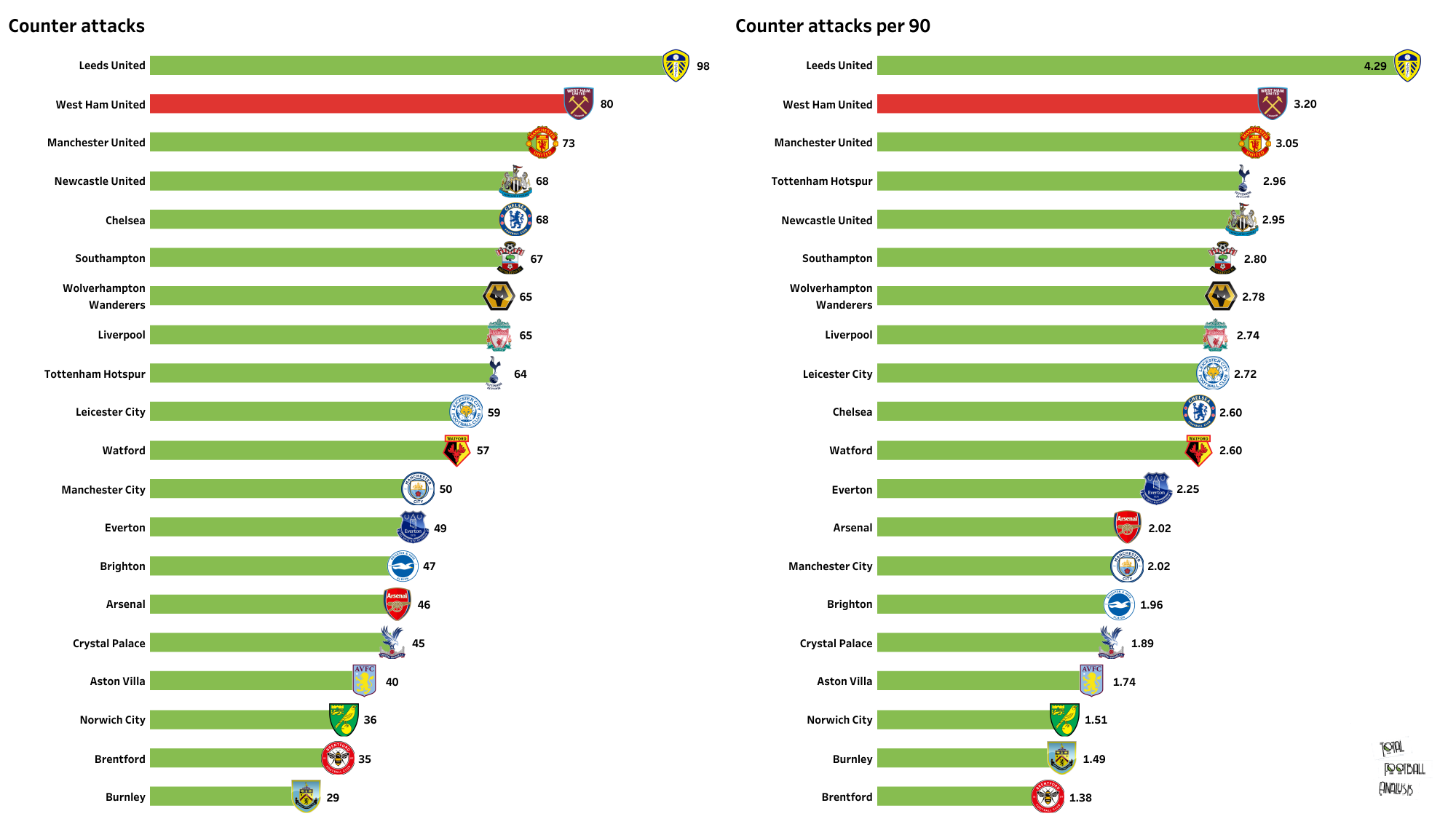 Watford, on the other hand, struggled to find their feet last time out, playing a goalless draw against Burnley. The Hornets have gone winless in their last ten games, with only two draws and eight losses. This poor run sees Watford sit in the relegation places as they are currently 18th with 15 points from 21 games. Norwich City are only one point clear of Hodgson’s men, having played a game more. 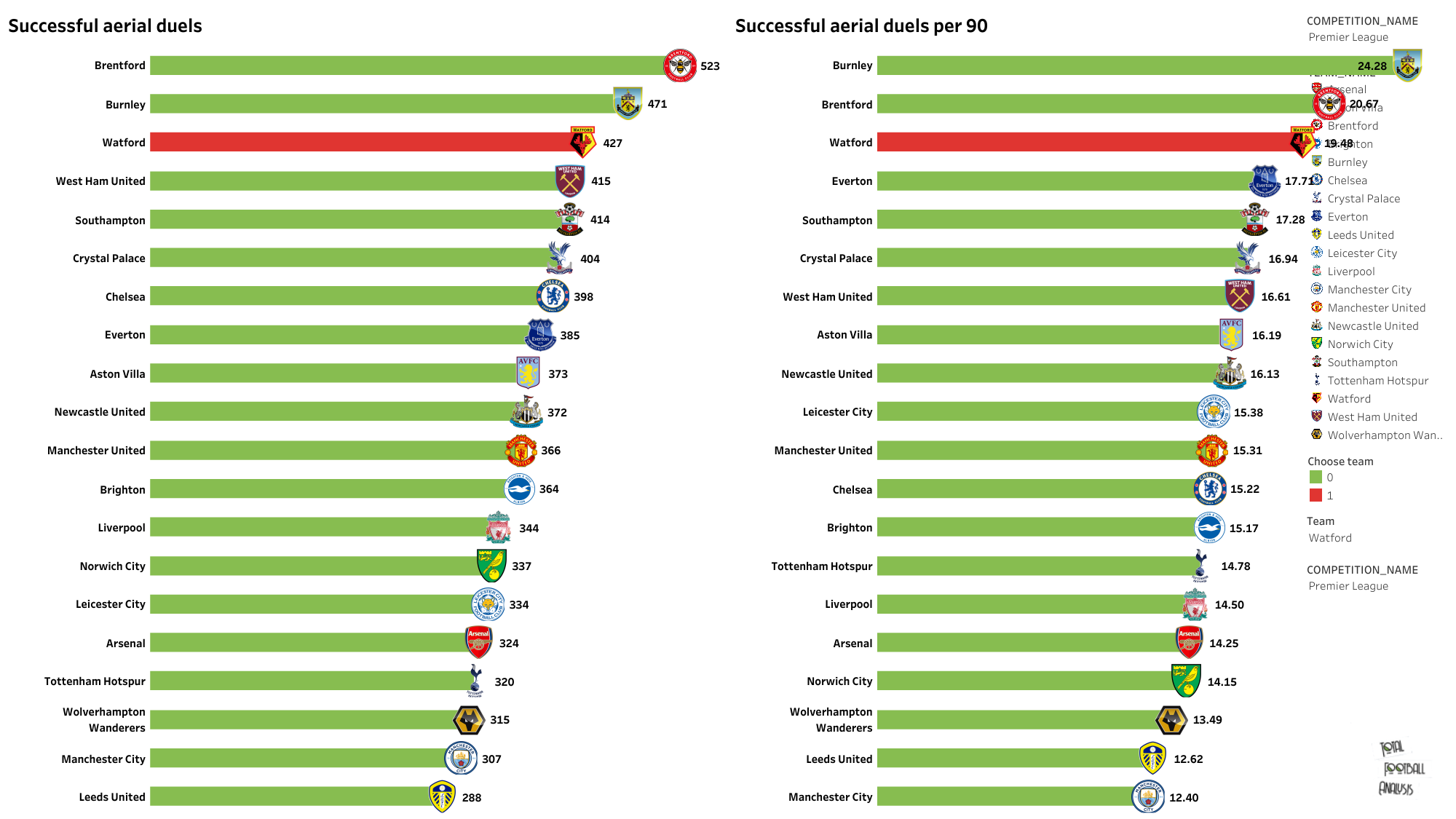 Watford have attempted a total of 904 aerial duels and have won approximately 50% of their total aerial duels. They have won 19.48 duels per 90 minutes but have still struggled to stop the opposition attacks. They only managed to keep their first clean sheet in the 23rd game they have played this season and have conceded 40 goals so far. They will have to put up better defensive performances to get positive results and try to move out of the relegation zone. 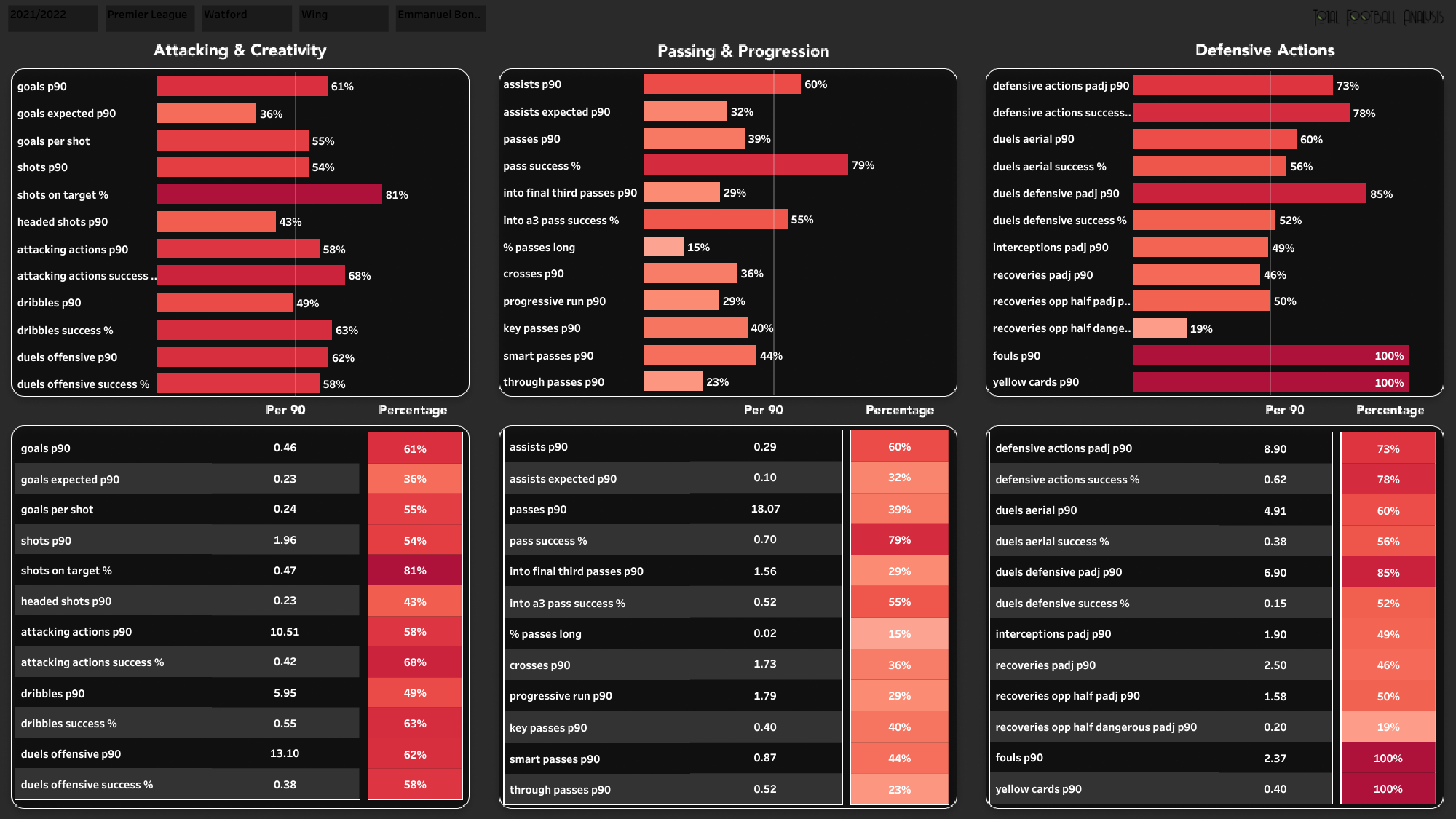 Emmanuel Dennis has been Watford’s top scorer this season with eight goals and has also provided five assists. He was sent off after receiving a second yellow card against Norwich City but will be back in the squad for their trip to West Ham. Dennis had an xG of 0.23 per 90 minutes and has completed 42% of the attacking actions he has attempted. He has had a huge part to play in Watford’s performances and will try to bring back his goal-scoring form for his team.

West Ham ran out comfortable 4-1 winners at Vicarage Road during the two teams’ first meeting of the season. That match marked the Hammers’ fourth successive victory over the London rivals, during which they have scored at least three goals in each dominant success.