West Ham United edged past Wolverhampton Wanderers on Sunday as the Hammers secured a narrow 1-0 win to revive their top-four hopes in the Premier League. West Ham should have scored at least once on either side of Tomas Soucek’s winner, which came after their least convincing spell. It was yet another disappointing home result for West Ham in the previous gameweek as they were held 1-1 by Newcastle. Despite losing only twice in their last 11 games, the Hammers’ performances have been poor in recent weeks.

Michail Antonio has struggled to show the form he displayed at the start of the season when West Ham started on a high, but the goals have dried up for the striker as he has not scored in his last seven games in the Premier League. The Jamaican striker has only managed two goals in his last 16 Premier League games. Strikers sometimes go through dry patches, but it’s not just the lack of goals, as he has barely contributed towards West Ham performances. 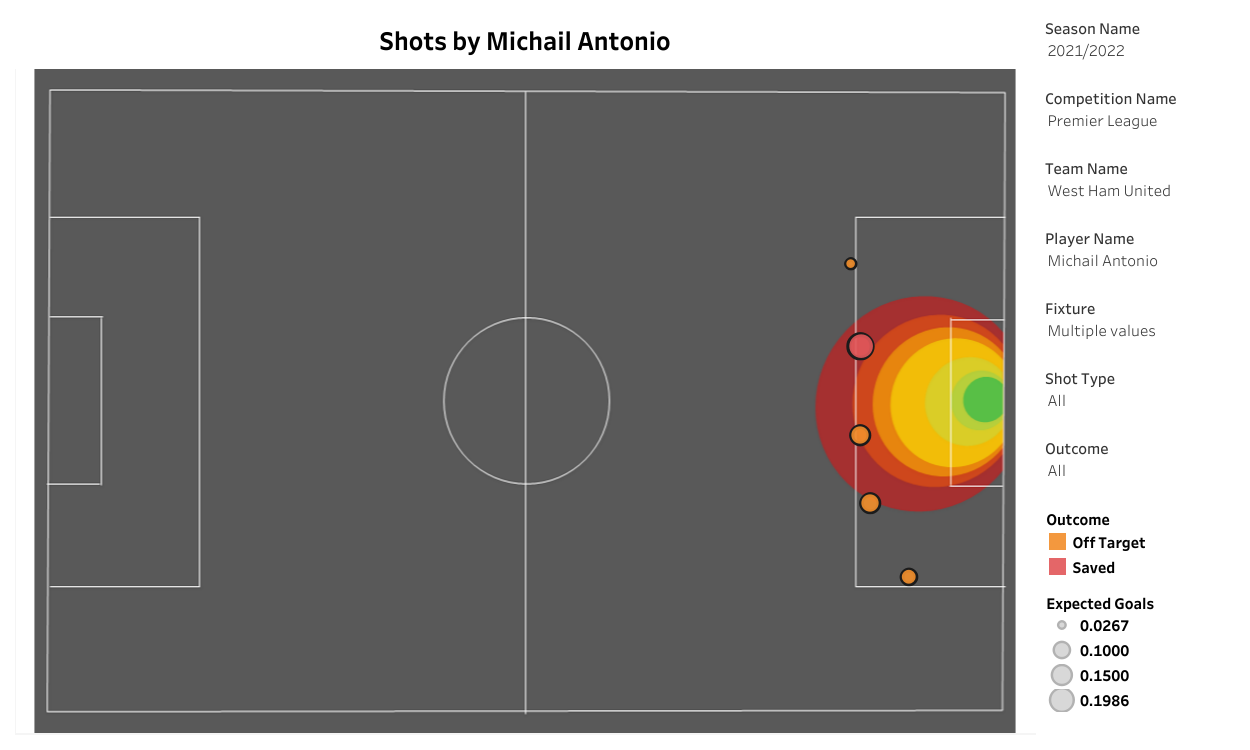 Antonio’s hold-up play has not been good enough, and he has also not been in the correct positions. It’s opposite to the performances that Antonio put up at the beginning of the season. The striker only has five shots on goal in his last seven games with only one shot on target. Manager, David Moyes, desperately needs to try something else as a vital stage of the season is upon us with games in the Europa League, FA Cup, and against Europe-chasing rivals in the league approaching.

West Ham’s inability to break down sides in a low defensive block has been identified by teams, and they have been doing so to avoid the Hammers from scoring. David Moyes needs some creativity up top, which can lead to Jarrod Bowen starting as a number nine. To take Bowen’s place in the midfield, Moyes has the option of picking Nikola Vlasic in his attacking midfield. He’s a direct runner, capable of quick combination play with his passing, and works hard off the ball. Vlasic is comfortable playing as an attacking midfielder and can also play on the right side if needed. He is most threatening when he plays on the left flank as he can cut in and take a shot on goal or put in great crosses into the penalty area. Vlasic works hard out of possession, and on the ball, he provides the creativity and energy West Ham have needed in recent matches.

The above visual shows us the attacking and creativity stats for Vlasic. The stats indicate that Vlasic has attempted 7.76 attacking actions per 90 minutes and has completed 47.37% of these actions. He ranks highly for the number of offensive duels attempted per 90 minutes as he has attempted 16.53 duels on average and has completed 41% of them. The metrics indicate that most of his stats are significantly higher than the median league value.

West Ham failed to sign a striker in the January transfer window at a time when they needed one the most. But the Hammers have to fight with the squad they have at their disposal. Antonio can still be impactful off the bench in the closing stages of games to add physicality, but it feels like time for David Moyes to try out new attacking combinations in the front four, which can give West Ham an edge over their opponents.